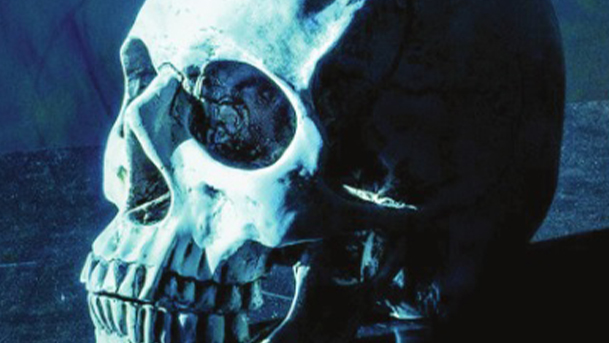 Greetings Otherworld travelers, and welcome to our final promotion of the week!  It’s been a super busy one, and that speaks to the amount of great stories that have been coming our way lately.  We’re sending you into the weekend with another great tale, especially if you’re into sci-fi epics.  Read on to learn more about HALL OF SKULLS.

One of the first things you’ll notice about the work of author Jamie Eubanks is that her stories are dynamic and rich.  So it is in her award-winning latest, HALL OF SKULLS, which takes her incredible talespinning talents, and spreads them the vastness of space.  Indeed, her latest is a fantastic foray into unfamiliar territory.  While some of these concepts have been explored before, it is the way that Eubanks unravels them that makes the story pop.  A delightful cast of characters gives the story a punchy feel, and intrigues enough to follow from one event to the next, but there are scenes and sequences that will leave readers gobsmacked, unable to read any further until they process through what just unfolded. 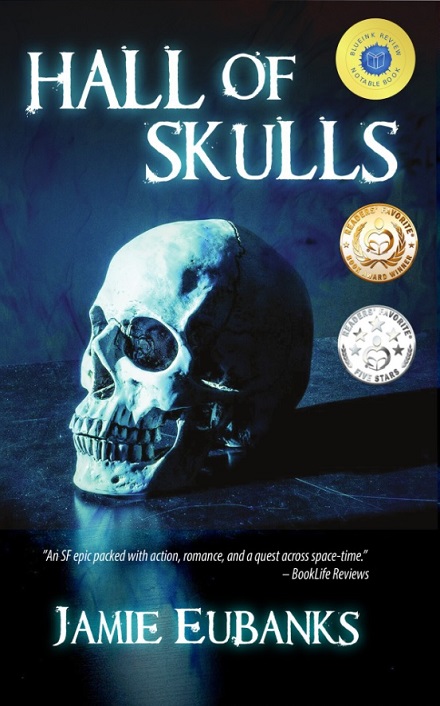 An abduction kicks off this sci-fi adventure of an alien incursion, genetic manipulation, and interstellar travel.

When Kai of the House of Koa is chosen as the new provisional leader, Mokuteki law decrees he must prevail against a brutal challenge. Once the ritualized testing phase begins—one designed to break both body and spirit—Kai discovers more than his title is at stake. As part of that challenge, while blindfolded and chained, he learns his betrothed, Asher, has been abducted.

In his search for Asher and truth, trading deeds for information, Kai must not only face the alien invaders which attempted to conquer his world but must fight against time and space. Believing his future and that of Asher are inexorably entwined, he discovers his only hope is to unlock the ancient technology and secrets that lie within the Hall Of Skulls.

HALL OF SKULLS moves forward at a brisk and enjoyable pace, and it keeps the reader’s attention, never letting go. While the story is fully fleshed out—and truly, an epic experience—it will still leave readers wanting more.  Eubanks has explored different genres thus far, but there is enough runway left in the world that she’s created here that she could sling back around, scouring the far edges of the universe and delivering more great sci-fi beats.  Even if she doesn’t, her story ends with all the excitement and resolution that you’d want from your newest favorite sci-fi.  Don’t delay.  Check out HALL OF SKULLS on Amazon today!

One thought on “Science Fiction Promo – HALL OF SKULLS”