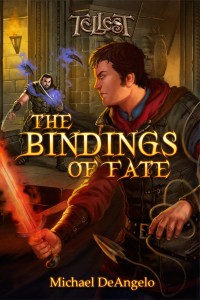 The realm of Tellest is filled with bloodlust, greed and violence. Long has the world been thrust into turmoil, driven by the insatiable urge of man’s conquest, and whatever rewards can be earned from the end of a blade.

But so, too, are the lands a place of courage, valor and sacrifice. Brave men and women across the world will stand up to the tyranny of the power-hungry kings, or be swept away by it. 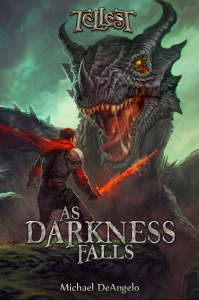 War continues. Life finds a way. Though the glorious city of Atalatha stands, turmoil still engulfs the whole of Raleigh. Blacklehn remains determined in its quest to ruin the city of wonders, and employs new allies to help meet that end. Meanwhile, Kaos Kreegan learns that his fate is not meant to be a peaceful one. New allies and old friends alike will stand beside him as he sets out to protect his fair city against some of the most ferocious creatures in existence.

Scars appear. Hope remains. With Atalatha safe from the encroaching darkness of the north, its denizens celebrate the rise of a bright new day. Still, not everyone is content with the price of victory. Kaos Kreegan has dissapeared, and dark forces continue to look for him. While excavating the burial site of a forgotten hero, the dwarf Miter Coldwhistle unleashes an ancient evil that threatens the very planet. When Retrus O’Ryan, wielding the mighty gauntlet Azaros, crosses paths with Miter, the future of Tellest lies in unsteady hands. Meanwhile, Christopher Linus and Steel Tip journey north to the opposing country of Blacklehn. The city of Clifton is said to have been destroyed, and they need to see the truth with their own eyes. Before long, just surviving the harsh country is an adventure in itself.