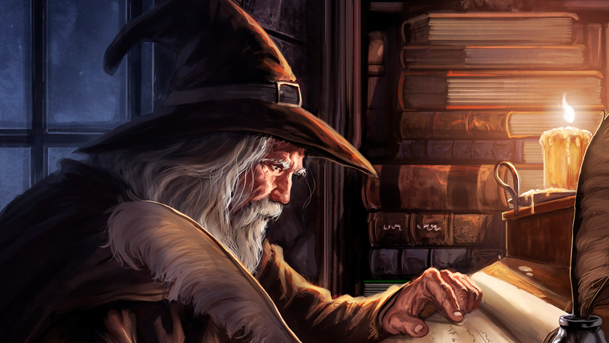 It has been a long time coming, but we are starting to get to the point where we are expanding some of our offerings.  We’ve got things like sticker clubs and posters and more, and we’re beginning to work on audio accompaniments to the stories we’ve told.  Case in point, this post, where you can listen to a preview of the upcoming audio companion to Midwinter Requiem, a story that was released seven years ago that I’ve now narrated.

The full version has released on Patreon, an exclusive for patrons until the audio is curated into one collection.  But here, you’ll get this taste of what it sounds like to see if it might interest you.  I hope you enjoy this tease!

Flecks of silver snow drifted over the golden glow of the bonfire built between the three hunting brothers of the Coldwhistle Clan. The night air blew cold through the low valley, surrounded by snow-capped mountains on all sides.  The smell of ash and pine filled their nostrils as they sat, absently gazing into the flames.  Baldur, the youngest of the dwarven band, gulped greedily at the leather skin of ale his eldest brother handed him.

“Easy, lad,” said Einar with a mischievous smirk, barely visible under the black braids of his grey-streaked beard.  “Yer likely to put the fire out if you canna steady those shakin’ hands of yers.  An’ there’s no tragedy so terrible as wasted ale.”

The middle brother, Gudbrand, leered reproachfully at Einar through the disheveled raven hair that slightly obscured his vision.  “I don’t think it’s the cold that has him shakin’, brother.  The lad’s felled his first beast today.”  His dark green eyes met his youngest brother’s from across the fire.

“That tender heart of yours will harden when the hunger sets in.  You’ve done well, Baldur, for bein’ such a young whelp.”

Baldur wiped the ale from his auburn stubble and looked at the motionless face of the small white fox, bound tightly with ropes and pelts atop the pile of dead creatures stacked neatly in their oak sled.  The elder dwarves laid claim to the mound of stag, boar, and goat carcasses that would feed the clan for at least a fortnight in the Frostveil, while he contributed only one small beast.  The creature’s black eyes glowed red from the fire light, and Baldur looked away, ashamed.

“I’m not bothered, ye old codgers,” he said defensively, giving Einar a light punch in the arm.  “It’s… It’s only the cold.”

Gudbrand looked up from sharpening the stone tips of his arrows and gave Baldur a harsh look.  “Ye don’t know what cold is yet, laddy.”

Einar gave an incomprehensible grunt of agreement and swept away the light dusting of snow on the ground to reveal a few blades of green grass.  “This is as mild weather for hunting beyond the mountain I’ve seen in twenty years or so.  See?  The ponies can still feed themselves, and they’ll be nice and strong to pull our bounty back to the Frostveil.  A fine feast we’ll be havin’ when we bring this lot back. Mmm, I can already smell the mutton!”  His eyes wrinkled into a happy squint beneath his bushy eyebrows.

Gudbrand shook a newly sharpened arrow tip at Einar and sighed deeply.  “You know, you’re the eldest.  You should be tellin’ the lad tales of the clan, not fillin’ his head with thoughts of food and the comforts of home.”

Einar’s eyes grew slightly sad, and he looked up at the soft glow of the moon through the billowing clouds, watching the snow dance lightly against the black night sky.  “Goddess willing ye both live as many winters as I, and you’ll find your thoughts always find a way back home.”

Eager for the distraction and emboldened by the ale, Baldur looked pleadingly at his eldest brother.  “Go on then; tell me a tale of the clan. One mother might have blessed herself at hearing.”

Einar bellowed a hearty laugh.  “Bless her memory, you might not have known the woman long, but she certainly kept you close to her teats while she had ye.”

The wind howled sharply as the three brothers fell silent, each lost in their own remembrance.

“All right, lad, I’ll tell you the tale… the tale of our first queen.”

Baldur arched an eyebrow.  “We had a queen?  I thought all the clans are ruled by kings.”

Einar nodded with an annoyed grunt.  “Aye, they are now, and for a reason.  But if you don’t shut yer mouth, you’ll never hear the truth of why we’re called the Coldwhistle Clan.”