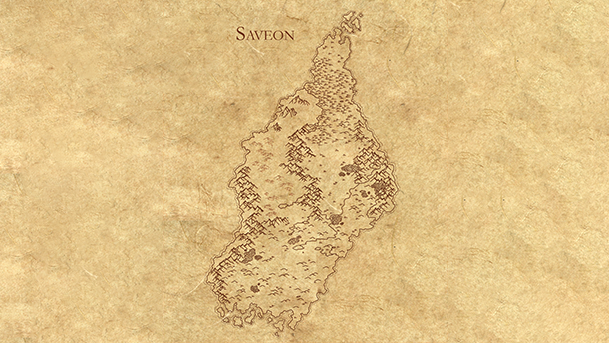 Hey there!  We are back with another new Tellest map.  Today we’re going to be spending a little bit of time in Saveon.  As I said a few weeks back, I’ve been putting a lot of work into the Tellest World Anvil, so if you want to see the world and be able to interact with it, you can certainly head over there.

Let’s not waste too much time, and just jump right in!  This is the next map we’re looking at, Saveon. 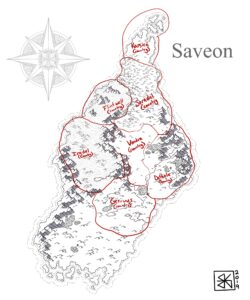 So this first look shows us the various countries that you’ll see.  There’s some cities in the image as well, marked by little red dots.  And then anything not included in a red circle is untamed wilderness not belonging to any specific nation. 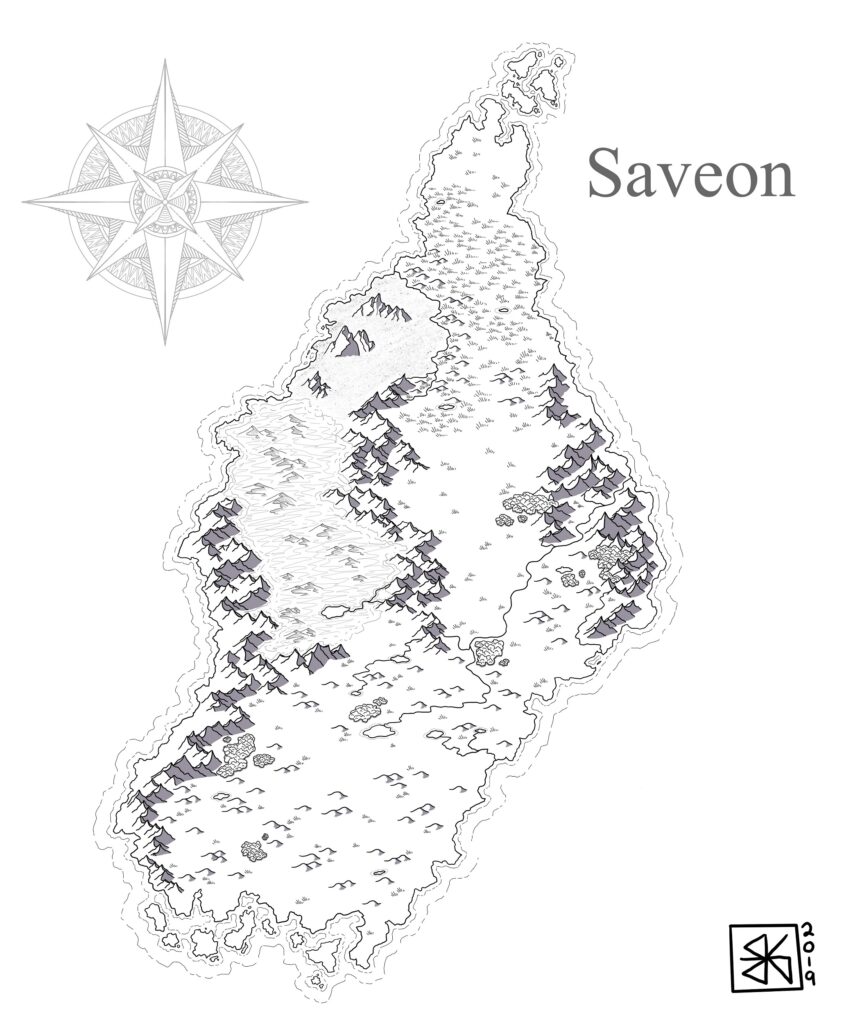 Here we have a cleaned up version of the continent with no overlay.  Saveon isn’t quite as large a continent as Lustra, but it’s perhaps more varied in its various biomes.  There’s deserts, savannah, even a volcanic wasteland!

And I also decided to keep things moving with the parchment versions that I’ve been playing with. 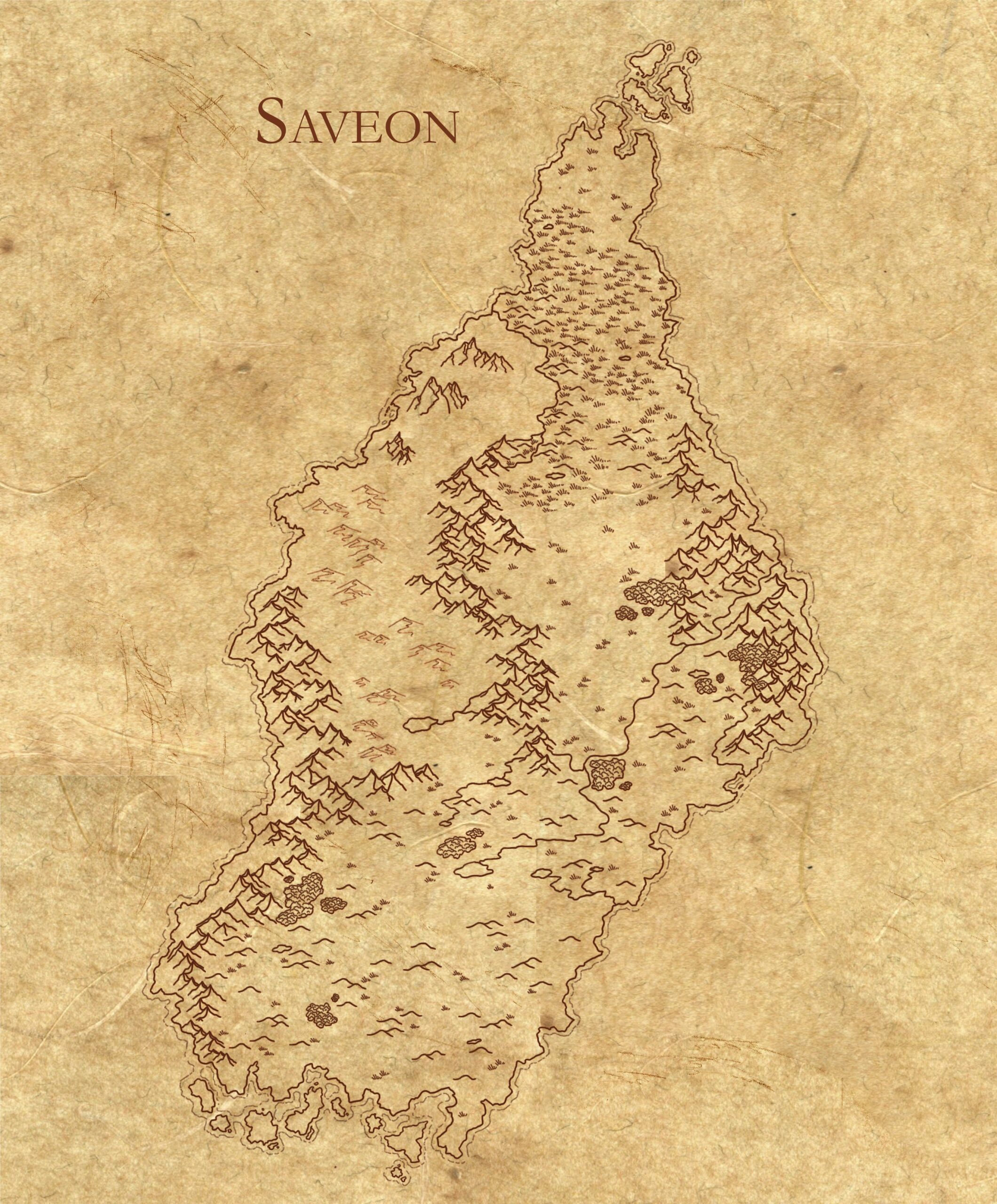 Just like with Lustra, I’ve got an Inkarnate map waiting in the wings as well.  You’ll see that one soon.

Saveon is a place that we’ve spent only a small amount of time, though I’m at least a little familiar with it because of the characters who hail from there.  We actually spent time with Kaiyonani and Talarus there.  And Lyla, Seeger and Retrus are from the northern part of the continent as well.  Finally, there’s a character I’ve been working on, The Desert Wraith, who is from there as well.  Perhaps we’ll see more of her soon.