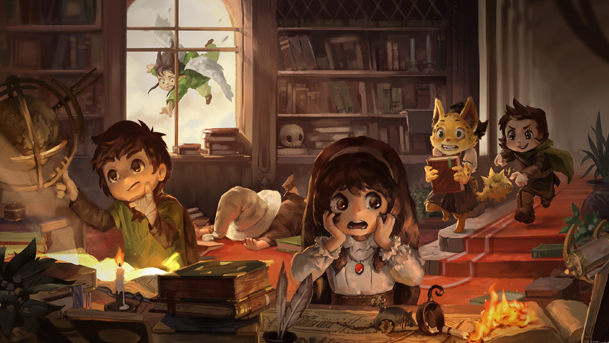 Hey there folks!  It’s been a while since last year’s April Fool’s joke, but we just can’t get enough of Tellest Babies, so we wanted to show off some new looks at our characters…babified.

Hozure once again took ownership of this project, and he delivered an awesome image that I’m very fond of.  But let’s take a look at the journey that brought us there. 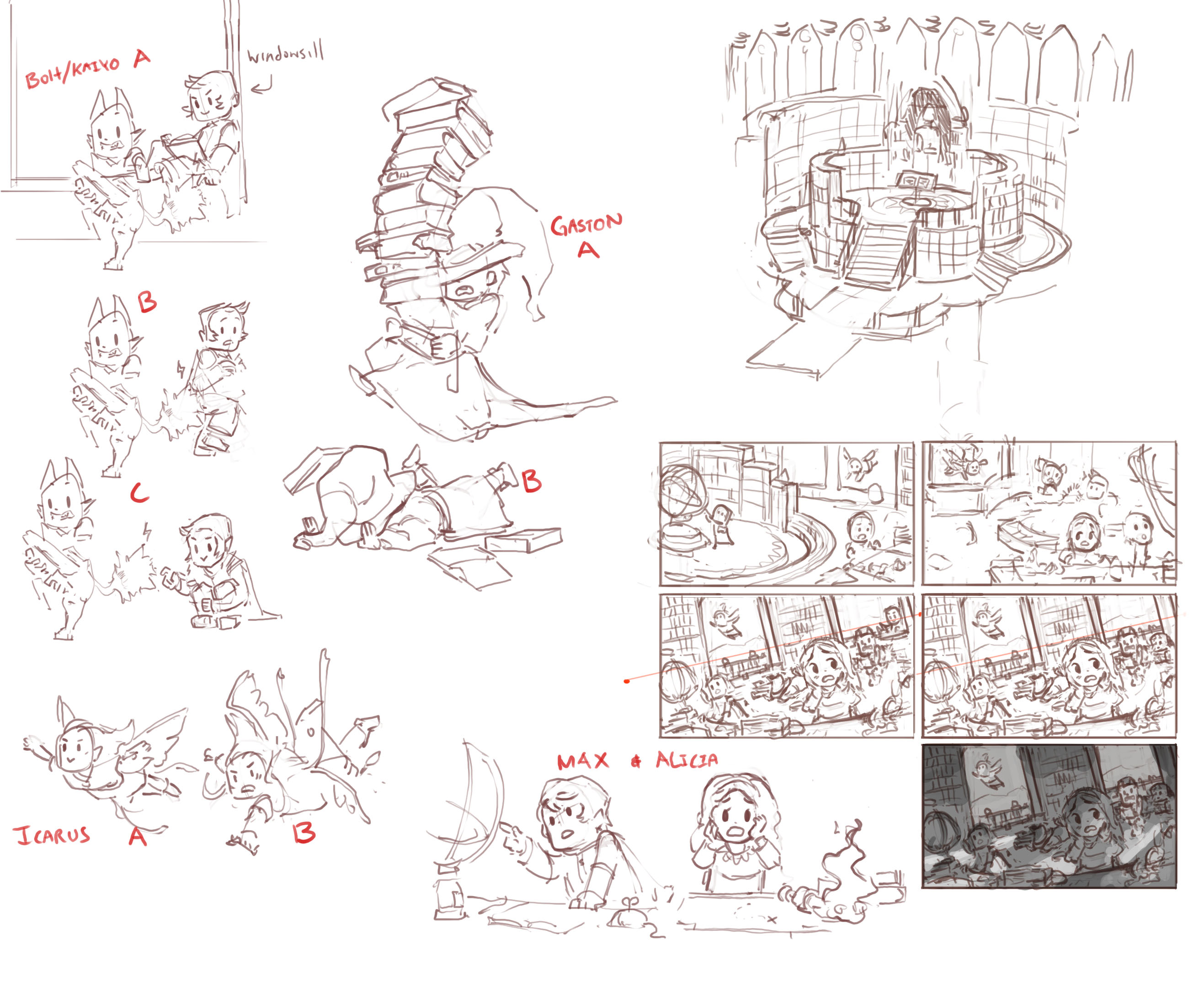 First we have our sketches.  This was how we were thinking about bringing six new characters from the Tellest universe into the “baby universe.”  As opposed to the first one, this set also had characters interacting with each other a little more.  Maximus’s clockwork mouse knocks over a candle that Alicia was using for light to study, causing a bit of a panic, while Bolt teases Kaiyonani by zapping her fluffy tail.  Gaston and Icarus, meanwhile, are both having “oops” moments of their own, with Gaston tripping due to his attempts to try and find a cure to their babification, and Icarus trusting that his wings are still going to work even in his new, smaller state. 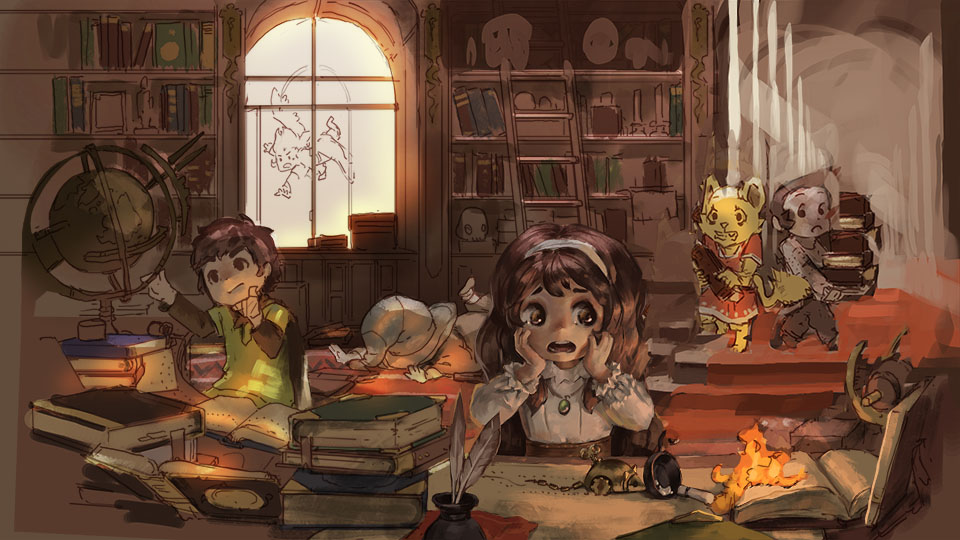 So, after that, it was time to start putting together a scene.  This one was a lot more robust than the original that accompanied April Fool’s.  We decided to make it a little more in line with a story, too, as though we were preparing to actually have a long-running tale attached to this version of our characters. 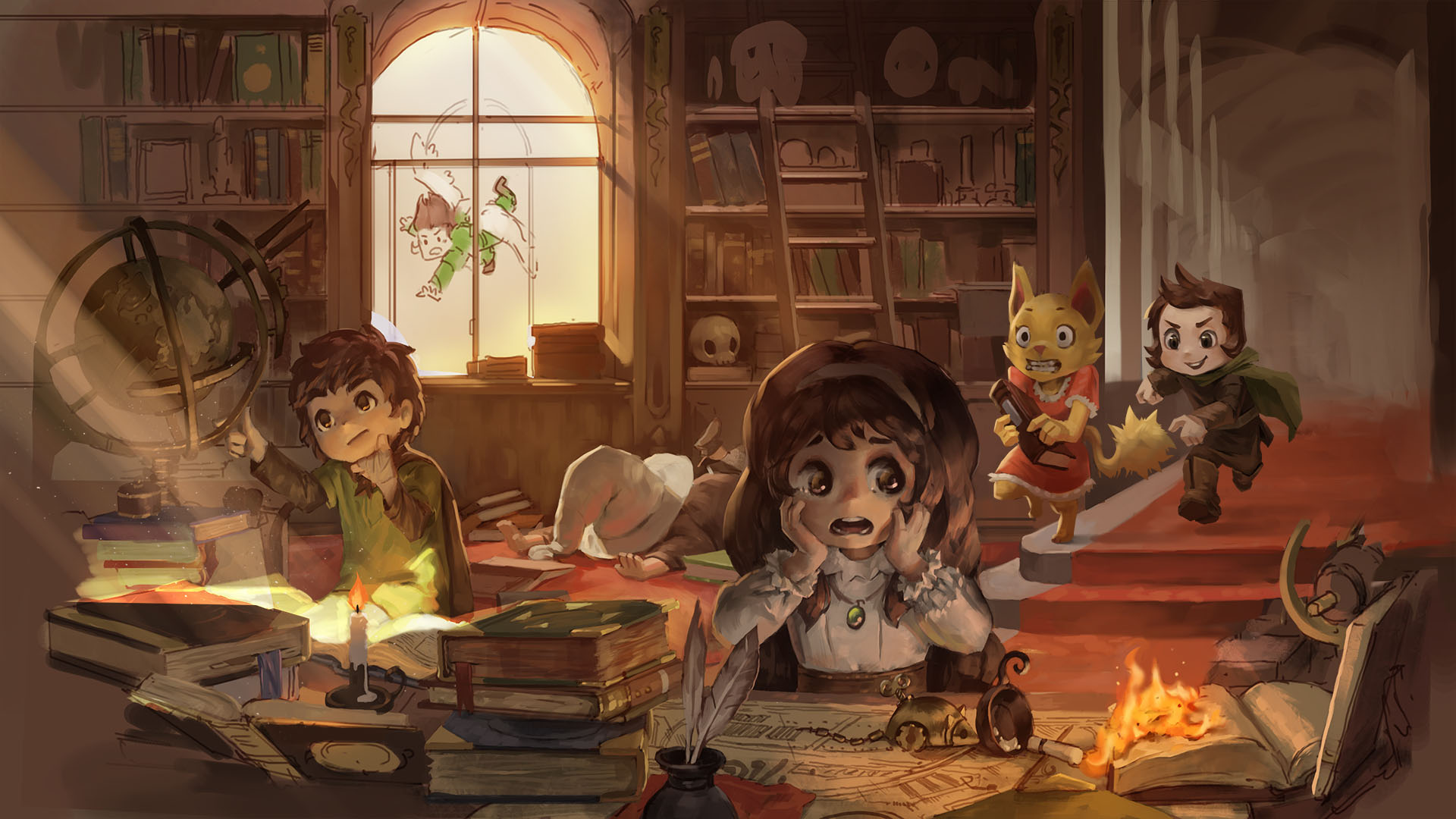 A little more detail and color brings our characters to life some more.  Some things were adjusted more than others, such as Bolt’s mischievous turn where poor Kaiyonani gets zapped! 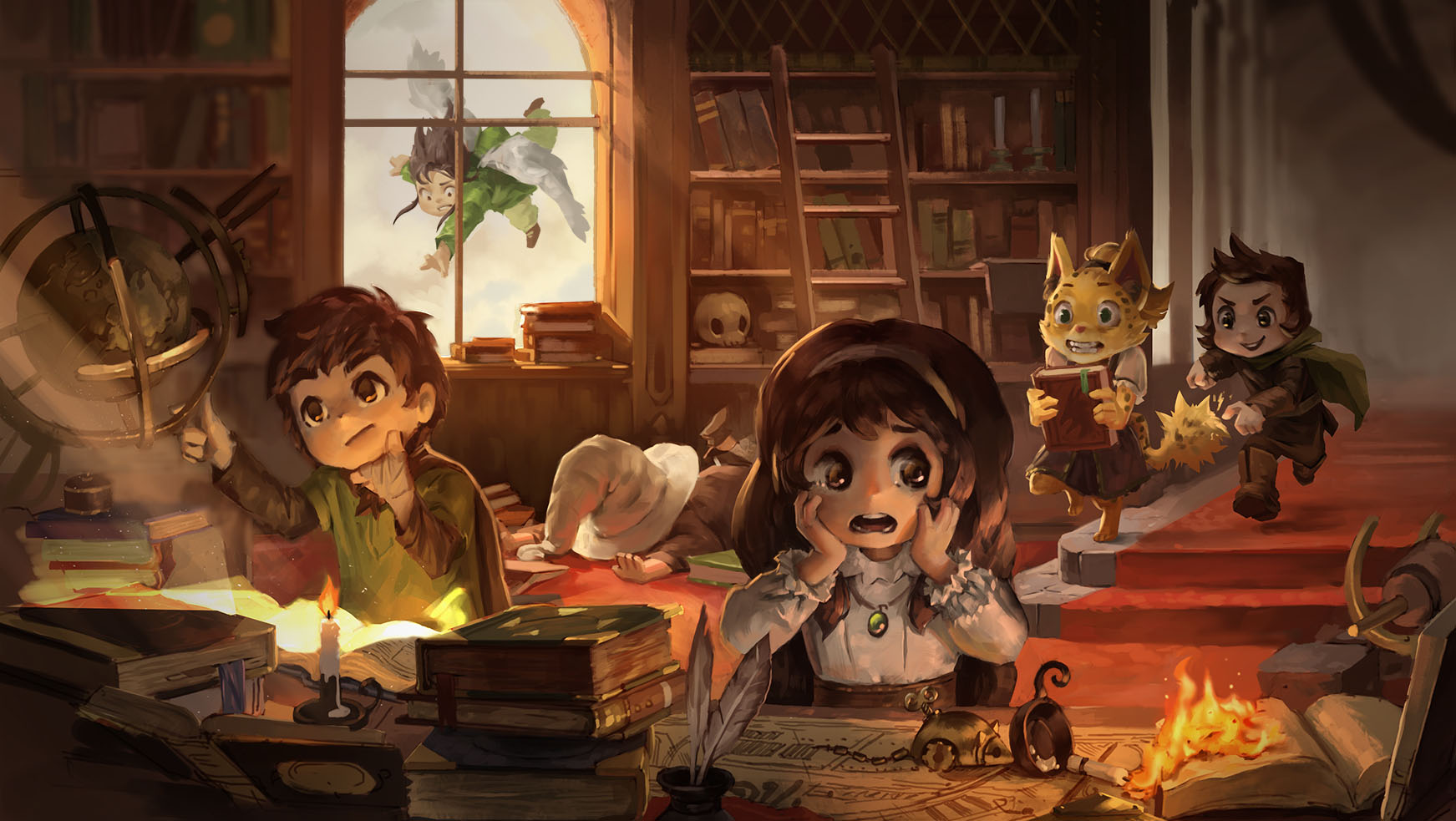 Taking things a step further, we’ve zoomed in a bit, and added more detail to our characters.  The biggest change here was probably to Kaiyonani, who was given an outfit that looks a little less “dressy” that suited her better.  You also notice her book has a dragon emblem on it, which was a nice little reference to her debut novella. 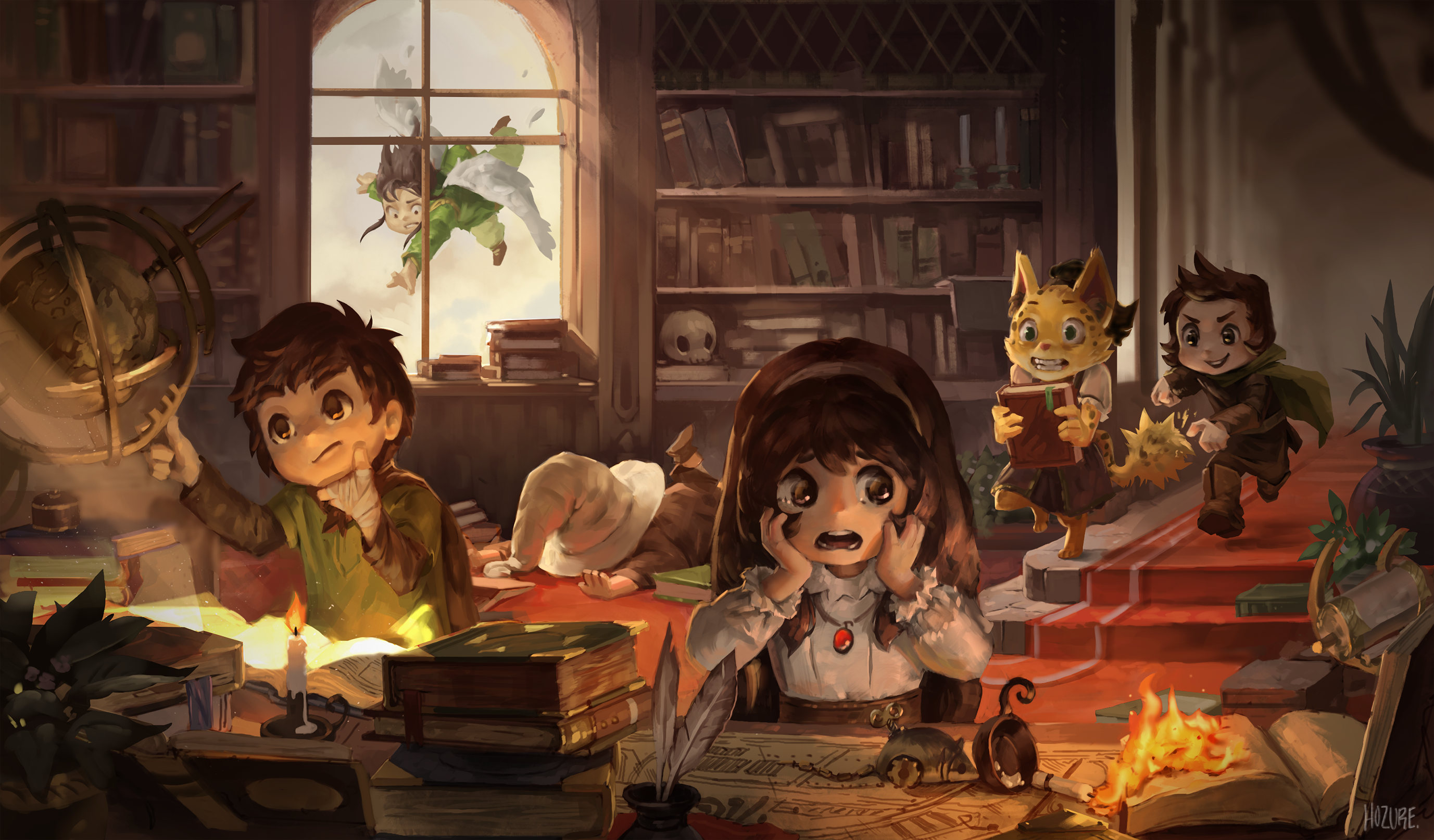 Here you have the final piece.  A little more detail and greenery added to spice up the room, and two subtle changes to our characters: Kai has her black hair, and Alicia has a red pendant more in line with the other art that we’ve seen in the past.

Hope you liked this playful take on our universe!