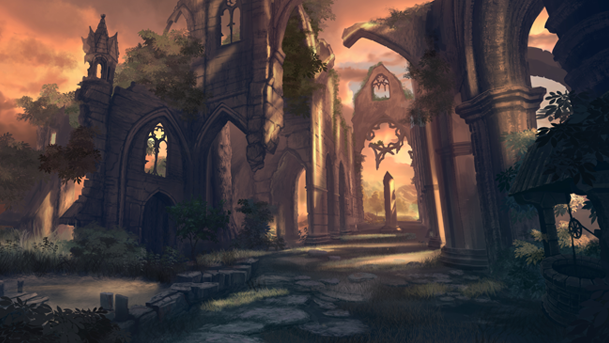 Howdy folks.  A few weeks ago we showed you a weird, awesome new look at a locale in Tellest.  Today, Azot brings his A-game again, this time showing off something a little more down to earth.  Let’s get right to it.

We start off with a black and white version of the piece.  When Azot signed up to do these concept pieces, we didn’t know anything about them other than a few keywords.  So when he showed this to us, I was immediately thinking of some of the opening scenes of Breath of the Wild.  It took some thinking to figure out where this could be in the greater Tellest universe, but we found things out soon enough. 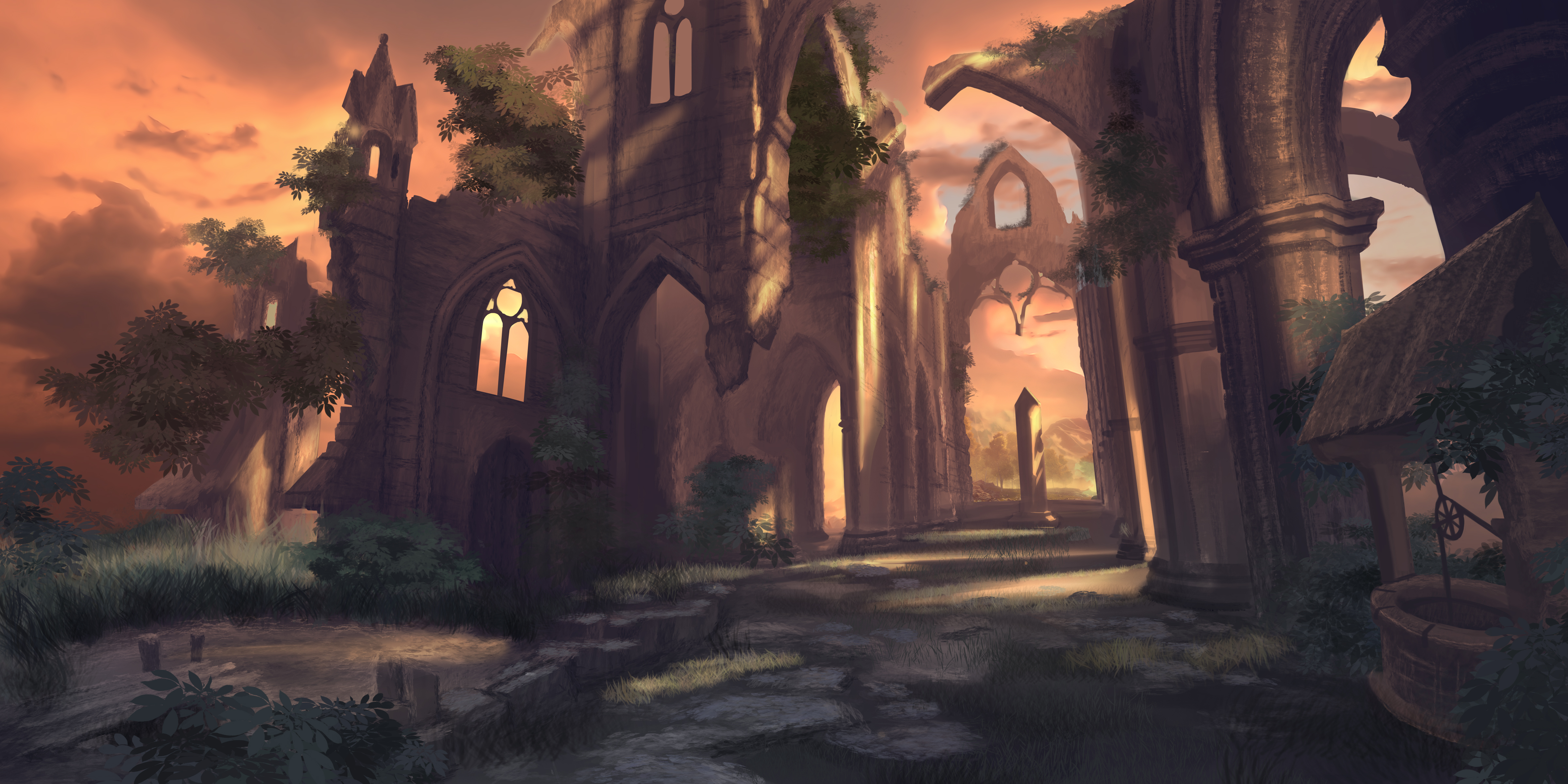 Daventry Manor was a huge chateau in Lustra.  Pieces of it remain, but it’s not exactly habitable anymore.  Lord Daventry and a neighboring noble were involved in trade wars for a handful of items that they could sell from their lands, such as wine, ore and timber.  Daventry was undercut at every turn, and eventually went mad trying to make up for it.  In time, his home fell to ruin.  Some say he still roams the battered walls that surround the courtyard. 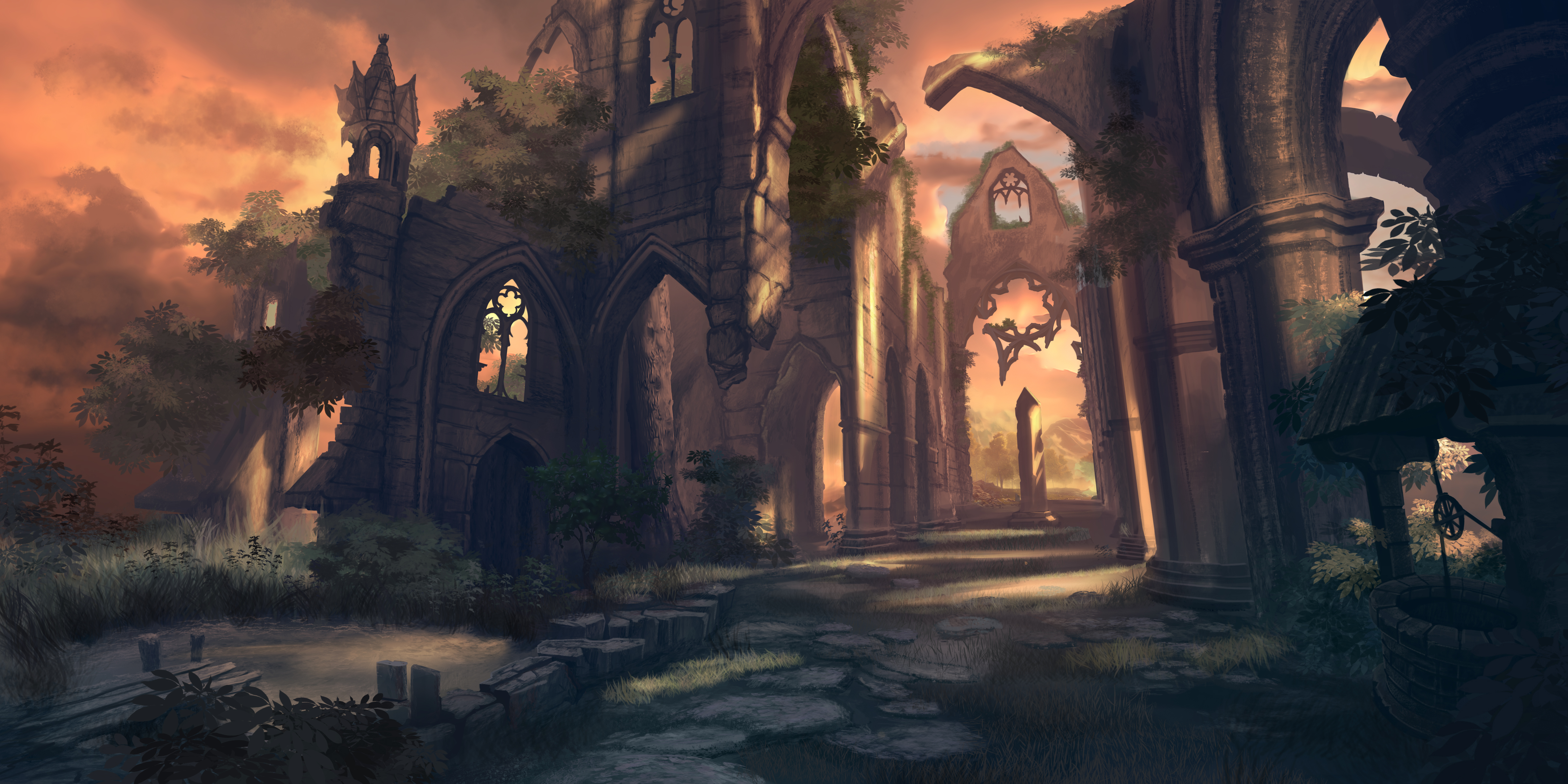 Azot did a tremendous job with this piece.  I can’t say enough how impressed I was with it!