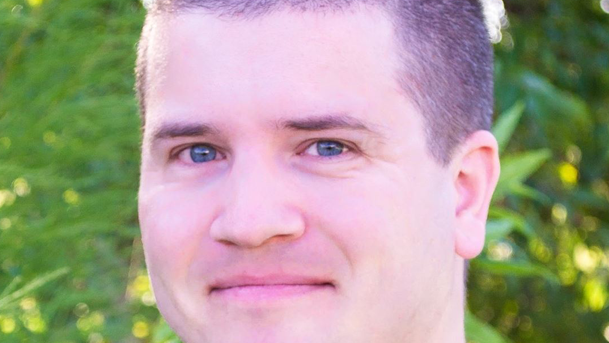 Intro: Hello everyone, and welcome to our interview with B.C. Johnson, the author of Dytin’s Stones: Windrider, a fantasy story that begins a series that you should really consider diving into.  Read on to see what makes Johnson tick, and also to see how he’s brought his stories to life.

Tellest: I’m sure you’re busy writing or out there saving lives as a paramedic, so we really appreciate that you’re able to give us some time.  One of the first things that I usually ask storytellers is how they started off writing.  You’ve been going at it since the third grade.  What set you off and made you put pen to page?

B.C. Johnson: Thank-you for having me. Is this where I start off with “It all came to me in a dream…” or “I had something inside me that JUST had to get out!”? Nothing as theatric as that I’m afraid. Just your routine case of an over-active imagination and the inability to sit still in class. I had a wonderful, safe childhood that allowed for hours of adventures when my parents would yell “Go play outside!” and teachers who loved to foster creative expression. My third-grade teacher especially started my love for writing when she gave us papers with prompts as the first sentence, and I just devoured every one of them.

T: Well, I appreciate that, because that’s how I got my start, too, really.  Are there any prompts that you can recall from back then that stuck with you?  If not, are there any stories that you remember writing?

BCJ: Some that jump to mind were pretty goofy prompts, but they really got the juices flowing. Stuff like “You just discovered your mother is a robot” or “When I was walking to school, I saw an alien land in the football field”. Things like that. I know there were all kinds of prompts from all sorts of genres, but those are the ones I remember the best because I specifically asked for extra paper cause the stories just went off the rails.

T: Do you recommend writing prompts as a good way to get people started on writing?

BCJ: Absolutely, I suggest any tool or trick to get the ball rolling. That hardest thing to do is start, but once that hurdle is crossed, it always gets a lot easier.

T: When you were in high school, you were writing longer stories.  Is there any chance that we’ll see any of those stories in some form?  Have any of the events in those tales been reintroduced or integrated into either of your two currently published tales?

BCJ: You’ll actually walk through that same world in the Dytin’s Stones series. The whole adventure has gone through some massive rewrites but the geography and major events in the stories have remained the same. The rest of my short stories were the equivalent to what fan fiction is today, and trust me, they’re so bad that no one would want them to see the light of day. 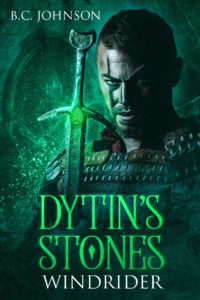 T: Again, a nice reminder of my own journey!

Now, you’ve also released Children of Dawn, which is a Sci-Fi story.  Was that based on existing short stories too, or was that pretty off-the-cuff?

BCJ: That was actually based off of a dare/assignment in college. I had a Government professor who was ALL ABOUT the Constitution being the single greatest document in the history of mankind. Done a few books on it, etc. Well, in true academic fashion, we were challenged to debate it and he didn’t take too kindly to some of my points. Needless to say, we didn’t see eye-to-eye on a lot of the government’s role in society. So, as a final taunt, he assigned me to make a utopia using my views, and I wrote some 15 pages on the matter and turned it in. A lot of people liked the paper, and said I should write a story or something using that government. So… Children of Dawn was born.

T: So, we know that Dytin’s Stones has follow-ups in the works.  Are there any plans to revisit Children of Dawn and expand on that as well?

BCJ: Not currently, no.

T: You have a really attractive map in the front of Windrider.  Has that always looked that way in your head, or has that gone through a few different iterations over the years as well?

BCJ: It’s been that way for a long, long time. The VERY talented Karol from Parnasium (his website is in the front section of the book) took my horrible doodle and made that magnificent map from it. The map covers the first five books’ adventures. 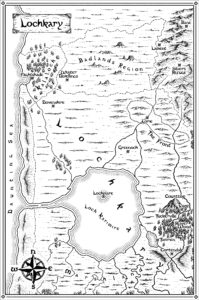 T: A “horrible” doodle that has a vision going for it isn’t all that horrible!  The idea that you knew what you were looking for in your head is a lot farther than a lot of people get.  You also provided a few looks at some doodles of your characters as well.  Were these more recent, or were these how you thought of your characters from those high school days?

BCJ: Those are more recent. Some light sketches while having some downtime in my army days.

T: Your background and your occupation have both served as great resources for you and your writing.  You’ve served in the military, and you’re currently a paramedic.  Not a lot of people are able to tap into things like this in order to better get into the minds of characters who are involved in wars and heavy action, and things of that nature.  How do you think this sets you and your writing aside?

BCJ: I hope that it gives me a unique perspective into a world and events that others just don’t see. We hear a lot about war on the news, especially since 9/11, but I can tell you from first-hand experience that most of the reports are just way off base. Events get exaggerated, others downplayed. The most terrifying experience of your life gets reduced to “soldiers exchanged gunfire with…” and that’s it. It’s just not the whole story, not the bigger picture. Even things as simple as a report on a fatal car accident is so different than being there. These things leave an affect on you, cling to your consciousness, and I don’t think a lot of entertainment really delves into that side of things with their characters. My stories aren’t just about a power fantasy, they’re about the psychological effects of war and death and still getting out there. That’s the mark of a true hero.

T: Is there a particular scene within any of your books that brought you back to one of those really tense moments in your life?

BCJ: Not without getting into spoiler territory. I can say that a lot of what Samuel, the main character, feels after some of the battles and events is exactly what was going through my mind after my first few encounters.

T: Have you had the opportunity to share this story with anyone else who has shared a lot of your experiences?  What do they have to say about moments like that?

BCJ: A few fellow veterans are among my “beta reader” list. Their input has been invaluable to the quality and accuracy of those scenes. 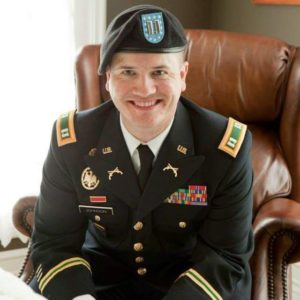 T: Dytin’s Stones: Windrider has some more American influences in a genre that predominantly feels like medieval Europe.  What can you tell us about that?

BCJ: I love my country, I served it for fourteen years and still try my best to protect the community I live in today. I respect the great standard bearers of the genre that came before me like Tolkien and Martin, but it frustrates me to see such a rich and diverse landscape like America go unused in a fantastical setting. We have so many cultures, beautiful set pieces, and rich history to pull inspiration from. Not only do I try to relate a lot of the themes back to what I and my fellow veterans have experienced since 9/11 into the books, but the people and places in the world of Teva have many American influences as well. My dwarves speak with a southern drawl instead of a Scottish accent. The honorable Chipowi people are heavily influenced by the indigenous tribes of the southwest. Even the farming community the main character grows up in is reminiscent of the Shenandoah Valley. I want the readers to love this country as I do, to see its magnificence and diversity, and experience a sampling of the cultures we have. If reading is about expanding one’s horizons, then why use the same old tropes and accents?

T: Those who have read Windrider know that you’ve got a sequel on the way.  How far along are you on Dragonfire, and when do you think people will be able to anticipate that releasing?

BCJ: So, the current versions of the books were all originally one story. I kept writing and writing and realized that we were getting into “War and Peace” territory of length and that just wasn’t going to be easily tackled, even if I was some master storyteller. I worked for about a year on slicing up the pie, so the first three to five books are all about finished. There won’t be years between these books, more like months.

T: That’s fantastic news.  And that’s the right way to do it, too.  Readers want to dive right in after they read the earlier stories.  I think around three months is when our attention spans happen to taper off.

Is there anything beyond Dytin’s Stones?  Would you still be playing in the world of Teva, or would you explore some other sandbox?

BCJ: I’m not sure yet to be honest. I have thought about playing with different genres in the same world but there’s nothing being planned currently. I usually decide on a theme or message I want to get across first, and find a genre that suits that best. I’m not tied down to just one category or world. Half the fun of writing is creating.

T: Speaking of which, is there anything else that you do to create?  Any other hobbies that you like to lean on?

BCJ: You can see from my doodles that I’m no artist. I used to write a little music, but nothing substantial. Most of my free time, when not writing, is spent reading, spending time with my wife watching movies or tv, and playing video games. Anything I can escape into.

T: What do you think you’d be doing if you weren’t writing?

BCJ: Probably still telling stories, just less enjoyable ones. My wife has already given me the look a number of times of “You’ve told me this one already” or she’ll roll her eyes at social gatherings like “there he goes, telling THAT one again.” I think everyone has stories to tell, that’s the joy of meeting people, I just figured out a way to put mine down on paper.

I want to thank B.C. Johnson for his time with this interview, and for his service.  We’re wishing him the best in the future, and know that the Dytin’s Stones series is going to pick up a lot of steam as it rolls toward the sequel.  We’ll let you know when that releases.  In the meantime, make sure you pick up Windrider on Amazon today!