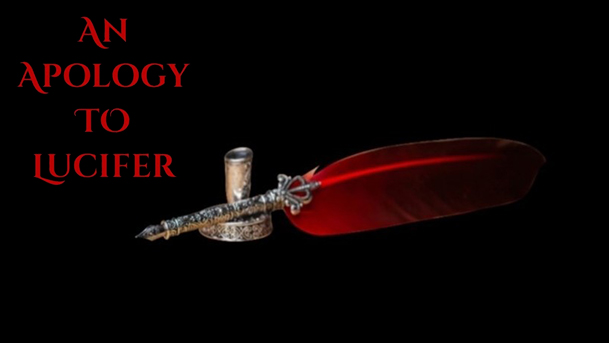 Greetings Otherworld travelers, and welcome to our final stop for the week.  We’re closing out with an awesome supernatural thriller that’s got urban fantasy vibes, and a Davinci Code and Indiana Jones feel to it.  It’s the perfect way to begin your weekend, so let’s dive in and learn more about An Apology to Lucifer.

Father and son authors Wayne E. Haley and Sean P. Haley have teamed up to create an interesting and immersive thriller debut that will certainly earn them an army of fans.  In An Apology to Lucifer, they’ve brought together all the aspects of an entertaining and enjoyable supernatural thriller, and wrapped it up in a spectacular package.  This relic-hunting adventure is filled with believable, likeable characters, whether you’re talking about the heroes or the villains.  It pays attention to history and enlightens readers to it without feeling overly academic or heavy-handed.  Instead, it rewards curiousness with great twists and turns. 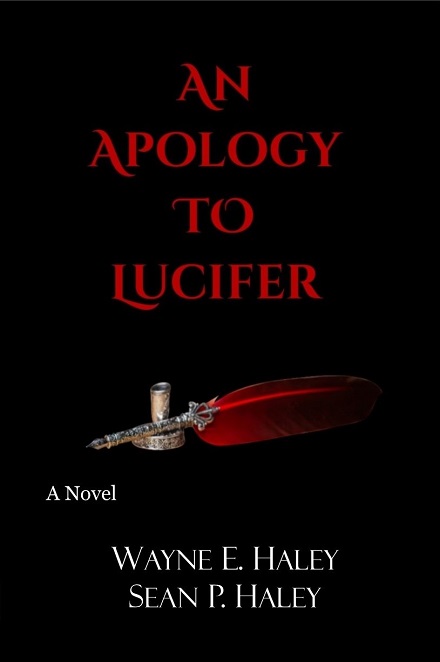 The search for the most dangerous book in the world begins!

Father Thomas Morelli thought he knew the story behind Lucifer’s fall from Heaven. However, upon making the acquaintance of renowned book authenticator Lorenza Pellegrini and being invited to stay in the opulent Venice villa belonging to Pellegrini’s “Master,” Thomas discovers he has only heard part of the story.

In Boston, psychoanalyst, best-selling author, and outspoken atheist David Wright has been tasked to handle the funeral arrangements of his dear friend Albert Kennedy. What could have driven this controversial exorcist to take his own life? The answer, it seems, is contained in a tome that isn’t supposed to exist.

Joining forces Lorenza, David, and Thomas must race against time to prevent an ancient battle from reigniting.

An Apology to Lucifer is the kind of book that makes you want to keep going back, eager to read again.  With fast, sharp chapters, the action and revelations whip by in a frenzy that readers can’t get enough of.  It succeeds as a perfect mix of fast and furious page turning and a dread of knowing that a great story is coming to a close.  Yet, there’s potentially more on the horizon.  The Haleys have left plenty or room to move in a lot of directions with the version of our world they’ve revealed.  Show these father and son authors that you’re ready for more.  Check out An Apology to Lucifer on Amazon today!

One thought on “Supernatural Thriller Promo – An Apology to Lucifer”