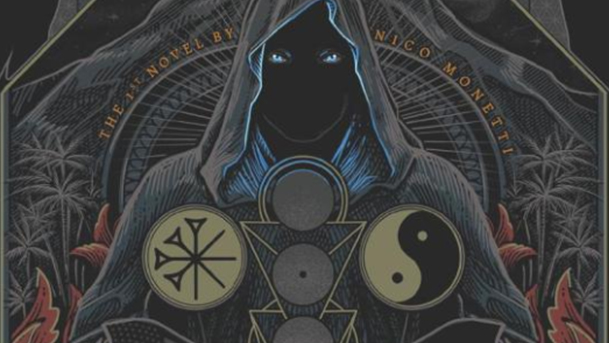 Greetings travelers, and welcome to our final Otherworld stop of the week before we stuff our faces.  Before we get to that, though, perhaps its time to stuff our minds.  We’ve got a one-of-a-kind novel that really is the sum of its incredible parts, and nothing I usually do in these intros will come close to really painting a good enough picture to capture everything that is The Man His Means and His Methods.  Just read on to learn more about this interesting tale.

Witty and sardonic, quirky where it needs to be, and compelling throughout, The Man His Means and His Methods is a novel like no other that readers simply must look into.  From the mind of the incredibly talented Nico Monetti, this book is as thought-provoking as it is entertaining.  Almost conversational in its narrative presentation, the story flows at a pace that makes it easy to dive in and follow, even though by the very nature of the story, it is meant to sort of break the fourth wall and have readers stop and think.  It is certainly a different sort of story, though it isn’t for its novelty that it should be ready, but for its quality.  Monetti also brings it to life with interesting and expressive art, forged in the fires of AI. 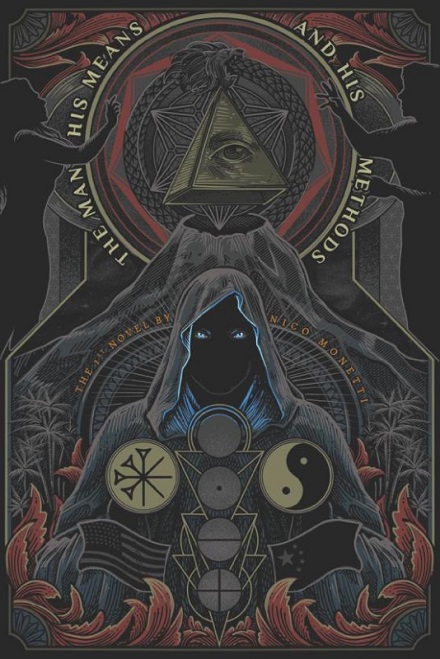 Conspiracy theories meets science FACTion in this novel about all the topics we have been discouraged to question!

Questions like… What if aliens are real, history goes back more than a few thousand years, and the monetary system is used to control populations?

The Man is among the most powerful beings on the planet and has controlled human affairs on Earth through his influence over world leaders, the media, corporations, banks, schools and militaries our entire lives. But as powerful as he is, The Man still faces competition from The Cabal — a secret society of families that claim to be descended of the true creators of mankind and feel entitled to dominion over the human race, and the Draco — advanced reptilian beings that consider Earth a colony of their intergalactic empire and live underground, exploiting our negative emotions as an energy source.

The Man His Means & His Methods is a groundbreaking novel that follows the stories of half a dozen characters whose stories are all tied together through their dealings with “The Man”.

This book includes over 75 original full-page, full-color works of art, each designed by the author with the aid of AI!

This marks the first time in human history such a feat has been achieved, making “The Man His Means & His Methods” a historical artifact.

Monetti is just as much a character for his book as he is its writer.  As quirky as it is, it has to have a certain style and substance to it, and it likely couldn’t have happened with anybody else.  It enlightens without proselytizing, and entertains without preaching.  The Man His Means and His Methods will appeal to a broad swath of people, but for readers who are interested in a sort of crossroads of conspiracy theories, mythology, and just great writing, this is going to be a massive joy to read.  Monetti reveals a considerable amount of himself here, including his passion for the subject matter, and that is perhaps what makes it so effective as story form and as art.  Check out The Man His Means and His Methods on Amazon today!