Folks, this is going to be a stellar sci-fi week that you won’t want to miss. I love seeing what the authors I’ve collaborated with are up to, and in the case of J.S. Morin, it can only be described as “writing all the books.” At this point, his catalog is 35+ books strong! Morin isn’t content to just tear through these stories, either.  He’s consistently praised for his prose and his worldbuilding, and he gives you characters you love to read about.

The reason we’re bringing this to your attention today (and unofficially declaring it Morin week) is that all the books in his Robot Geneticists series are going to be on sale this week, leading up to the release of the 6th book on Friday. The best way to start off the series is with book 1, Extinction Reversed.  You can’t beat free.

In Extinction Reversed and the series it is part of, the characters you’ll become attached to are the robots. This book is pure, hard, euphoric science fiction at its best, and Morin makes short work of showing why he’s among the best suited to write it. The story follows Charlie7 in an unbelievable journey of ethics, exploration and restoration. Humanity has fallen, but perhaps there is a way to bring them back. There’s no storyteller who could tell it better than Morin. 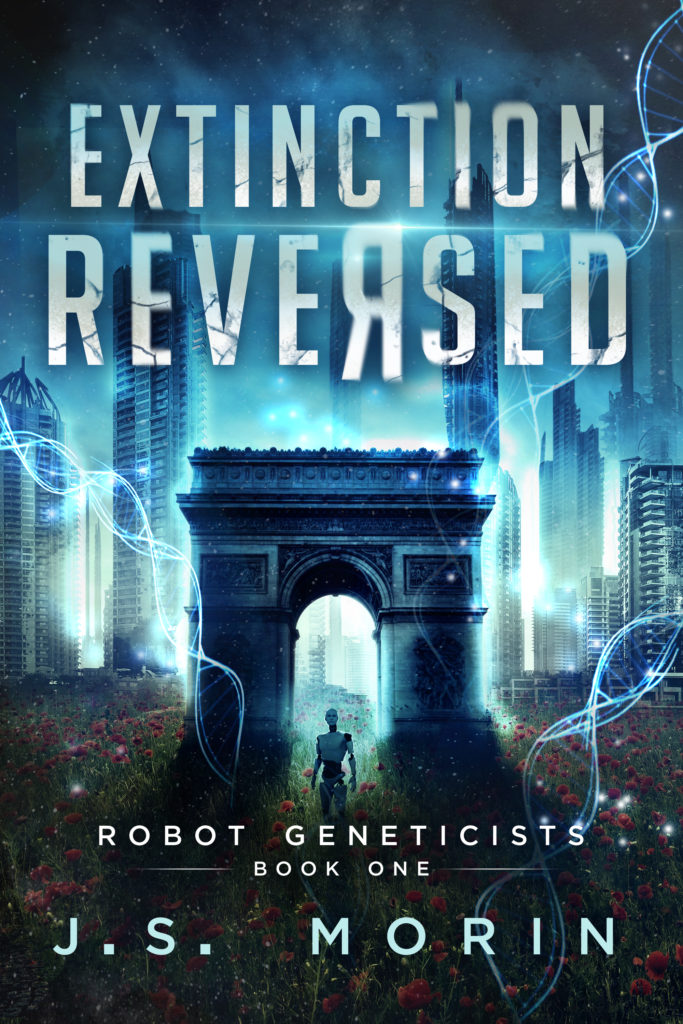 These days, even the humans are built by robots.

Charlie7 is the progenitor of a mechanical race he built from the ashes of a dead world—Earth. He is a robot of leisure and idle political meddling—a retirement well-earned. Or he was, until a human girl named Eve was dropped in his lap.

Geneticists have restored Earth’s biome and begun repopulation. But primate cloning is in its infancy; human cloning is banned.

Far from a failed genetics experiment, Eve is brilliant, curious, and heartbreakingly naïve about her species’ history. But Eve’s creator wants her back and has a gruesome fate planned for her. There is only one robot qualified to protect her. For the first time in a thousand years, Charlie7 has a human race to protect.

Extinction Reversed is the kind of book that epitomizes the science-fiction genre. It’s a great story, written extremely well, with characters who you yearn to learn more about. You want to join them on their journeys of understanding and personal reflection, amidst all the realizations and dangers that the world throws at them.

Remember, J.S. Morin’s Robot Geneticists series is on sale this week.  All five of the already-released stories have been discounted, but the first book is absolutely free.  What are you waiting for? Pick up Extinction Reversed on Amazon today!