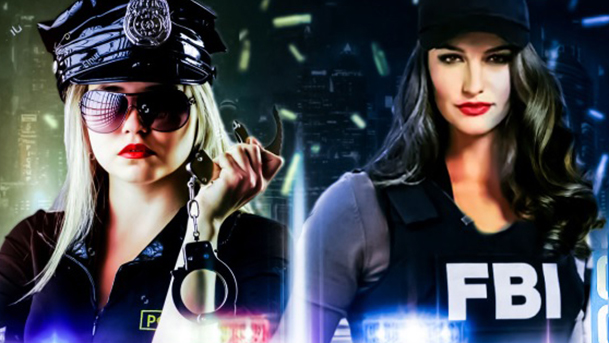 Greetings Otherworld travelers, and welcome to our first feature of the new week.  We’re starting the festivities off with a pulp sci-fi that fans of the genre will love, especially when it comes to synthetic humanoids that could be hiding among us.  It’s the first book from the catalog of a very hard-working author, but we’ll for spot more of the rest of them later.  For now, let’s look at Grey is the New Blue.

Grey is the New Blue is but one of the books in author James David’s sizable catalog, but it is one that highlights the fun that he has had within the sci-fi genre, serving up a twist on the “they walk among us” trope that many are familiar with.  In this first book in the Vixen Grey series, the expectation is subverted, because the humans are the ones that are outnumbered, specifically on the police force that becomes an important aspect of the tale.  David’s police tale is pulp sci-fi, but without any schlock, and it’s good, popcorn fun throughout.  A lot of this comes down to the characters that he writes, and the situations that he throws them into.  The author is also not afraid to put his characters in danger, and synthetic as some are, readers will still grow to care about them. 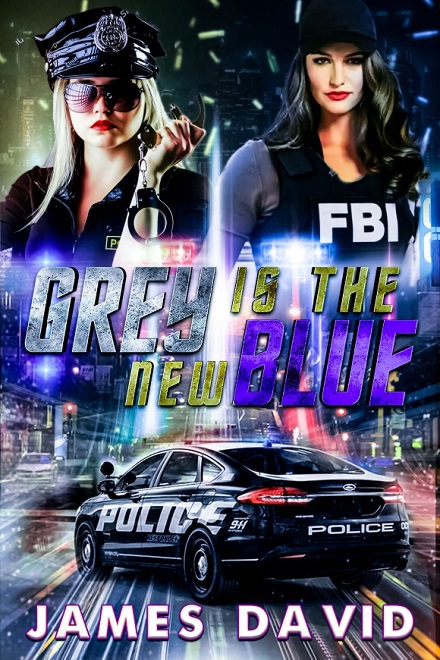 Crime is at an all time high, and LAPD Police Captain Delta 4 is about to change the rules—eighty years ahead of schedule. The effect of that decision could change the face of law enforcement forever.

Enter Vixen Grey, the first new HUMAN police officer to be recruited during this century. What can one girl do to stir things up, first in Los Angeles and then globally?

Even with a battalion of android officers, the troubles of this day and age persist in the future, and David spins a very human tale out of it.  There are still twists and turns aplenty as well, and you never know what a character may be thinking.  Emotions still play a huge part in the world the author has built, and it really helps to give it life in some interesting ways.  This police series could easily turn into a procedural, and indeed there is another book already on its way, but there’s no better place to start than at the beginning.  Check out Grey Is The New Blue: A science fiction book based on crime investigations and police with androids (The Vixen Grey Series 1) on Amazon today!

One thought on “Sci-Fi Promo – Grey Is The New Blue (The Vixen Grey Series, Book 1)”