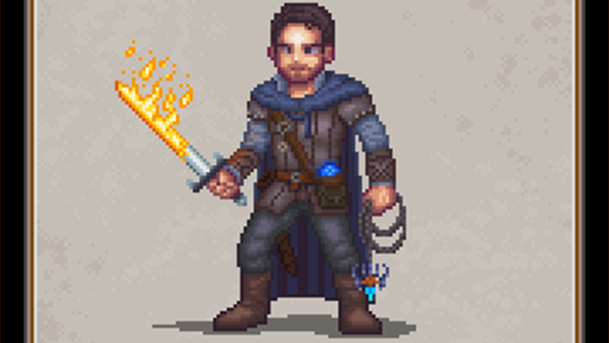 Howdy!  So one of the things that I was working on over the last year was a little side project with a new artist I’ve been working with named Serathus.  He was doing some sprite work in a very interesting style, and I began working with him on a very specific set of sprite versions of some of our favorite Tellest heroes.  Over the next few months (and beyond), we’ll be showing off at least eight characters from this series, and you’ll be able to speculate how they fit together.

But let’s start with a familiar face, shall we? 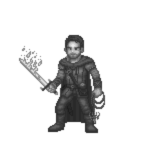 So, this little guy bears a strong resemblance to Luca Kreegan, formerly known as Kaos Kreegan, doesn’t he?  Once the face of the Tellest brand, Luca has been relegated to second string in his family, with Adelia taking the reins lately.  But with this project I’m working on, we’ll be able to see this new iteration of the character in all his glory… albeit his tiny sprite glory for now.

For those who don’t know, there’s definitely been a shift in the Tellest timeline, with things being revealed in upcoming books and stories.  But there was still a history we wanted to explore with Luca, so we’re working on a new project with him. 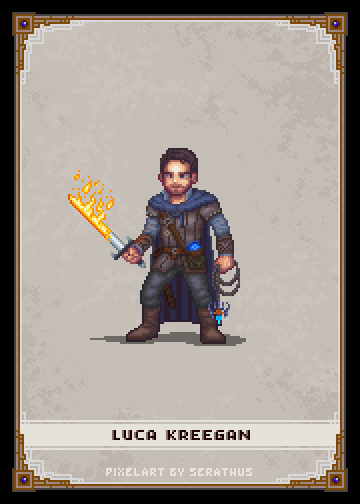 I’m not quite sure what these cards do yet, but I’m thinking of ways to integrate them into the project as well.  We’ll see as we get a little closer to understanding what form the project is going to take first, and all the good things that follow.

Serathus works at a slightly odd schedule, but I’ve managed to cram a lot of these sprite projects into little three week gaps, so you’ll see the next character who joins us in the weeks to come.  Stay tuned!