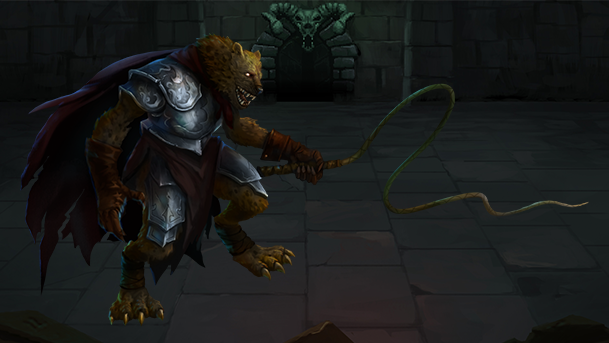 Howdy!  We’re back on our three-week rotations with the Quantum Quest Merge Dungeon art, and that means that once again, we’re going to be taking a look at a quintet of heroes from the Quantum Quest universe.  Wow that sentence had a lot of Qs.  Anyway, let’s dive right in.

Luna Aren is a character that we’ve seen some of across the iterations of Quantum Quest, but not much beyond that.  She doesn’t show up in the novelization of the game either, so she’s mostly an enigmatic force.  But, since she’s a resident of Hillheim, a city that we’ve hinted toward in at least one book, maybe we’ll run into her in the books before you know it.

Rawen Lerra is another character who we haven’t seen in any stories so far, but who has insane potential.  Rawen is a temple guardian who lives deep in the jungles of Narkoth, which fans of Tellest will know is an island adjacent to Argos, where Kelvin Drakos comes from.  With that in mind, maybe her narrative debut is on the horizon as well…

Next, we have our first character who we’ve seen in one of the Tellest stories, specifically the upcoming Quantum Quest novelization.  Urrabar is a fun little character to follow, and he’s got a huge part to play in the overall narrative I’m trying to tell.  I’m excited for people to see his character when its introduced later this year!

Next, we’ve got the first Quantum Quest character, I believe, who originated in Quantum Quest, and subsequently makes his way to the novelization and the Tellest universe.  I’ve got plans to introduce Garreth to the mainline series, since he’s been my favorite QQ character since day one.  I’m excited for people to learn more about him in the upcoming novelization, but even more excited to introduce him to the other characters I’ve worked on for so many years.  Side note: he’s not really that small, it’s just that his darn whip is making the size appear a little off.

And finally, we have the last of our heroes here, another character who we’ve yet to explore but who has tremendous potential.  Trenton’s Blade, where she hails from, is a place we haven’t seen too much of yet, but as we’ve spent time in Lustra, it might only be a matter of time before we venture to the city.  We’re also going to be working on a sigil for that city in the next set, so at that point, we’ll be even more excited to explore it further.

Those are our five heroes for this set, but we still have a tremendous amount who are coming, in addition to other cool art features from Merge Dungeon.  Join us in another three weeks to see more from this little subsect of the Tellest universe, but don’t forget to check back the other two Wednesdays between now and then, as we have a new continent map we’ll be showing off, as well as a new character from an upcoming book who is debuting first here on the Tellest website.