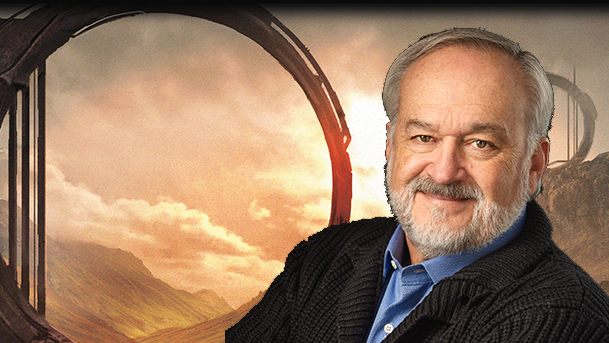 Several weeks back, we promoted the work of the very busy Peter Harrett on Tellest.  His book, The Rings of Hesaurun is a catching Fantasy/Sci-Fi that has a huge amount of potential, with more books on the way.  As you can imagine, it took some coordinating to align our time together.  Now, you get to pull back the curtain and learn more about this talented storyteller.

Tellest: Greetings Peter!  With a huge world of new books on the way from you, I wanted to thank you for pulling yourself away from what’s got to be a massive undertaking.  On your website, you mention working incredibly long hours to serve your passion for writing, so I wanted to extend my appreciation for sharing some of that time with us now.  If you’re ready, we’ll dive in and try to learn more about you and your work!

T: One of the things that I think readers and fans like to know about their new favorite authors is who inspired them to write.  For you, writing runs in the family.  Your grandfather was a poet.  Do you feel as though he was your biggest inspiration, or did you pull more from pop culture at first?

PH: Definitely. My grandfather Peter Bennett was the one that inspired me to love language. I have loved words, and word play from a young age. That said I really didn’t realize the talent I had for creating a story until I actually sat down and gave it a try. I excelled at it, which surprised me. Suddenly the characters I created came alive, they became real to me. Those characters became the first thing I thought of when I woke up, and the last thought before I went to sleep.

T: When did you first give writing a serious chance?  Is The Rings of Hesaurun your first foray into fiction, or did you dabble a bit beyond that?

PH: I am a lifelong dabbler. It’s just in us like water to coffee. 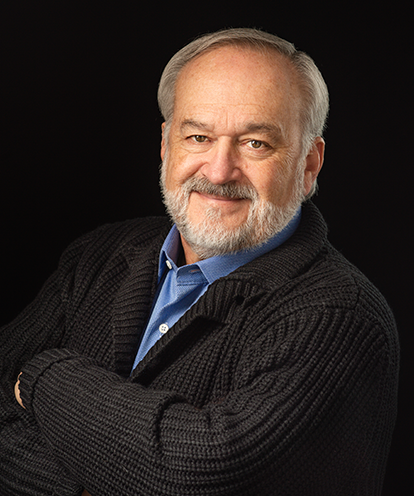 T: The writing bug extends beyond your ancestors, all the way down to your descendants.  Do your children partake in creative writing these days as well?  Do they write the same kind of stories, or have they set their own path?

PH: My wife and I are raising three daughters, all of which appear to have the makings of a writer. Traci, my wife is a talented writer herself.

T: Do you ever see yourself doing any collaborations with your family members?  A four-book series is a big undertaking, so it might not even be on your mind.

PH: My family sits often with me in the sitting room as I write. It is such a great environment to have so much creative input. We bounce ideas around on different scenes and situations. It is much like the businesses I run, you ask for input and then take the best advice in a large pool of ideas and bring it to fruition.

T: Do you and your family like to pretend to fight about which family member is the best writer?

T: The Rings of Hesaurun series is currently set to be four books long.  Is that set in stone, or are you still learning along the way what direction some of the story is going?

PH: Most writers begin with an idea, they plot everything out, make an outline and adhere to that. Not me! I simply sat down started writing and the story simply appeared— it just happened, and in volume. I was surprised! Writers block is never a problem for me.

T: Do you ever have the opposite problem, where you have more ideas that come out than you logistically have space for in the book or the series?

PH: I love just being in the flow of the story, that moment where my visualizations manifest. As writers we have a garden of ideas, and those that grow and strengthen tend to be the best ideas.

T: A four book series is a big undertaking, but you look to have everything in good working order.  Do you ever find yourself drawn in other directions, to begin on other stories or even to spin off stories within the world of Hesaurun?

PH: I like to complete a project before moving on to something else, so I am very disciplined that way. Focus is a gift that runs in the family.

T: The Rings of Hesaurun fits well within the current pop-culture renaissance that we’re experiencing.  There are shades of superheroes within the story.  Would you say it leans more on that sort of thing, or would you describe it more solidly as science fiction?

PH: I categorize The Ring of Hesaurun as Fantasy/Sci-Fi because my writing style lends itself more toward character development, and their journey rather than the tech so common with sci-fi. Sure, there is a good deal of sci-fi in the Hesaurun Rings series, but it isn’t all about the tech, which is often so prevalent with the sci-fi genre. So often sci-fi is about armies and fleets of spaceships facing off and blasting each other to smithereens, which can become tedious. The Rings of Hesaurun is really about the people, and the journey. Its fresh, light-hearted, fun and with a lot of laughs. 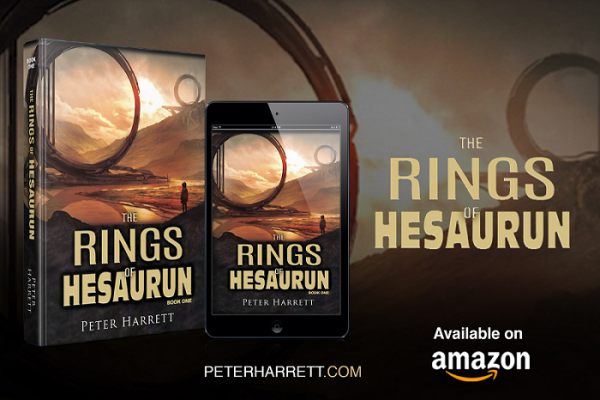 T: Among all your characters, who do you think your audience will be drawn to the most?  What makes your favorite character stand out as such for you?

PH: I hope each character speaks to them at some level, however my favorite character was Stone the quintessential villian who is like a cross between the Joker and Dirty Harry.

T: Your culture influences growing up were a mix of science fiction and fantasy.  Have you been drawn to write in the fantasy genre as well?

PH: Science fiction, fantasy, and magic are fun to write for because as an author you can get away with murder—literally. Look at the Star Trek franchise as an example. They killed off Spock in the second or third movie, brought him back, and yet few questioned the science. There are few limits with any of these genres.

T: How far along would you say you are for the sequel to The Rings of Hesaurun?  Are there any hints you feel you could give readers about what is coming?

PH:  It’s very close to completion. The story is evolving. One main part is that Valerie and her former self mend into one being much like Superman at the Ice castle, that moment he saw who he really was, mending the past and the present to become the complete package. The battle for the rings continue, as the eminent threat of the earth being harvested by the Boecki becomes a real threat

T: Where can people learn more about you and your series?

I want to thank Peter once again for taking time out to attend this interview with me.  It’s been a busy time for him as he prepares for sales and other promotional ventures.  Be sure to check out The Rings of Hesaurun on Amazon while it is on a phenomenal sale!