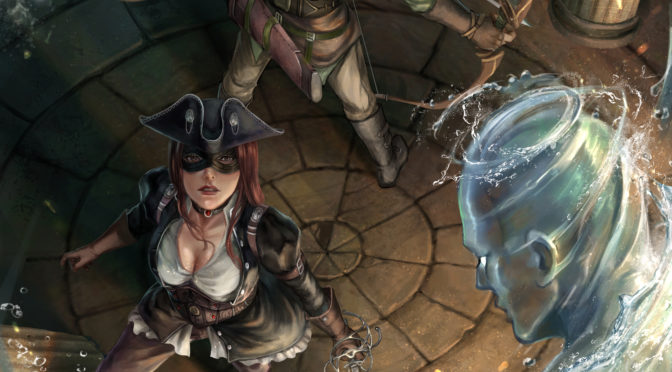 Hey there folks!  We are deep in the heart of Tellest phase two.  Lord of Thunder recently released, and we’re only two months away from the second book, Dragonspeaker, hitting virtual shelves.

Later this year, in September, we’ll be releasing another new jump-off point in the Tellest brand with Silver Serpent Chronicles.  One or two characters here are familiar, but it takes place in a different point in our young sidekick’s life.

Rather than droll on, why don’t I just show you what we did?

All five of the sketches above were the ones we passed on. Ultimately, we knew we wanted to focus on the Silver Serpent and her young, impressionable trainee, who goes by many names in the story.  You might know him instead as Kevin, the secret prince of Argos. 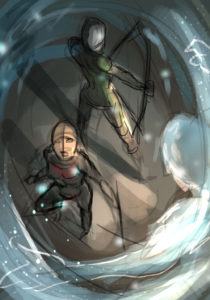 We ended up going for a scene that added a third character to the mix.  These three are characters that are involved from the very first chapter of the story to the very end, so it was cool to have them all together on the cover. 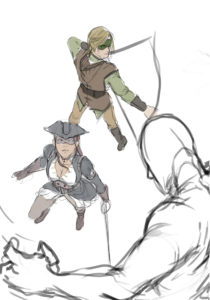 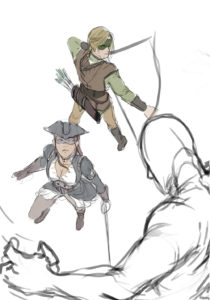 These two sketches helped to get an idea of the costumes and color schemes a little bit more.  Kevin wears a variation of his well-known green, and they both have kind of a lone ranger look to them.  This book has a more superhero bent than the other books I’ve written so far.  I’m a big fan of it, though, and I think others will be too. 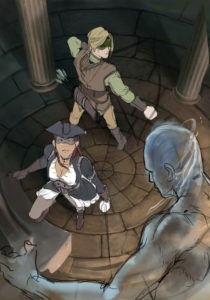 Pear put together a more comprehensive look at everything here. Our characters are on a dais that overlooks the city here.  The third member of the trio is a villain named Riptide who can turn his body into liquid form and reconstitute as needed. 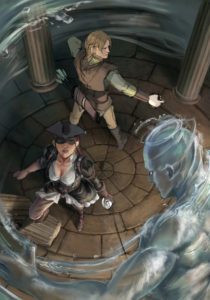 Riptide and the Silver Serpent have been fleshed out here, and the cool swirling water effect has been brought back in an awesome way.  The poses are coming together a little more too, thanks to some textures on the ground. 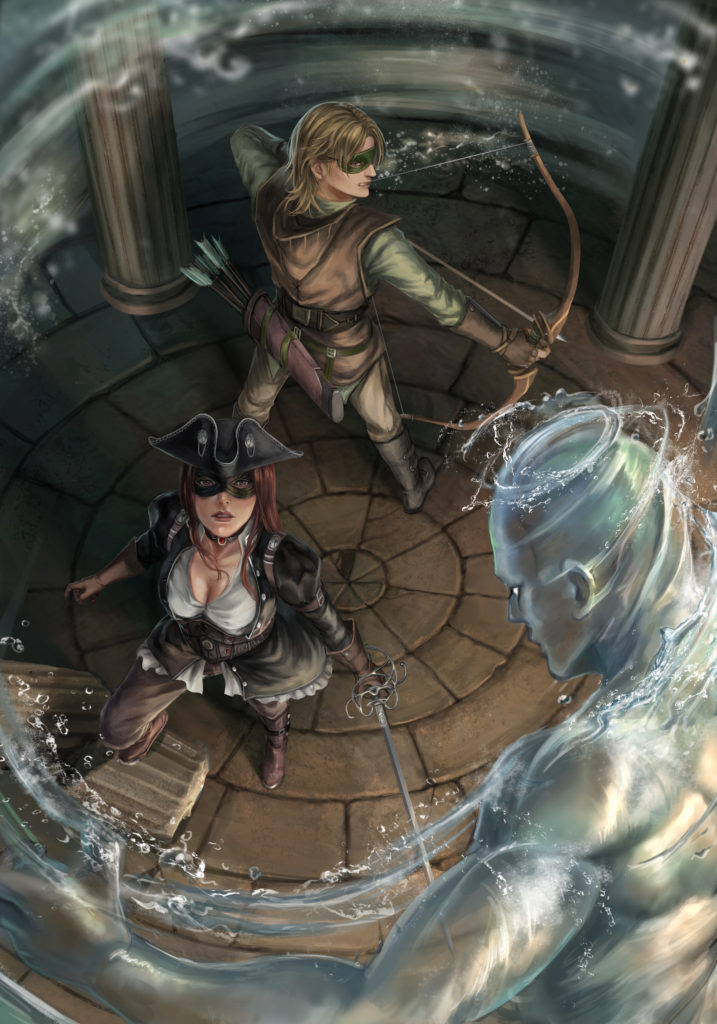 Weapons and gear have been detailed, and you can see the faces of our two heroes, although they’re covered by their domino masks and the Silver Serpent’s tricorne hat. 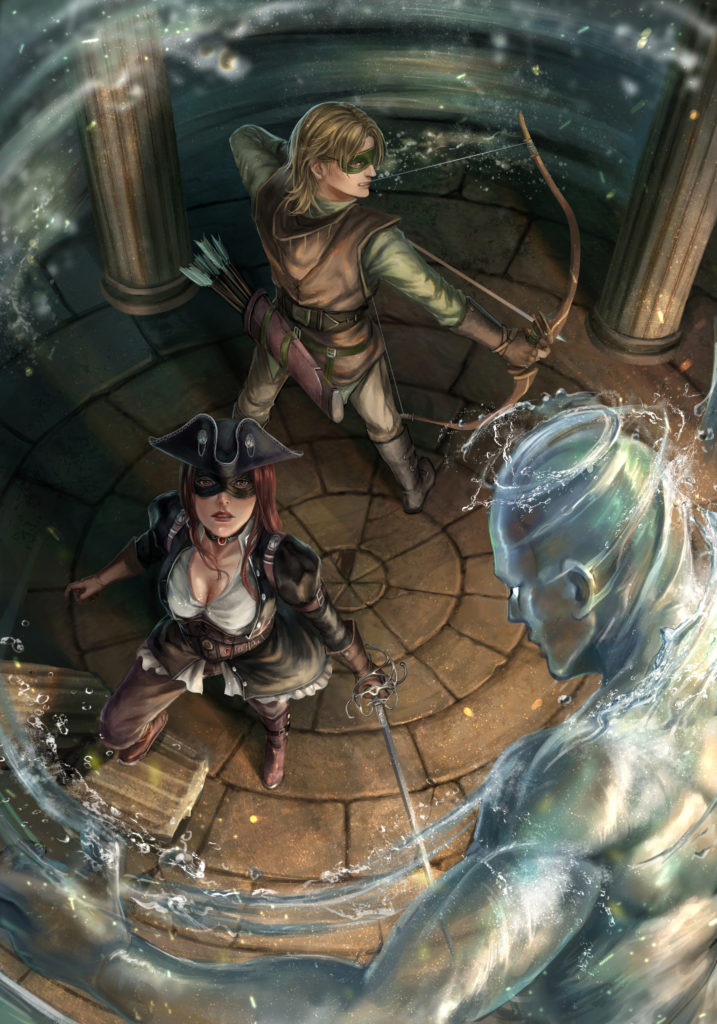 The final version of the cover adds particle effects and extra detail to everything.  Riptide’s body ends up making some cool warps to the items beneath, including the Silver Serpent’s rapier.  I personally think it looks awesome.  This was another hard piece not to want to use as an official cover.  For consistency’s sake, we used this piece as inspiration, and brought it to Leo so that he could make us an official cover, but that’ll be something we show you later!

So what did you think of the Silver Serpent Chronicles interim cover?  Did you like it as much as we did?  Remember, this book comes out in September.

And it’s going to change everything…