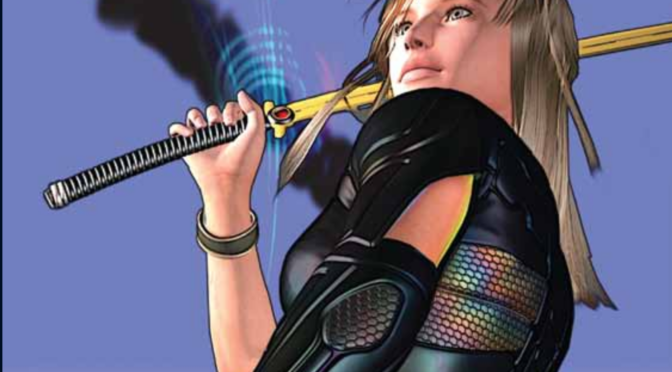 Hey everybody!  We’re here, visiting you between the holidays because we’ve got what is likely the last big promo of the year all set up for you.  This is for a series we’ve showcased a bit before, but it definitely deserves more recognition that we were able to give it before.

The Angel Brings Fire, a series from Marcus Shields, is a perfect recipe for a pseudo-fantasy, pseudo-science fiction mashup.  There’s even elements of superhero fantasies in here.  It’s got one of the coolest concepts you’ll ever hear about too.

Introducing The Angel Brings Fire, an exciting 4-volume series of modern fantasy / superhero novels about a mighty alien being, who may be Earth’s only hope against total annihilation. And the unique gift of the “Holy Fire” that she brings, will forever change the course of human history!

Below, check out the synopsis for the third book in the series. 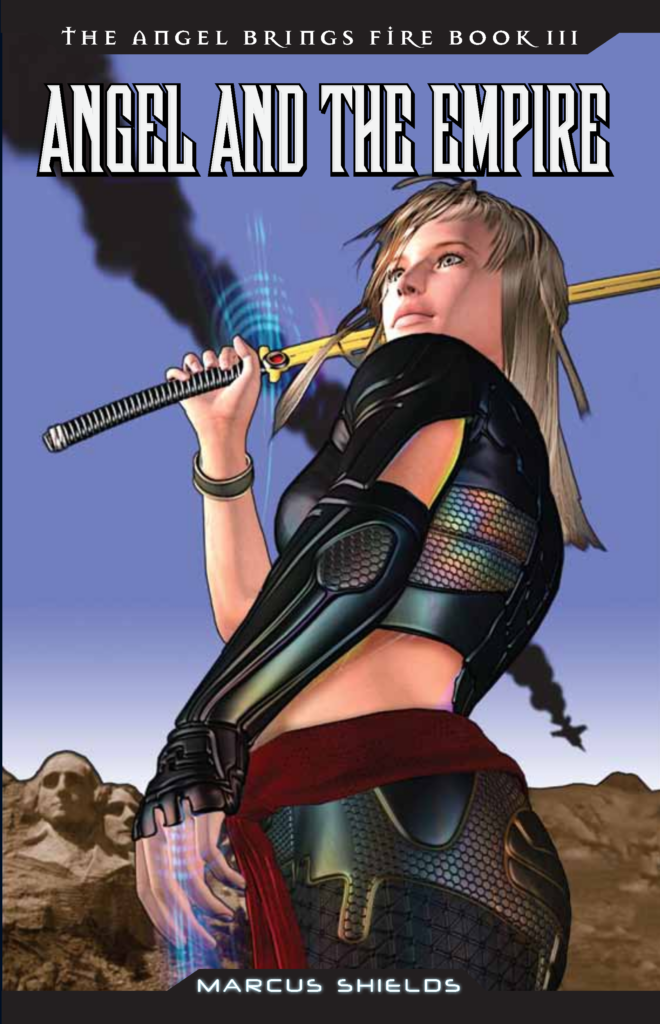 The cover to the third book in the series, Angel and the Empire.

Having saved the Sun’s third planet from a Doomsday comet, Karéin-Mayréij, the alien “Storied Watcher”, finds herself at odds with the declining, undemocratic United States of 2040.

Things aren’t going well : her new, adopted “family” has just been kidnapped by parties unknown, and the U.S. Air Force, among others, is trying to kill her.

But there’s a reason why Karéin-Mayréij is called the “Destroying Angel”, and the U.S. government is about to find out about it, the hard way. Her lethal supernatural abilities are returning fast, and her friends and family – though in dire straits – are starting to inherit super-human powers of their own.

And the President of the future United States is about to learn the truth of the saying :

“Never get on the bad side, of a fallen angel.”

The series has a very Superman vibe, but in a way that’s more appealing to fans of fantasy, if that makes any sense.  It’s a bit darker than the fare you get from the that superhero in blue spandex too.

Here’s some other good news that might appeal to you as well: the author is working on the sequel series to this wonderful four book set.  We’ll have a lot of reading on our schedule in the next year! 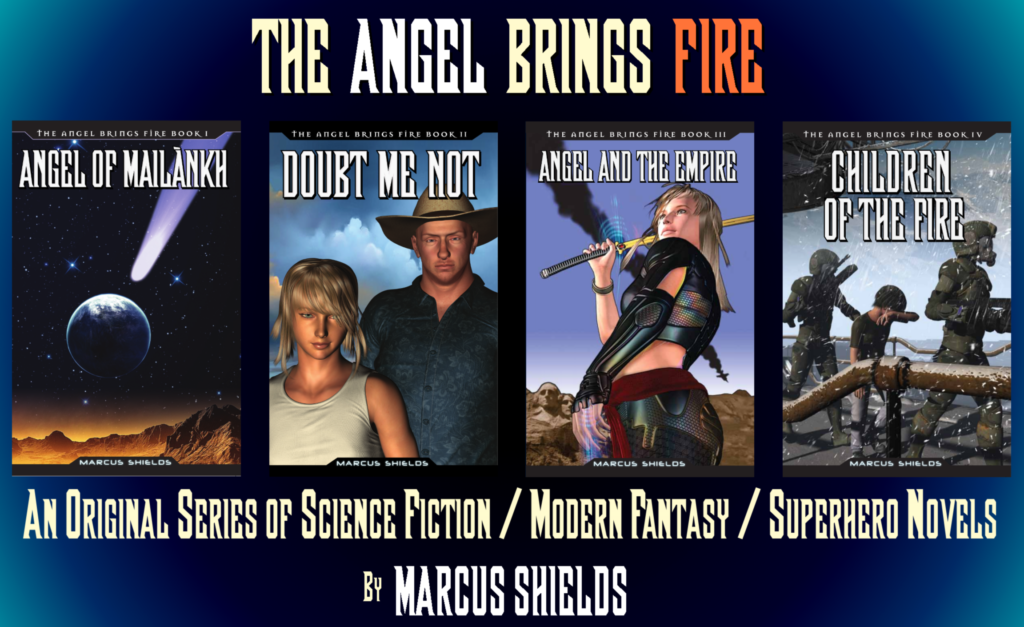 If you’re interested in reading The Angel Brings Fire series from the beginning, start off with Angel of Mailànkh.  You can pick it up on Amazon here.