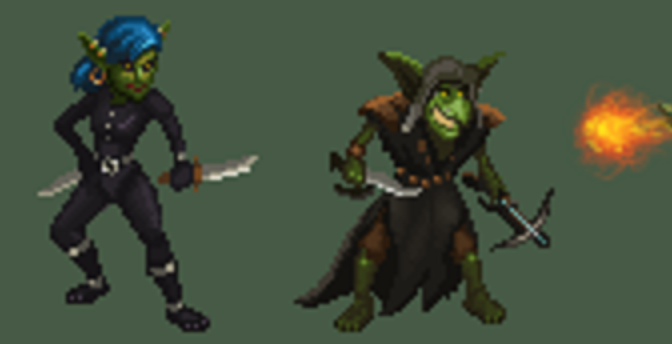 Good morning everyone!  It’s time once again to look at some of the awesome sprite work that we’ve got going on for our upcoming game.  We are so close to being able to reveal more news it’s not even funny!

We’ve shown you an assortment of races already, and after today, we haven’t even hit the halfway point.  But this will be the second half of our more diminutive races.  We’re proud to introduce to you our gremlins!

Look at them little guys!  So cute, and yet, so deadly… 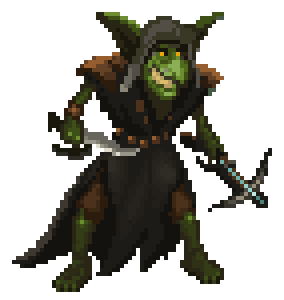 First up, we’ve got Cravat Keeno.  A master of thieves, he actually benefits from having other unscrupulous folks nearby.  He’s a brilliant tactician, and one heck of a good aim with his crossbow.  Of course, he’s just as deadly in the shadows with a blade.  Mostly mischievous, it’s Cravat’s greed that truly makes him dangerous. 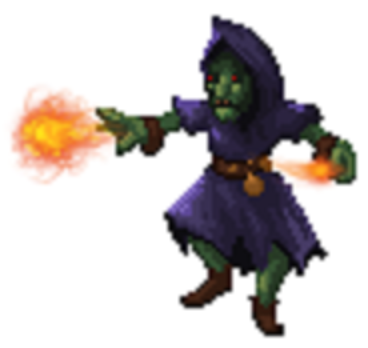 Kor Laros doesn’t exactly have the same level of charisma that the other gremlins in this group have.  Ugly even by his race’s standards, Kor has steered the disdain he’s found into pure mayhem.  He’d be happy watching the world burn, and he’s happy to start with the dungeon that has mysteriously appeared. 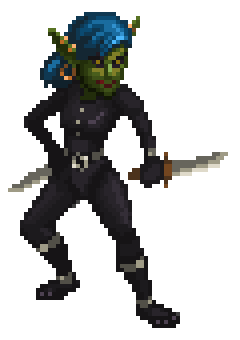 Merris Dath: sometimes rival, sometimes friend to Cravat.  She’s another thief, so she’s gives him some kind of edge.  As much as Cravat likes to lean on other people though, Merris likes to work independently.  She considers herself the queen of thieves, and values expedience over all else. 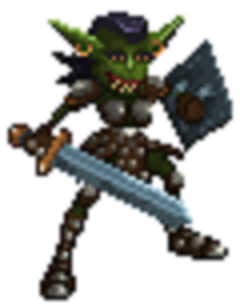 It’s a face only a mother could love, but Wecca Innis has earned her praise among her people for being a tough warrior.  And despite that strength (and those chompers), she’s known for being a bit of a charmer.  That good nature belies her skill, and she’d just as soon cut you down as compliment you.

And there’s your goblin crew.  Next time, we’re bringing you the race you’ll be most familiar with, no doubt: the humans.  For now, enjoy the tiny, tough bunch you see here!