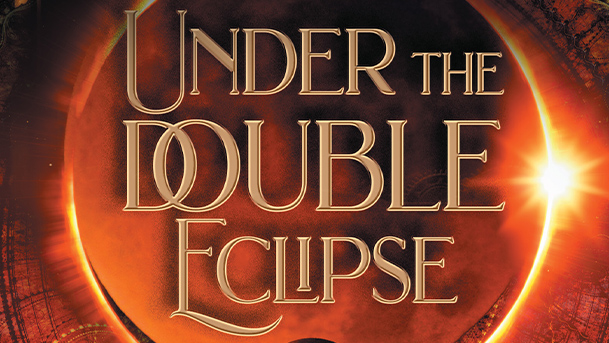 Hello friends, and welcome to our first promotion of the week.  It’s an awesome one today, because we’re bringing you an awesome debut by a very talented and crafty storyteller.  Read on to learn more about Under the Double Eclipse.

With their first published book, author Avery Dane would have readers believing they had been at it for years if not decades.  Such is the skill at which they compose Under the Double Eclipse, a fantasy painted with shades of grey before they’re colored in by clever dialog and entertaining humor.  By the time the first chapter ends, readers will already be on a ride that they won’t soon want to get off of, filled with enjoyable characters, delectable descriptions, and all the sorts of twists and turns that are to be expected in a book about wily thieves. 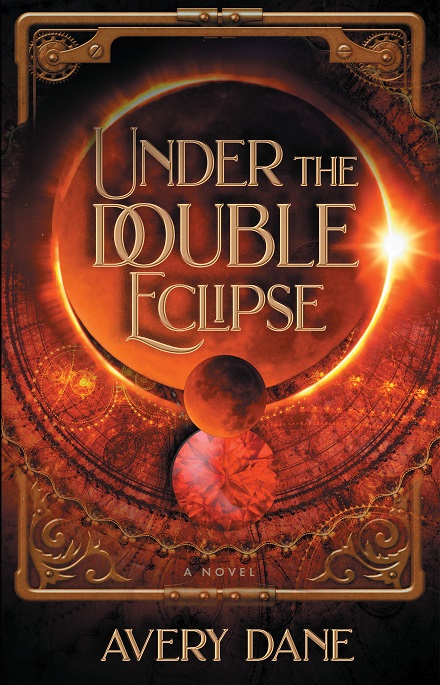 Legends say a host of wicked gods once ruled the world, struck down by those they ruled. Yet their followers remain, and when the two moons become one, the dead gods may live again.

Merrill has made a name for herself as the Drowned Valley’s top thief for two reasons. First, she never steals too much. That way, she avoids bringing down the wrath of the nobility upon her. Second, she knows a special trick that lets her steal whatever she wants without anyone being the wiser. However, the approaching double eclipse has provided an opportunity too good to pass up. Despite Merrill’s objections, she lets her partner Annette talk her into stealing a prized ruby from the most powerful noble in the Drowned Valley. While the job goes off without a hitch, Merrill quickly learns that if she doesn’t give the ruby back, she’s as good as dead. Not a problem… Except that an ancient cult needs the ruby—and a human sacrifice (Merrill’s partner), to resurrect an ancient god. If that wasn’t bad enough, a secret agent from a powerful empire has come to stop the ritual, and she’s willing to blow up the entire Drowned Valley to do so. Even with her special trick, Merrill may not be able to avoid the apocalypse.

One of the greatest strengths of Dane’s story is its cast of characters.  Readers will be addicted to the back and forth between the leads, but the supporting characters and bit players are all fully-realized and entertaining as well.  Dane’s bread and butter is with the two thieves at the center of the plot though.  Merrill and Annette are too awesome not to see in action again, so here’s hoping that we get more from them soon.  In the meantime, show some love for the author, and pick up the first book in what could be a very catching series.  Check out Under the Double Eclipse on Amazon today!