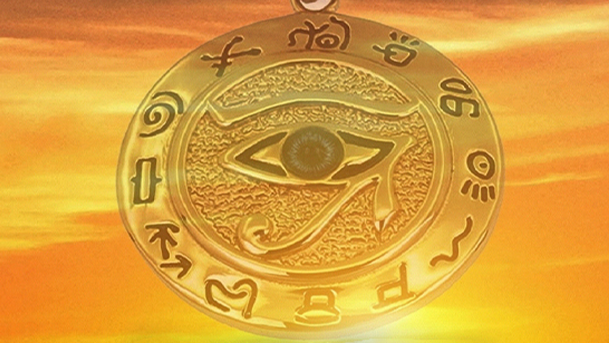 Welcome everyone to a brand new year!  I have a suspicion that 2021 is going to be a much better year than the last one, and at least from a “jumping into awesome new fantasies” perspective, I can assure you we’re off to a good start.  For our first trip to the Otherworld this year, we are going to be looking at Sanctum: Sands of Setesh.

Authors C.S. Kading and Tony Fuentes collaborate to bring about an incredible and compelling new world in Sanctum: Sands of Setesh.  This pair of talented talespinners built upon the foundations of a mutual friend’s work in grand, sweeping ways.  There is life in Sanctum, as though it was ready to be explored, and Kading and Fuentes let it breathe in interesting and complex fashion.  With such rich history and mythology, it is easy to visualize this foreign world.  The ways that it twists traditional fantasy is intriguing and clever, and readers will be drawn to all that Sanctum has to offer. 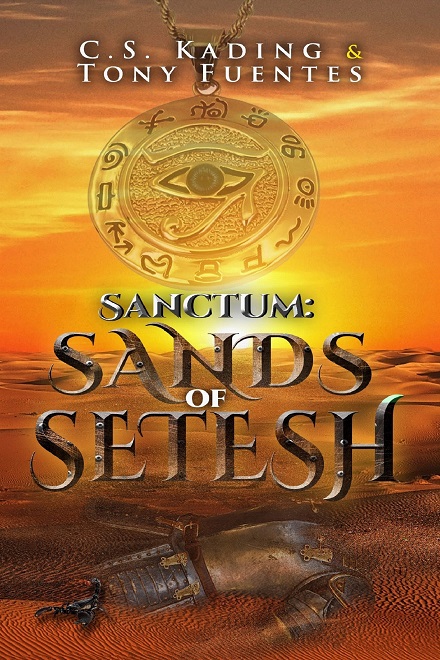 Every faith has a story of how the world ends. It’s hard coded in their mythologies. But when the end of the universe actually happened, it was unlike anything ANY of them predicted.

Those Divine beings who survived the Reaping crafted a place of survival for their people, and ushered them to safety. Gone are the once glorious civilizations of myth and legend.

Gone are the heroes of ancient days: Hippolyta, Beowulf, Gilgamesh, Cleopatra, and Arthur. Their stories are the foundations of civilizations seeking to rebuild in the wake of destruction. Here are peoples of myth made real, some crafted from the clay of this new world; others pulled from the dreams and nightmares of the old. Human and Orc, Dwarf and Fae. Here, The Divine have taken a personal and vested interest in the Realm. These are the last of their followers.

For 5000 years the survivors of the Reaping have tried to reassemble some shadow of the former glory that was once their respective civilizations. Cultures war with one another seeking supremacy and control while their chosen Divine continue their ancient battles in the heavens still. The names they possessed when they came here have been lost to time; but their position and function… for those who have survived… remain.

Saved from the desert sands of Setesh by Orc priest Tulok, Knight Wanderer Isolde du’Avalonne must complete the last quest of her Lord, Ser Reynard the Swift; but the denizens of the desert have other plans for the foreigner and her savior.

A tale of the Daring and the Divine.

Kading and Fuentes clearly have a passion for writing and storytelling.  It shines in their characters, and in the elements of the plot that they’ve woven for them.  Sanctum has tremendous potential, and the heroes they’ve unleashed upon its lands.  Readers who are interested in rich, elaborate worlds are in for a treat when it comes to Sanctum.  There is plenty more to explore, but it all starts with this first book.  Check out Sanctum: Sands of Setesh on Amazon today!  Or you can support the authors directly on their site, SandDancer.