Hello folks!  It’s been a great year so far for fantasy, and we’ve had a lovely set of books come through from the Otherworld over the past few weeks.  Today, we’ve got your next favorite read lined up for you below.

J. Steven Lamperti’s Moon & Shadow is a clever and delightful read, and it goes down incredibly smooth.  The author has a way with words that isn’t mechanical or academic, but instead carries on with an air of whimsy and playfulness.  In fact, this is the kind of fun fantasy that someone who enjoyed The Princess Bride or Stardust would very much enjoy.  It almost feels like a yarn being told as a bedtime story, and it’s because of that, perhaps, that you’re always eager to know more about the world being built. 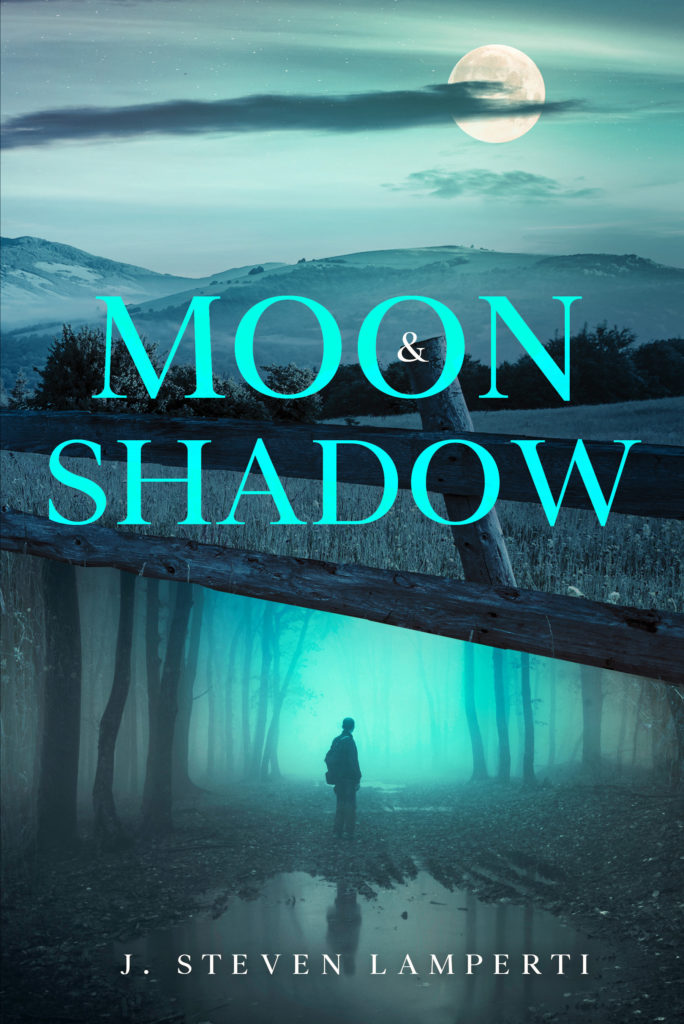 “Pull up a chair and settle down for a good read: humor, magic, adventure.” –Page C

A young man from a small village climbs a cow pasture fence one night and pulls the moon from the sky. So begins the transformation of an uncomplicated villager named Sebastian into the Knight of Moon & Shadow, a warrior fighting to defend his town and his love during an epic battle of powerful wizards.

Swept up by mysterious magical forces, Sebastian is the last hope of his village. He must defeat a nightmare beast and its creator who seek to use the destructive power of his people’s worst fears against them.

Mysteriously empowered to resist the forces intent on destroying his world, he collects the magical arms and armor that he will need to save it. Sebastian’s allies are his fellow villagers, the spirit of the moon, and the mysterious channeler who started him on this path.

Moon & Shadow is the story of a young man’s struggle to use his mysterious gifts to save his world and everything he knows from destruction.

Lamperti delivers a charming tale in Moon & Shadow that will stick with you for some time.  This enchanting story blends amusing storytelling with catching world-building and clever dialog, and it all comes together to make a truly memorable coming of age fantasy.  You’ll race through the story before you know it, and you’ll curse the fantasy gods for letting so entertaining a tale end so quickly, but you’ll be happier for having experienced it.  Check out Moon & Shadow on Amazon today!