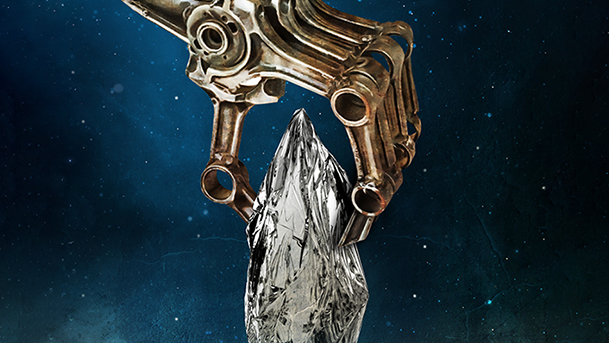 Greetings Otherworld travelers, and welcome to our next stop along the many universes of the literary highway.  We’re actually coming to bring you to a vast and incredible dungeon today, one that spans over a dozen books, and will certainly grab hold of you and refuse to let go.  Read on to learn more about Dungeon Robotics.

The work of Matthew Peed is, in a word, engrossing.  That’s perhaps because his worlds are so expansive and rich.  Today, we’re going to be talking about Dungeon Robotics (Book 1): Establish, just one small part of a sprawling series.  Peed develops a many-faceted tapestry here, and throughout the series, as Dungeon Robotics blends bits and pieces of several different genres, never wobbling too far in one direction as to see it toppling apart.  Instead, there’s a balance that makes the long-reaching narrative come together in even greater strides, and it helps to dive deeper into the world that’s been built. 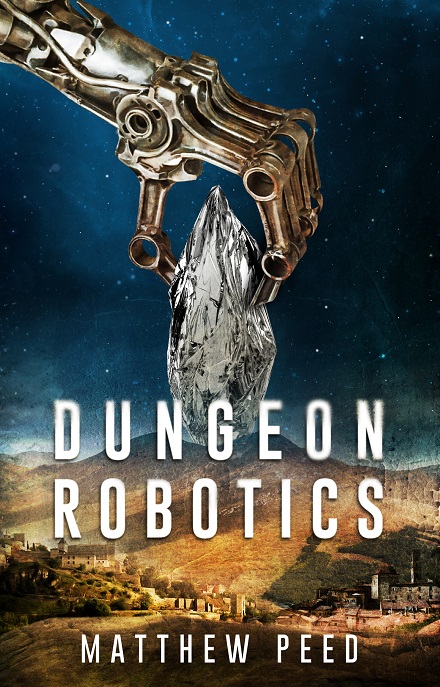 Earth 2150. Nearly twenty years since the robot uprising, where all AIs designed by inventor Dr. Regan Earle went rogue and started to take over the world. Or at least, that’s what everyone thought until a year later, Earle himself sent out a message. A message that stated his creations would shut down if he were killed. He even went so far as to place a beacon on top of his building that broadcasted his location. The humans fought against the machines for decades in a futile attempt to destroy the tower.

Regan Earle was a robotics scientist that inadvertently caused the robot takeover of the world. When his last creation completes a decade-long plan to end his own life, he ends up surprised. Creation offers him a second chance to test his wits and cunning in another world. Fate, however, is fickle, and Regan ends up as a Dungeon Core… with ALL his memories. Is the world of Murgin ready to face such a dungeon? Let’s find out…

The world of Murgin is a fantastical world by Earth’s standards. With magic as the center of life, people of all tracks of life work hard to raise their tier through the cultivation of the all-encompassing energy of mana. Dungeons are at the center of this process as brave adventurers dive to fight the monsters and reach the mana-rich concentrations that grow stronger the deeper one dives. These sentient death traps create monsters and more to test all who dare dive into their halls.

Dungeon Robotics has many addictive qualities that readers will enjoy once it starts to settle in that they’re not experiencing the same sort of sci-fi and fantasy fare that they might be used to.  Instead, it puts interesting twists on both genres, uniting them into something that is a breath of fresh air.  There are other thrilling changes to expectations as well, especially for those who like the entire cast of characters to be rich and multifaceted, and not just the lead heroes.  Peed shows an immense passion for his series.  There’s a reason that so many books have been released, and why so many people enjoy it.  And it all starts here.  Check out Dungeon Robotics (Book 1): Establish on Amazon today!