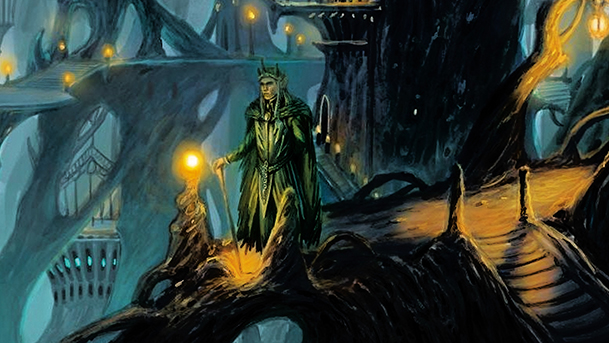 Greetings travelers, and welcome to our next stop in the Otherworld.  We’ve got a new realm to show you, set in a book that could serve as an afternoon snack in your coziest of chairs.  Get ready for a twist on some of the genres most known conventions.  Read on to learn more about Daglander.

Author Gregory Macdonald doesn’t try to reinvent the wheel when it comes to his fantasy debut, Daglander.  Instead, he keeps the whole wagon rolling, and showing some fresh new scenery along the way.  Daglander features classic races and monsters, but Macdonald makes them his own by introducing a spin on the world itself, as he helps the reader dive into the world of Terras.  Within the first few pages, it’s already clear what sort of civilizations are at play, but even early on, readers will get a sense that Daglander has a playful feel to it, and it is instantly accessible to those who love the genre.  There are some darker elements present, but it is ultimately a story that evokes traditional fantasy and leaves the reader feeling more warmth than cold, more light than darkness.

Aelwas and his unique group of companions are sent on an epic quest to retrieve the legendary sword, Daglander, ordered by the goblin chief, Mallog, after the goldenfel elf was caught illegally trespassing on his land after having stolen the crown of the human King Callus of Mannos. But they will need to travel through the dangerous and barren Dead Woods on their way to the dwarven city of Dadaavas to find Daglander.

There, starved and desperate sreduaram desperate for an aellar coin to feed their withering bellies are prowling the woods for prey, and the undead dragon spawn of the daguul are lurking in the shadows, preparing for an invasion of Terras—without the fresh blood of the world’s inhabitants, the noble dagaz would begin to age like their decaying troops.

Aelwas must retrieve Daglander, all while being carefully watched by the mysterious Outlanders, for his purpose is much grander than he had envisioned: to save Terras from corruption, and most of all, himself.

Playful where it needs to be, but with horrors rising from the darkness, this story is an excellent foray into Macdonald’s Terras.  Set apart by an interesting and unexpected cast of characters, Daglander is a pleasant foray into fantasy that will no doubt be comforting to the reader, even in its most frenetic moments.  While there are shadows of the greater world hinted at in its final pages, the book reads well enough on its own as well, meaning there’s no reason not to dive in as soon as you can.  Check out Daglander, by Gregory Macdonald, on Amazon today!

One thought on “Fantasy Promo – Daglander”