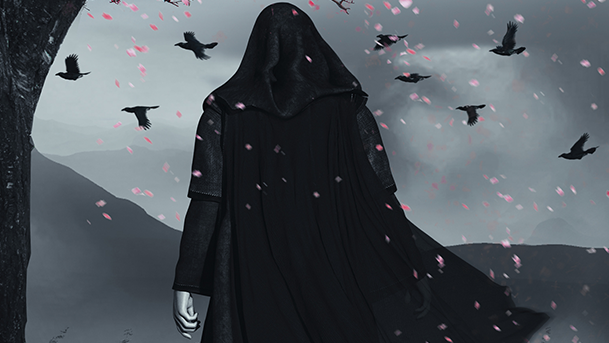 Welcome, Otherworld Travelers, to a brand new week filled with tremendous potential, and one that starts off with a bang.  It’s always nice to promote powerful, interesting work, but it’s doubly rewarding when we get to do it while saying hello again to an old collaborator.  And so it is the case today, when we travel back to the world of Dalton A. Carmon, looking at another of his Tales of the LegendNomad.  Read on to learn more about Black Wings.

Dalton A. Carmon paints his story with inspiration from the real world by the way of theology.  Some of his past books have focused on eastern mythology, but his newest, Black Wings: The Rebellion Begins, leans more on biblical folklore and legends.  Black Wings stands as a sort of primer for the rest of the stories in the Tales of the LegendNomad series.  It’s set in a time before mortals, and it helps to establish the world, and unveil the grand tapestry that Carmon has set into motion in his earlier books.  Worldbuilding is one of Carmon’s fortes, and to be able to see a new foundation constructed in his growing literary universe is a real treat. 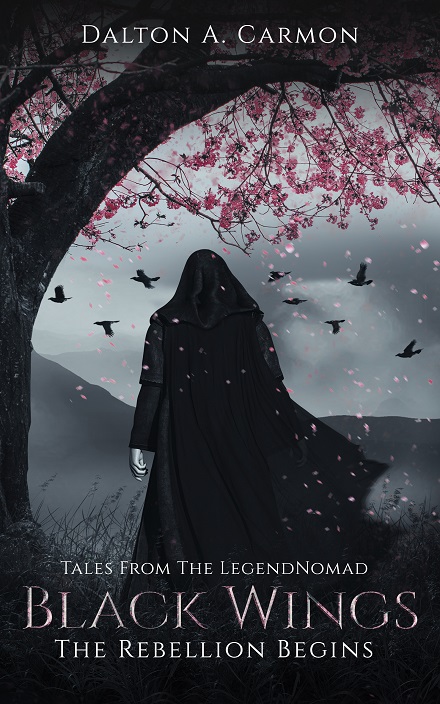 Every living thing will one day die. This fact of life has haunted the dreams of every Mortal to ever live. Every plant, animal, and even the planet itself will one day die. Death stalks the spiritual paths we all take. And as long as finite creatures knew of Death, there has been stories of the Death Angel, the Grim Reaper, and countless other names for this spiritual entity.

Psalm 23:4- Even though I walk through the darkest valley, I will fear no evil, for you are with me; your rod and your staff, they comfort me.

Journey back in time to before the beginning, and meet The Nameless, an Angel who has no wings, no name and no mission yet from his creator, The Celestial Titan. He roams the Spirit World meeting the Archangels and talking to his friends and allies, all of whom will play a part the future of the Mortals.

As the date grows near for the Mortals to be placed on the Planet, an unknown Angel breaks a statue dedicated to the Titan. The Nameless watches as the City of Angels begins to descend into chaos. The Archangels, Patience, Kindness, Temperance, Humility, Charity, Diligence, Chastity and Alphanil, begin to act differently towards him. The Nameless begins to worry that his fate may be tied up in all the anarchy.

With little warning, a war erupts in Heaven. A rebellion against the Titan and the natural order of the Spirit World. As The Nameless enters the battle, he tries to understand not only why the rebellion started, but also what his role is? He begins to understand who he is, what he will become.

His name will be Death. This is his story.

The Angel of Death has been abroad throughout the land; you may almost hear the beating of his wings. – John Bright

Buy this book and enter the world.

Exciting and compelling, this new visit into the world surrounding the LegendNomad is a great introduction to a new part of the grand tapestry that Dalton A. Camron has fashioned.  Readers will enjoy spending their time learning about the Nameless and the relationships he builds.  While Black Wings is a brisk read, it still feels meaty and will keep visitors engaged throughout their time in the world.  And, as this story tells one of the more quintessential Tales of the LegendNomad, this is as good a place to start with Carmon’s books than any.  Check out Black Wings: The Rebellion Begins on Amazon today!