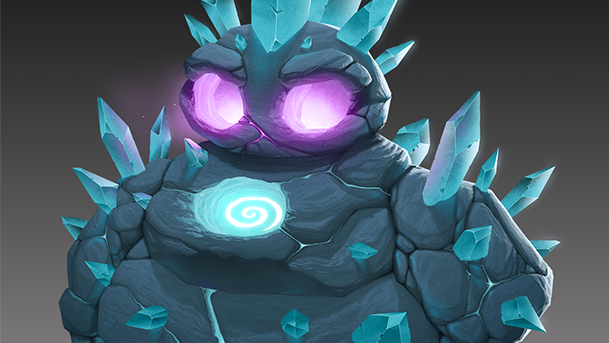 x Howdy there.  You probably know the drill by now.  It’s been a couple of weeks since the last QQMD baby, and we’re ready to complete the set.  Typically, when we’re doing the baby characters for Quantum Quest, we do sets of four, and today’s entry, the baby golem, gets us to that quota.  And as always, Cristiano Reina brings the character to life in awesome ways.

As cool as slimes and serpents and mummies are, there was something adorable and unique about this baby sapphire golem.  From its portly appearance to its spiky quartz deposits, it just looks so very different from all the other characters.  The lineart barely does the character justice, because Cristiano used such vibrant colors and shading to really make the little guy pop. 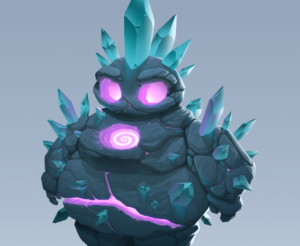 It’s fitting that the last character we worked on required some extra TLC.  If you’ll recall, we had to make some changes to the slime once upon a time, and we also decided there was at least one adjustment we needed here.  Specifically, we wanted to clean up the glowing color on the golem.  Since everything was one uniform color, and the golem’s eyes, chest and the crack on its belly glow, it almost looked like a face. 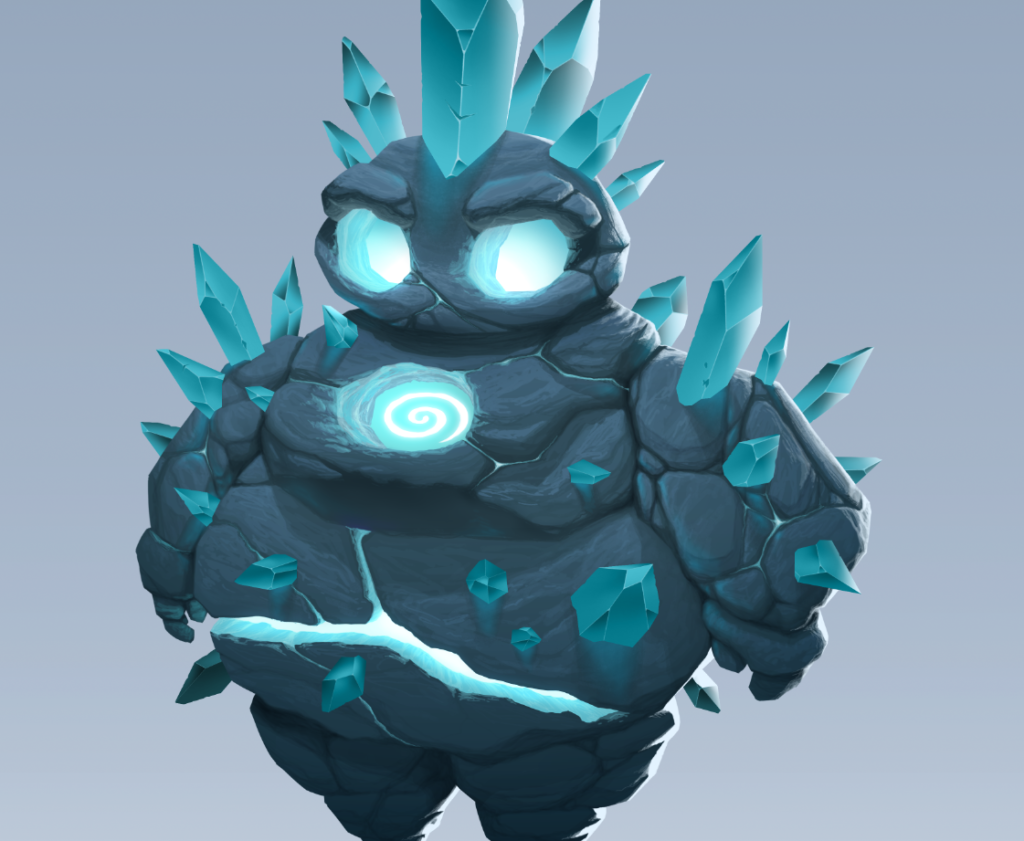 There may have been a little bit lost in translation when we described our concerns to Cristiano, because we ended up losing the purple and were left with a lot of blue… 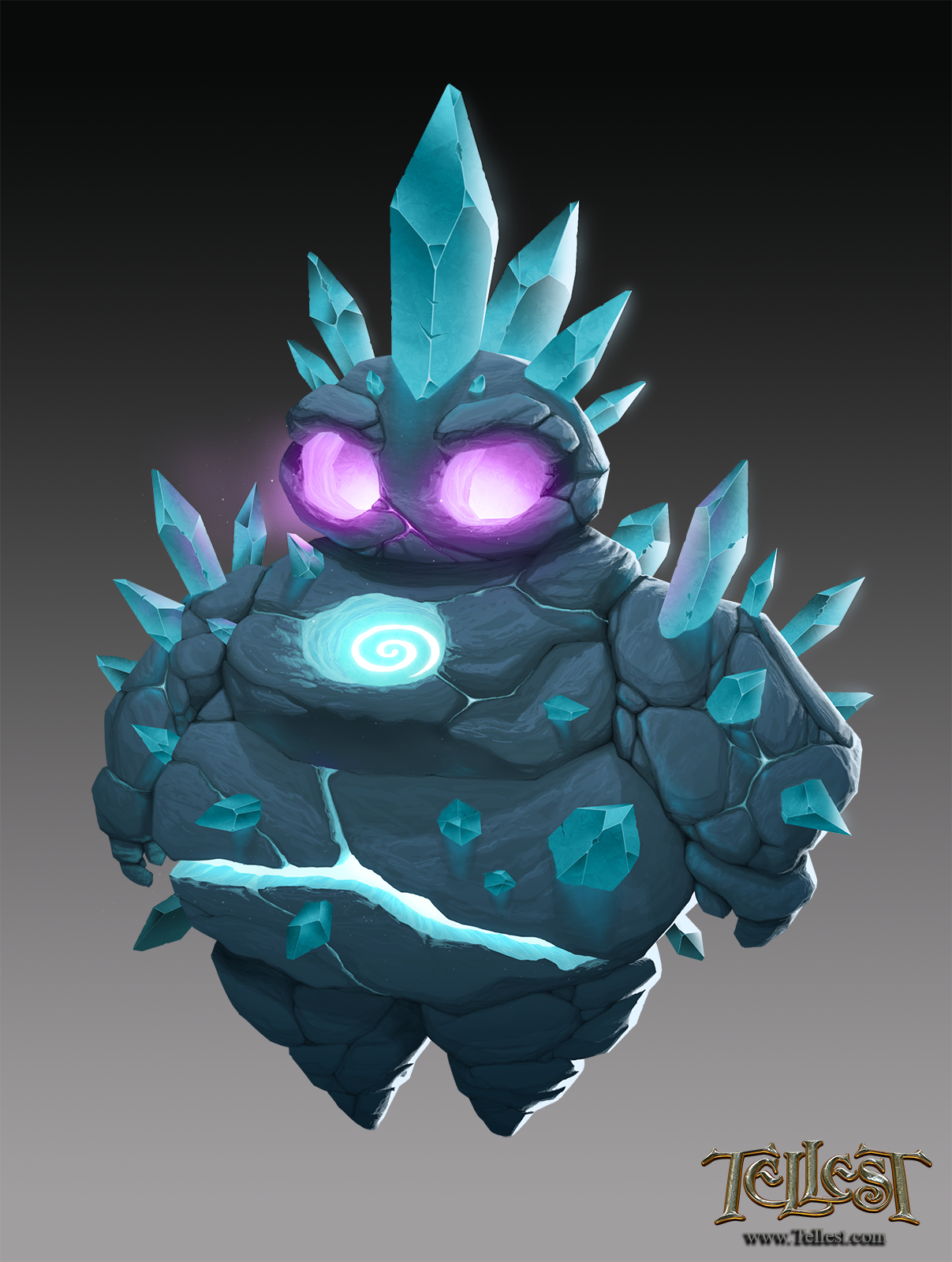 But after that, we did a combo of the two, making it look a little less like a uniform face.  The purple eyes make a little more sense, leaving it look more sentient.

So, after months of QQ art, we’ve finally come to the end of this little set.  Cristiano did a lovely job with our four monster ambassadors, but that doesn’t even scratch the tip of the iceberg as far as what we have to show off for Merge Dungeon.  In fact, we still have so much to show off that next week we’re starting a new series that shows off the actual art from the Merge Dungeon game.  Keep your eyes peeled!