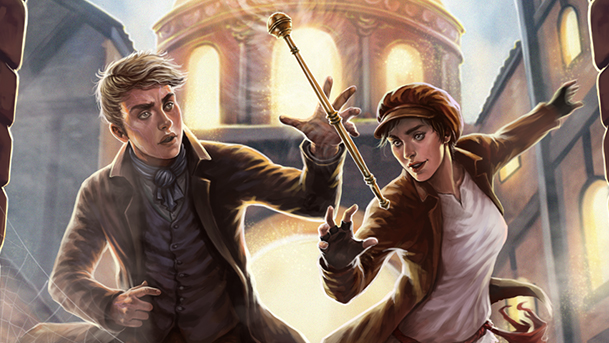 Greetings Otherworld travelers.  We’re back with yet another story to entertain you this week.  Today, we’re heading to a world where things are dangerous and have lasting effects, leaving readers on the edge of their seats throughout.  If you’re looking for something like that, read on to learn more about A Tangle of Sleuth and Thief.

Writer J.S. Lockard takes us to an incredible fantasy world that includes the Kern Lands, and the city of Peat in his first adventure, A Tangle of Sleuth and Thief: Weavers’ Webs Book 1.  The story is rich with details, laden with twists that will keep readers guessing, and set within a world where it’s very apparent that there are real consequences and the potential for great tragedy.  Lockard deftly balances it with enough lightheartedness that it’s not overbearing, instead delivering something that’s filled with just enough grit to not be grim, but realistic instead. 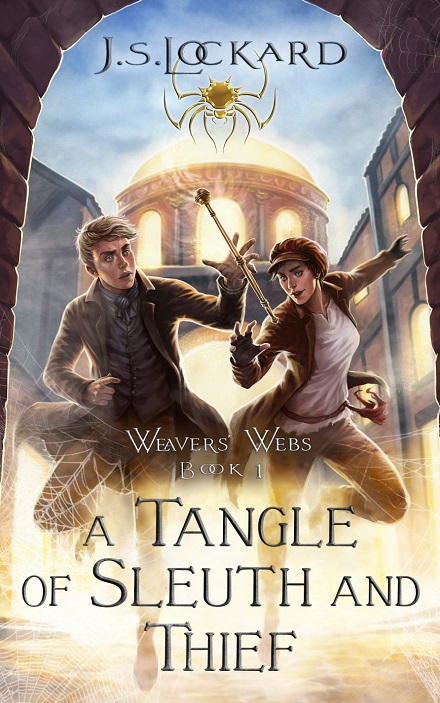 A Tangle of Sleuth and Thief is the first adventure in an unfolding tale of struggle and intrigue where unlikely characters find themselves intertwined amidst a seething morass of political maneuvering.

At almost seventeen, Eerin’s teenage boy street-thief guise is getting harder to pull off, while the lamp lit alleyways she prowls are getting more dangerous. When she is coerced into a job far outside her comfort zone, it places at risk not only her secrets, but her life and the lives of those closest to her.

As the weakest and most eccentric magic user in his family, Markum accepted he wasn’t destined to succeed his father as regional governor. Content with the responsibility free life on the family estates that afforded him, he is blindsided when his comfortable life ends. His father is sending him to the city of Peat to enlist in the Sons of Aine, a military order whose local division is headed by his uncle.

When Eerin and Markum’s paths unexpectedly cross, they will be pitted against one another as shadowy factions conspire around them, dragging them both deeper into webs of conspiracy. Each will have to rely on their unique abilities to remain un-entangled as the strands tighten around them, bringing them ever closer to one another, as well as closer to disaster.

Lockard is incredibly passionate about his world and his characters.  He writes his story with vivid, immersive descriptions that ensures readers feel they are part of the story, alongside a cast that are dynamic and deep.  He’s crafted an interesting magic system, and is continuing to expand on his world in interesting ways all the time.  While there’s another adventure on the way, this is one of the great starting points you can begin your journey on.  Check out A Tangle of Sleuth and Thief: Weavers’ Webs Book 1 on Amazon today!  Also, be sure to check out Lockard’s website, as you can find a prequel for Eerin there!

One thought on “Fantasy Promo – A Tangle of Sleuth and Thief: Weavers’ Webs Book 1”