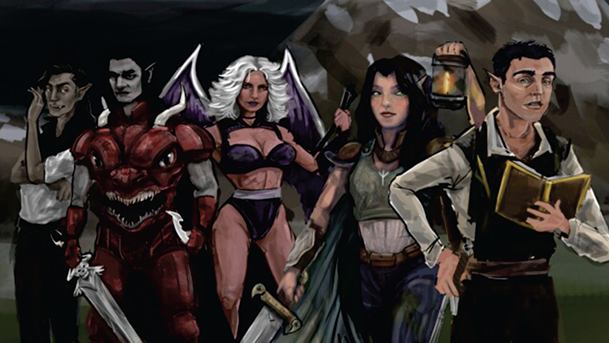 Greetings Otherworld travelers, and welcome to our second stop of the week.  We’re back with a dark fantasy debut that you aren’t going to want to miss, so strap in and get ready to delve through the shadows in your quest to find the light.  Read on to learn more about an Unexpected Encounter.

Serving up surprises one after the other, author Tyler D. Connors has great fun with his debut dark fantasy, a tale that has the reader following an unlikely cast of characters.  In The Unexpected Encounter: Book 1 (Abyss Lord’s Quest), Connors explores the events that surround two different groups of characters that will ultimately need to come together, for better or worse.  Even for the more familiar-feeling characters, there is enough that keeps them fresh here, thanks to enough of a step inside their psyches, as well as the importance of their quest. 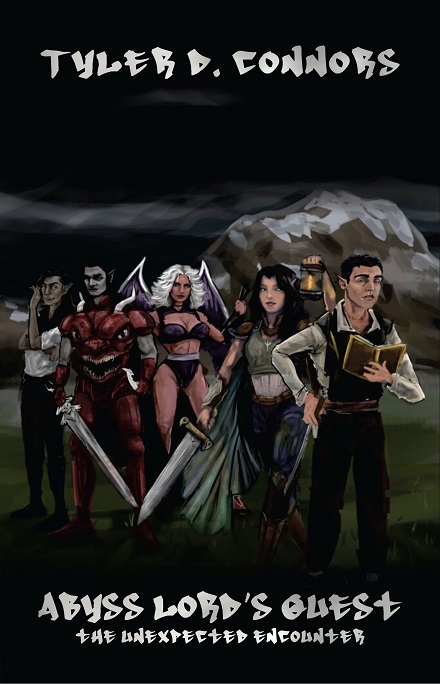 A story shrouded in mystery, foretold by the fates…

In the land of the unforgiving Llarth, two divergent journeys are entwined by fate.

The Demon King seeks only power. In preparation for an ominous ritual, he has sent his only son on a perilous journey for a rare dragon egg. The Abyss Lord carries out his father’s plans without question, risking everything.

Legwood embarks on a quest of his own to meet a mystical companion. Herenya’s guidance may unlock his inner power, but not without the notice of the Elven King. Will the egg be the solution to his problems?

Before their paths collide, each party must conquer kings, battle with trusted steel and rescue friends in distress. They must make deals and break expectations. Duel in magic and become the hunted. They must survive.

Who will prevail in the test of fate?

Connors is at his best when he’s being clever with his characters’ well-being.  He’ll put them into compromising situations and then find a way to finesse them out of them.  Throughout the book, there are enough twists and turns to keep readers on their toes and eager to find out what happens next.  The book ends on a bit of a cliffhanger, meaning that there’s bound to be more questing ahead for readers who anticipate the troubles and dangers yet to come.  With that in mind, now is a great time to jump into this first book in the series.  Check out The Unexpected Encounter: Book 1 (Abyss Lord’s Quest) on Amazon today!