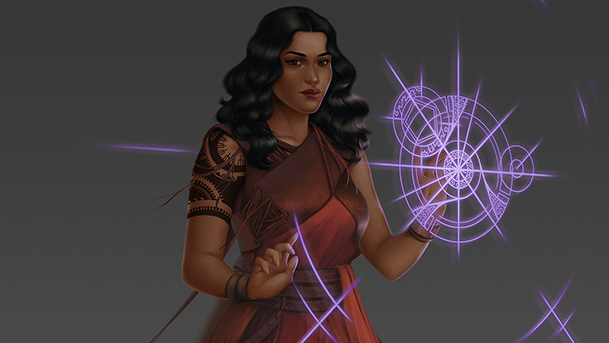 Well howdy!  Today, I’ve got a very special look at one of Tellest’s newest heroes.  She’s so new, in fact, that she’s not even out yet.  But Kaleo is about to make a pretty big debut in the upcoming trilogy-ending Wild Magic, alongside returning favorite Adelia Kreegan.  Below, you’ll see how we brought her to life as a character in the Tellest universe, courtesy of artist Barnswallow.

Over the past two years, I’ve been working on Adelia’s third story, and I’ve known for a while that she would visit the Okelatsho Islands, which is an archipelago that’s inspired by Hawaii.  The natives of the islands are varied, but Reylani, the main island that features in the story has a somewhat polynesian flair, without leaning all the way into it.  I wanted to give her an air of kind of a blend of hawaiian and romani fashion.  It didn’t quite come over the right way on Barnswallow’s first take.

But, she was awesome, and ended up giving us something that we could really work with.  Now, I don’t want to give everything away just yet, so I’m not going to talk about what her power is, but you can see that Barnswallow did some pretty cool stuff with her look, and the look of her ability. 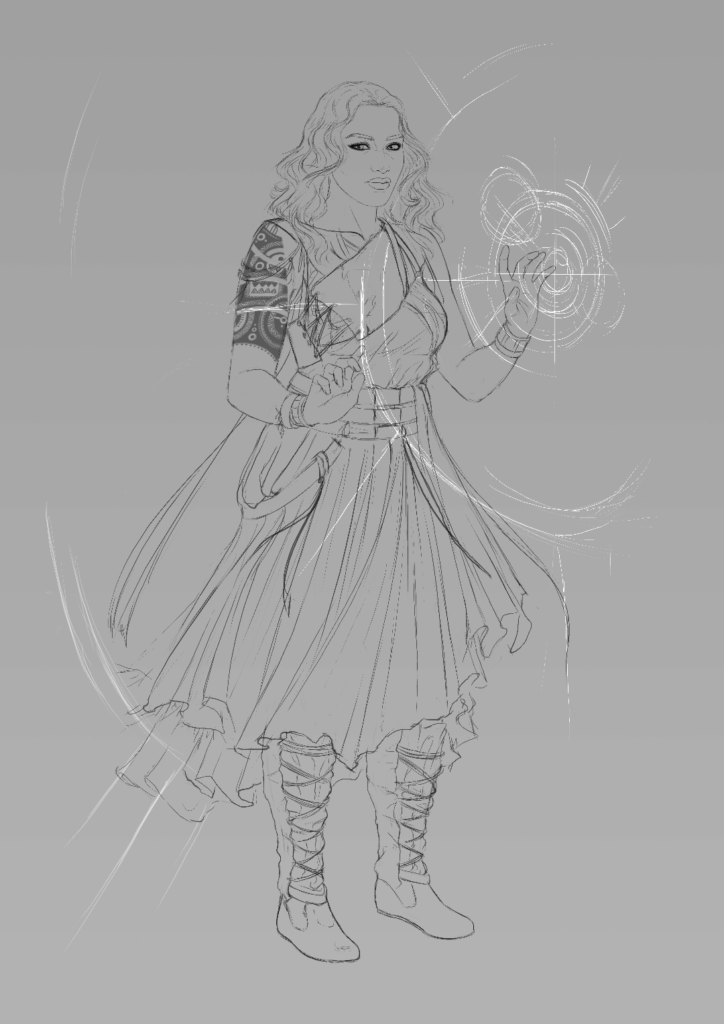 Then, with a coat of paint, she really made her pop.  We ended up throwing in a slight Indian vibe as well, but I’m very much okay with that, and I think Kaleo turned out awesome.

I’m very excited to be exploring a new place in Tellest, and I’m even more excited to use Kaleo as the kind of flagship character of Reylani.  She’s not just being introduced in Wild Magic, she’ll leave her mark on the world in some even greater ways in the future.  Stay tuned later this year for the release of Wild Magic to get your first real chance to discover more about Kaleo!