Greetings fans of fantasy!  My do we have an awesome one for you today.  We’ve been in and around the Otherworld so many times this year, but we’re officially closing out the quarter with an interesting, sometimes darker fantasy.  Read on to learn more about Bellator the Dragonslayer.

Author Ember Rayne comes flying out of the gates with a very impressive debut fantasy that explores characters in some of their deeper more personal moments.  Bellator the Dragonslayer (Tales of Crescite Book 1) isn’t afraid of some deeper moments, and readers are drawn into the journey.  Rayne is also talented at keeping the characters grounded and relatable.  Though the plot revolves around fantastic elements, you can’t help but feel connected to the events that transpire. 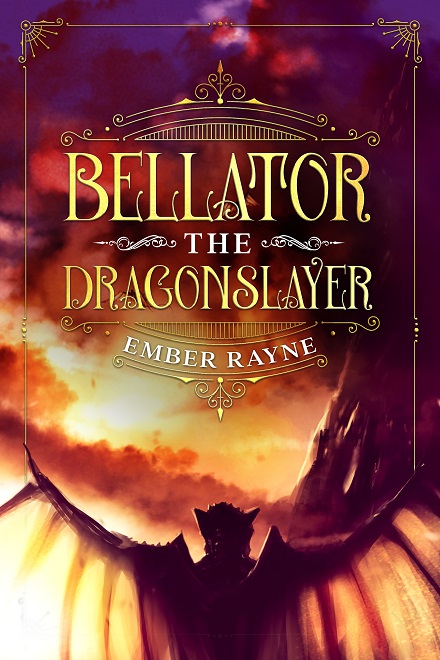 Belleviere’s dreams for the future are nothing more than what his small village expects of him – to get married, build a home, and raise a family. His peaceful and predictable life comes to a halt when his older brother dies. He is asked to give up the future he has dreamed of and the girl that he loves in order to take his brother’s place in becoming the village’s next shaman. This journey to become the spiritual leader and guardian of the village reveals the powerful dragon’s magic which has protected his people for centuries from the dangers of warring world beyond the valleys.

As dark as the story can be, there are some whimsical, humorous moments in Rayne’s debut.  And while it follows its main character closely, it is apparent that Rayne has put a lot of thought into the world that surrounds him.  It really is a wonderful blend of magic and mystery, and its story will captivate fantasy lovers.  Bellator’s journey is one worth following, so what are you waiting for?  Check out Bellator the Dragonslayer (Tales of Crescite Book 1) on Amazon today!

Also, there’s never been a better time than now to pick up the book, because Rayne has it on discount for the next few days!