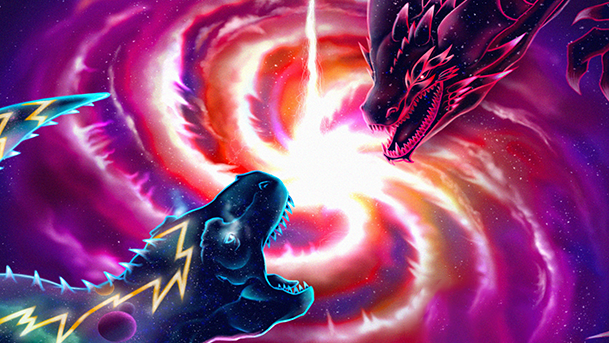 Howdy folks, and welcome to a new week full of possibilities.  It’s going to be another packed week of visits to the Otherworld, and we’re starting our journey to a book that’s sure to get your adrenaline pumping.  Read on to find out more about The Destroyer of Worlds.

Spend a few moments in author Steven Seril’s world, and you’ll see that he gets right to business, right away.  In The Destroyer of Worlds: “An Answer to Every Question”, you’ll find there is no waiting to get to the thick of the story.  Once you cross an early threshold in his book, you’re in it.  Seril doesn’t hold back, assuming you know enough about the many established characters in Destroyer, allowing the book to race toward the more surprising plot elements.  Angels and demons, titans and gods of old, and more await the reader. 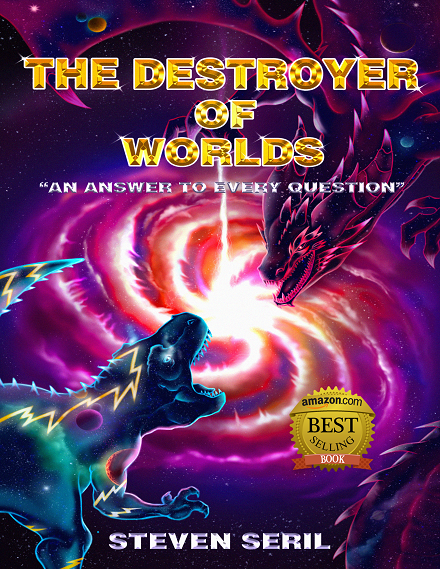 It’s the “Book of the Century” with “an answer to every question,” including a logical explanation for the formation of the cosmos, the meaning of life, the origins of evil, the source of suffering, the root cause of death, and the true price of freedom. It showcases the most powerful characters ever put to paper. It also features major mythological events such as Ragnarok, the Titanomachy, the Fall, Armageddon, and the Apocalypse in a surprisingly coherent, all-encompassing story!

Follow Athena, Loki, Thor, Susanoo, and a superpowered T-Rex as they battle a powerful race of DRAGONS for total control of the cosmos!

Despite the characters being ones that readers will be familiar with from mythology, or more recent pop culture, Seril shapes them in his own way, making them fun to spend time with.  The dialog is great, and as grand as the plot and the action are, the story retains its humor as well.  If there was one word readers would no doubt use to describe this book after reading, it would be epic.  Check out The Destroyer of Worlds: “An Answer to Every Question” on Amazon today!

Note from the author: 10% of sales will go to benefit the World Literacy Foundation, Cancer Research Institute, and/or Lauren’s Promise (protecting animals and victims of domestic abuse).

Like Loading...
|  Tags: An Answer to Every Question, Fantasy, Fantasy Promo, Otherworld, Science Fiction, Steven Seril, The Destroyer of Worlds

3 thoughts on “Fantasy Promo – The Destroyer of Worlds: “An Answer to Every Question””