Howdy folks!  I have a piece of art for you today that is either going to spellbind you, or it’s goin to really freak you out.  This one is also special because it works in a couple of different ways, as you’ll soon understand.  This is one of the first plant-based concept pieces we’ve gone into, and with that biological look, you’re bound to have some sort of reaction to it.  Let’s see what that reaction is… 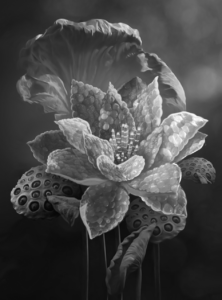 So, we have yet to use this plant in the Tellest universe, but we have got plans for it.  This is the Obsaluna Astera, also known as the Moonstar Flower.  It’s called this because it only blooms during a full moon, and even then, only under a very specific set of parameters.  As you can see here, if you have trypophobia, this is not your favorite flower. 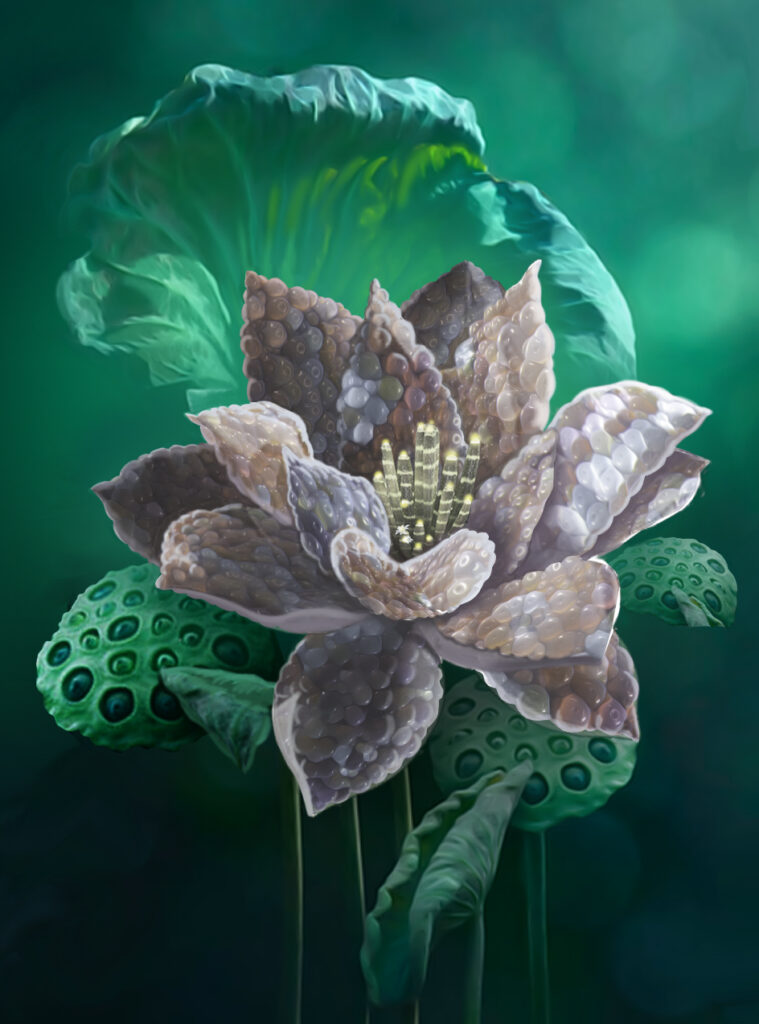 Though the marks on the leaves are pretty freaky, they serve as more than just nightmare fuel.  They’re also a warning.  Those holes can deliver a stunning blast of potentially deadly gas.  But the flower isn’t all bad.  The right person could harvest the flower and make some pretty exquisite potions and other concoctions. 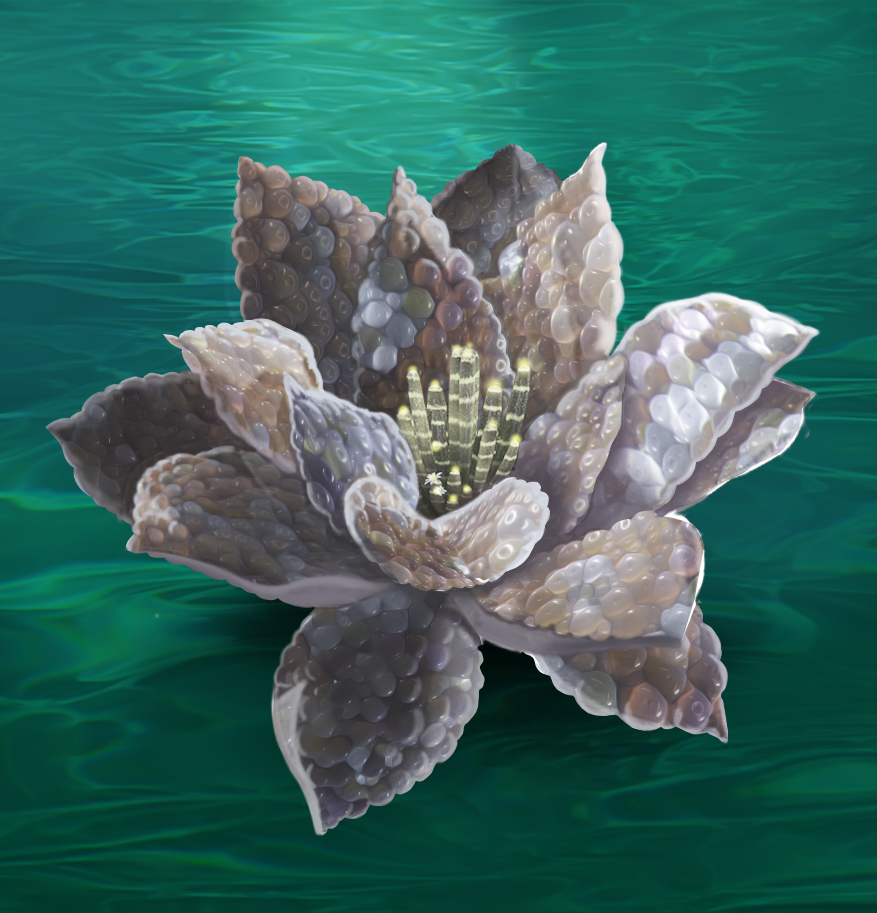 Here you have a slightly more aesthetically, less triggering version of the flower.  Technically, I think this one came first, but I liked it better overall after the fact because, again, less nightmare-inducing.  And in theory, they probably both could work, because there could be versions of this flower that don’t have the deadly leaves present, making harvesting them a little bit easier.  But in any case, we’ll have to explore just about every component of it when it’s time to really look at Obsaluna Asterae in the wild!