A few weeks ago we presented you with a look at one of the races in Tellest, the bird-like avarians.  While that was specifically the male version that we showed you, we’ve got the fairer sex to for that race to show you today, courtesy of Luigiix. 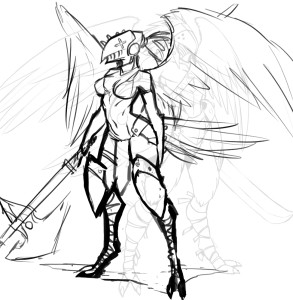 We wanted to show that the avarians were tough, able to use weapons in the air that even people on land have trouble with.  Our female avarian wields a hefty halberd with ease. 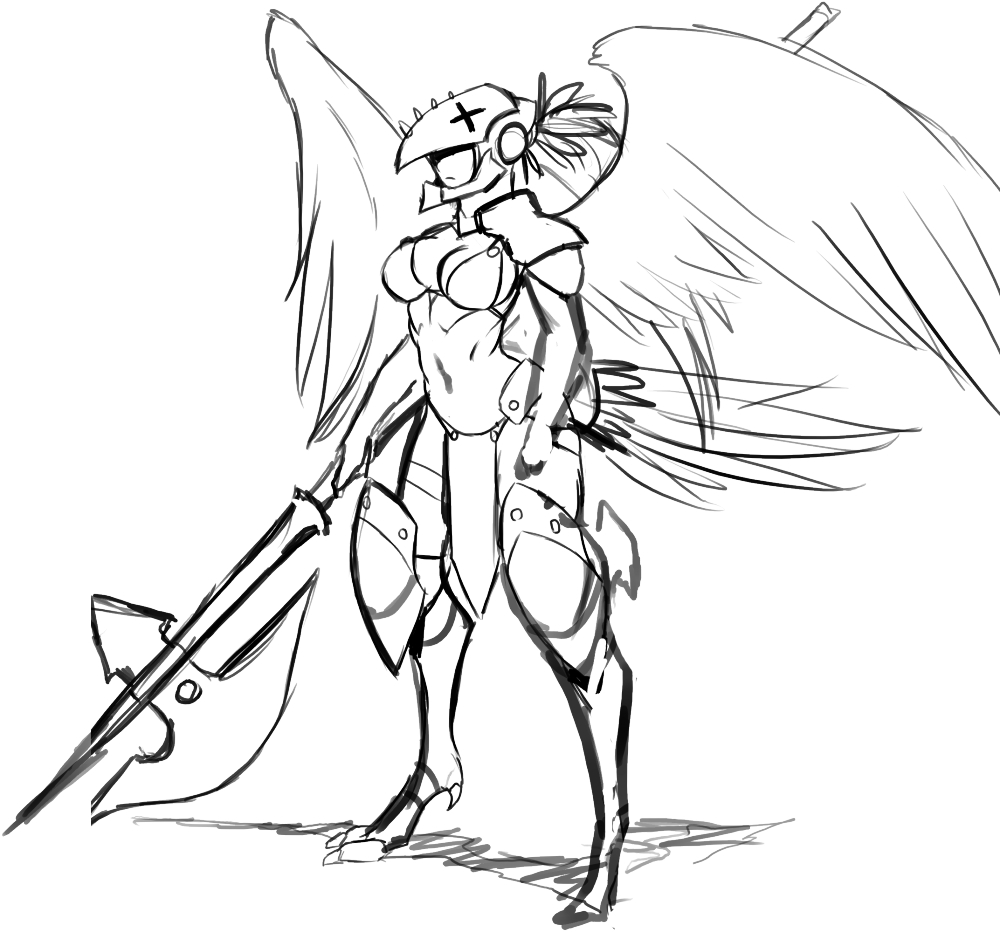 With a little more detail, we opened up a bit more of her armor, specifically the helmet.  Luigi had some trepidation with opening up that visor because he was worried he wouldn’t be able to put together the beak so well, but I think you’ll see in this next shot that he did a pretty decent job. 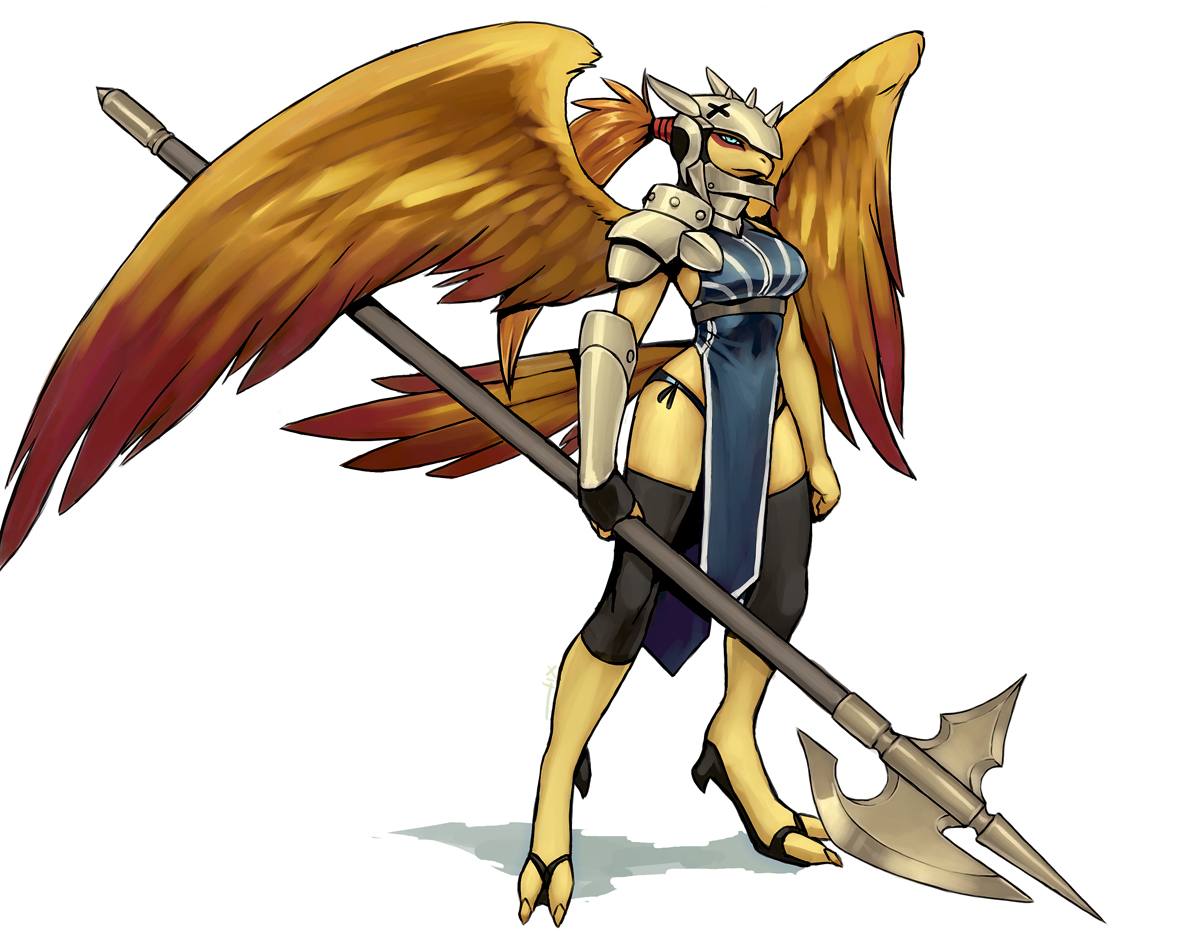 She’s got very similar features to the male avarian, but we gave her the more interesting attire, for sure.  The texture of her plumage is a little bit more apparent as well. 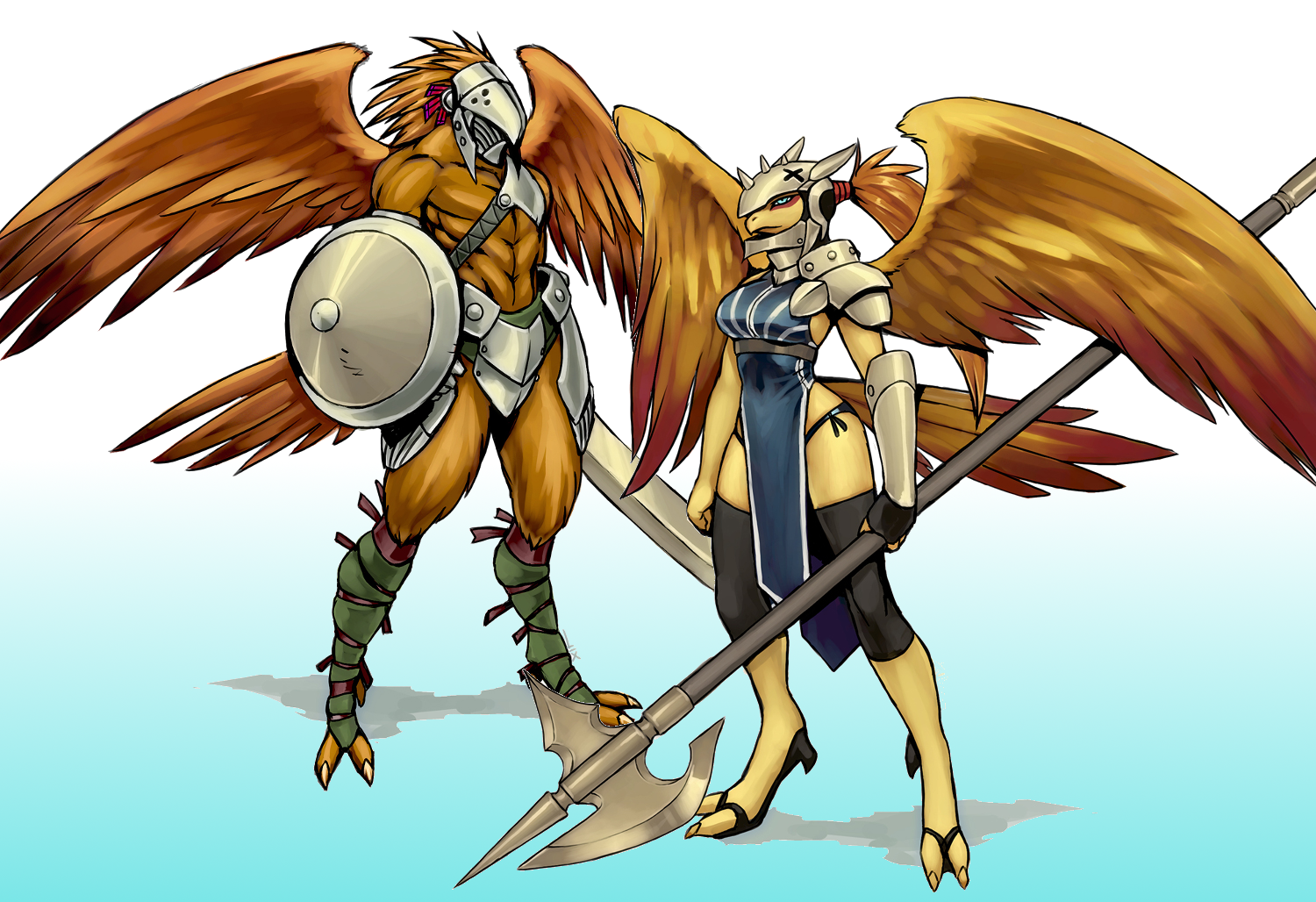 And here we have both of our airborne warriors together.  Hope you liked this look at one of the races we hope to show you more of in the future!