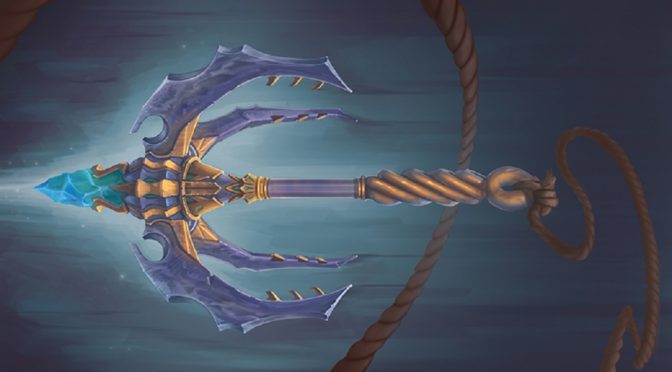 Hey there folks.  So, one of the things we pride ourselves on here at Tellest is a great amount of content, and ways to see into the world of our writing.  Thus far, most of the focus on that has been through the characters, and to some extent, various maps and locale concept art.

One of the things we’ve been missing out on is a representation of the treasures and artifacts that our characters wield.  Tellest is very much a fantasy world, and as such, we knew it was important to show that magic exists everywhere.

To that effort, we’ve banded together with a new artist named Azot, to show you some awesomely visualized versions of the treasures our characters wield.

First up, let’s show off what I believe is Kaos Kreegan’s most badass piece of equipment.  The Sky Talon is a grappling hook that can root itself magically in the air, allowing Kaos to swing and hover over obstacles and enemies. 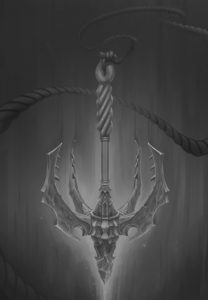 Again, these are highly stylized, so they wouldn’t quite look like this in universe, but who wants to see something as mundane as that? 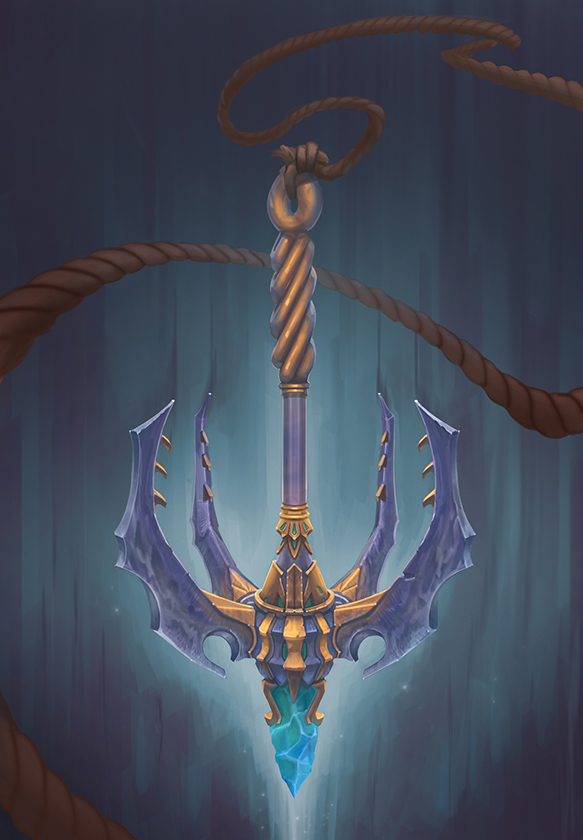 Here you can see the colorized version of it.  This definitely looks like the tool of a treasure hunter!

And what kind of treasure would Kaos be hunting?  Why not the magical sword, Wildfire?

Azot gave us versions of the sword with both the non-ignited and flaming versions. 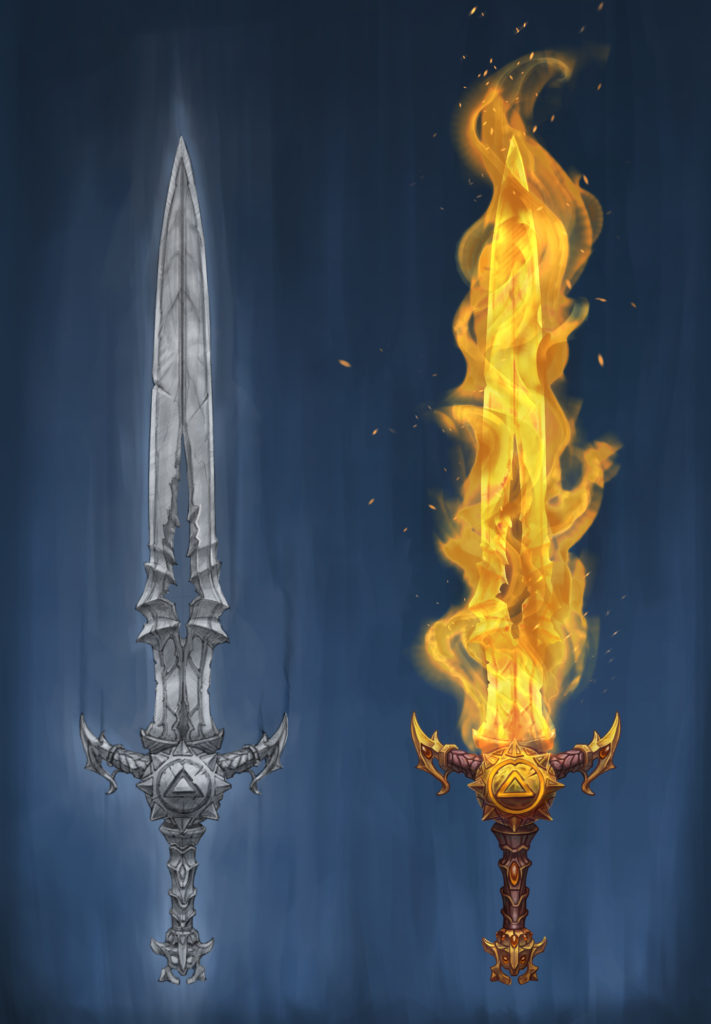 It pops off the page even more in full color.  That symbol on the sword is the first time we’re seeing Kaos Kreegan’s logo.  In the books, it’s a blue triangle and a black sun, but it looks perfect here.

Throughout the rest of the year, we’ve got much more to show you from Azot.  Keep your eyes peeled for our next update!