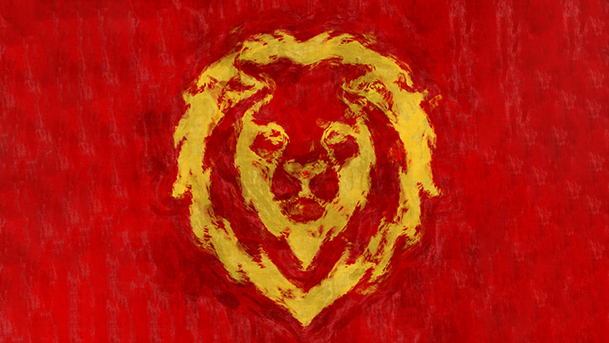 Hi there!  It’s been a little while since we looked at the last city sigil.  Today, we’re looking at one that is sure to be enjoyed by a lot of people.  The golden lion of Viscosa is something that we’re going to be seeing a lot of in the Tellest universe, and it doesn’t hurt that it looks so fantastic.

While Atalatha certainly feels like the place to be when it comes to the stories we’ve been telling, Viscosa is the official capital of the country, and one of the biggest cities in Draconis.  While none of the books have spent a considerable amount of time there, we have seen bits and pieces of life there, especially in some of the short stories, primarily those written by Aaron Canton.  As we work our way into making the world feel more lived-in and dynamic, we’ll see the sigil being used a bit more going forward. 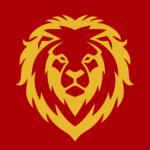 Viscosa has essentially been ground zero for a lot of things over the centuries in Draconis.  Almost as soon as the events of the convergence ended, and humans began to withdraw from the mountains and caverns once more, there was a ruler who was working toward establishing Raleigh as a country, banding things together for safety, diplomacy, and wealth.  The first person to find success in this was Quintus Raleigh, who ruled over Raleigh for almost forty years.  He was a powerful figure, adopting the lion in his image, which subsequently transferred to his kingdom.  The sigil only shifted briefly during the reign of Magnus Lorethal, but that’s a story for another time. 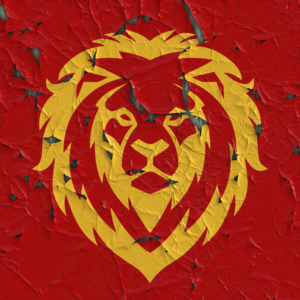 Because of how long Viscosa has been around, it wouldn’t be unheard of to see painted versions of the sigil chipping away here and there, whether you’re talking about the city proper, to cadet branches, fortresses, and other facilities that have some connection to the city.  In fact, considering the age that some of them could be, dust and detriment might have completely ate away at the color, giving the reds and gold an almost ancient look. 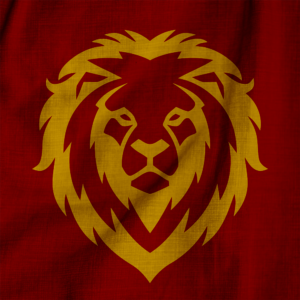 Considering that Viscosa is mostly landlocked, you might not think that you’d see much by way of a banner outside of a parapet or upon the field of battle.  But many people know better.  While Viscosa’s naval forces aren’t particularly strong, since they don’t have to protect the city from other ships, with the Spirit River at their back, they have some interesting abilities when it comes to trade.  Ships from Viscosa often have two things for certain: a lion flag atop its mast, and a wizard to fill the sails with wind to help it travel upstream.

Below, you’ll see our painted version of the Viscosa sigil.  There is still a great deal of pride in the city, even as crime fluctuates, and diplomacy fails before stabilizing, in whatever cycles people have come to expect.  Whether it’s a person joining up with the Viscosan military, or even the Adventurer’s guild in the city, there would be plenty of people who would equate the lion with pride.

As always, we like to wrap things up with a phone background version of the sigil.  This red and gold looks bold on a phone screen! 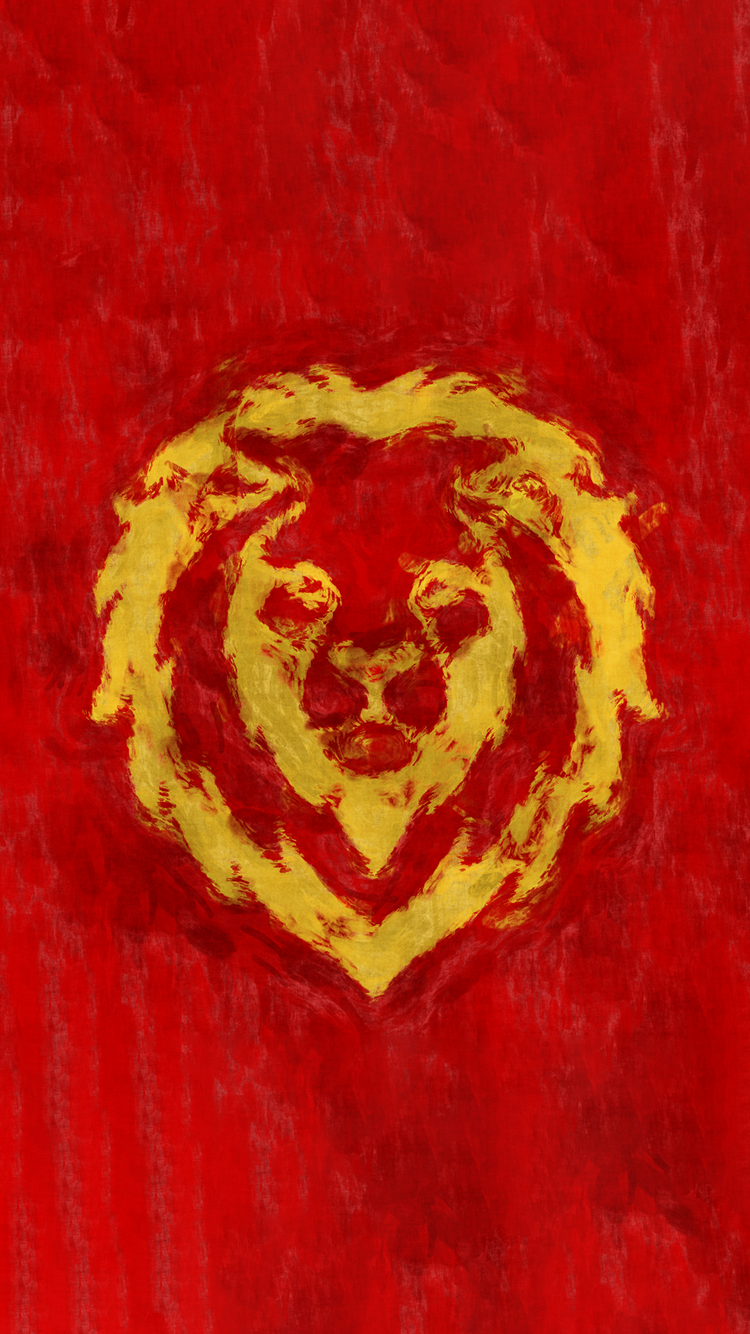 Viscosa is a place that we’re going to be seeing a lot more of in the future.  There are characters from there that we’ve been developing for a while, and there are certain cultural things that are spreading there fast, so we’ll definitely be spending some time that we haven’t thus far.

While we don’t have an official map of the city available at this time, one of our artists is giving us the first real good look at the city in some upcoming concept art.  It may not be long at all before we really see the city start to spring to life.

By the way, since the last time I scheduled one of these sigil posts out, we’ve made some sweeping changes on the Tellest Etsy shop.  You can even pick up a Viscosa mug right now!