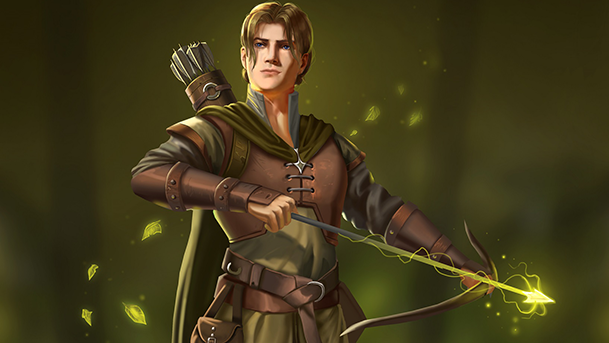 Howdy folks!  It’s been a little while since I scheduled a post here on the Tellest site (I’ve been very busy with the day job and NaNoWriMo).  So hopefully this doesn’t feel too out of sorts.  About a month ago, we had our last post featuring character art from Dennis van Kessel, and today, the sad news is that this is the final Dennis piece that we have.  But don’t worry, we’ll have some good news for you at the bottom of this post.

Let’s start off by looking at the poses of the character, Kelvin Drakos.  This is a slightly older version of the character that we’ve had in the past.  Hozure / Skence gave us some younger looking versions, and you can see here that Kelvin knows his stuff, and he’s ready to stand up against anything that gets in his way.

We decided to go with this Prince Charming-esque version of the character.  One of the things that Kelvin is know for is his charisma, and I really liked the idea that he would be able to jump right into battle, but had enough cool to keep his bow drawn away from his opponents or targets until just the right time.  Perhaps he’s using his enhanced vision here. 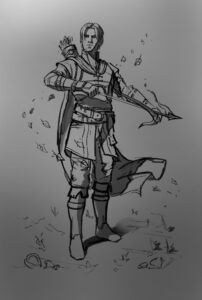 Dennis added a little more detail in this next step. 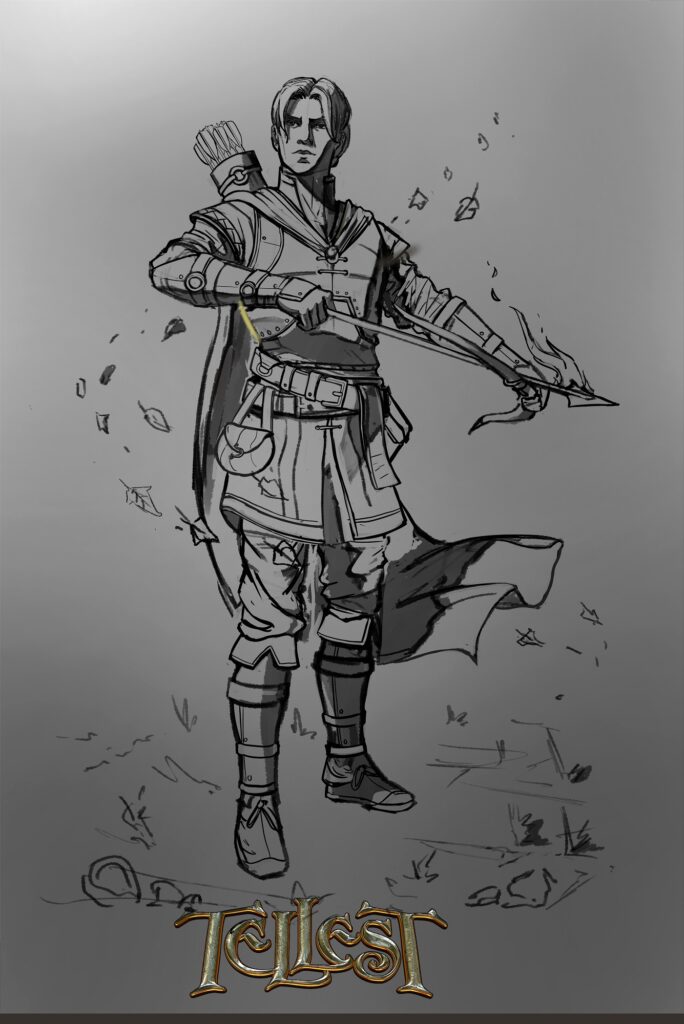 Here, we can see that Dennis added a huge amount of color to the piece.  Though it’s an abundance of golds, browns, and greens, it just makes things come alive that much more.  You can still see that there are certain bits that are unfinished, which just goes to show you how much farther Dennis can take his talents. 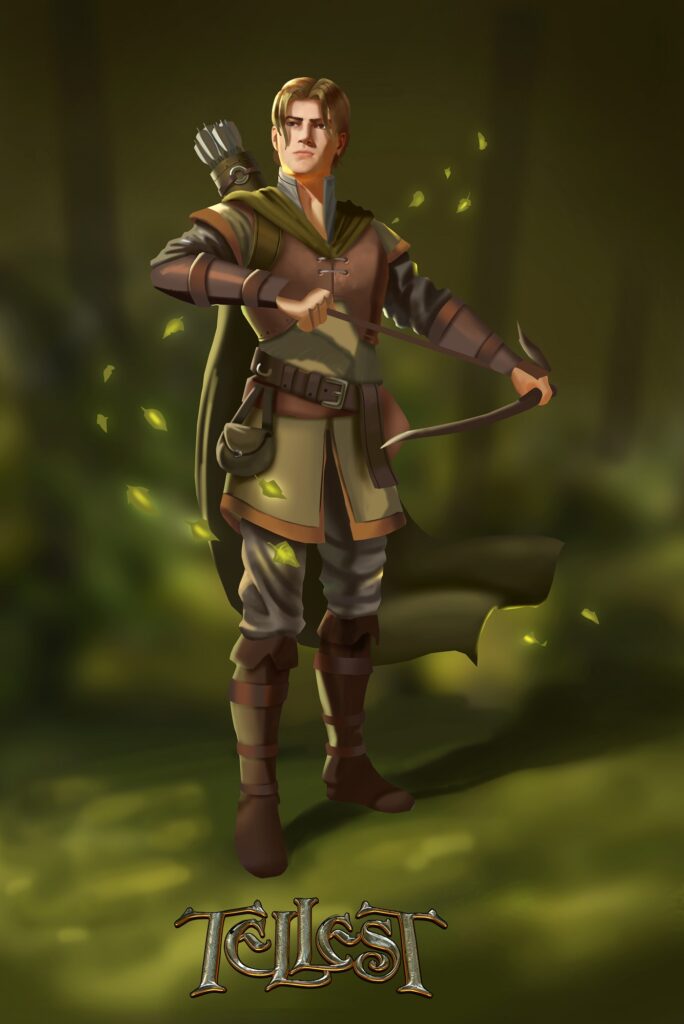 And he certainly delivers.  We decided to forgo a bowstring in this piece and make it magical in its use.  No bowstring means no worrying about it snapping, too.  You can see a bunch more definition in his outfit, and the magical energy exuding from his arrow is pretty cool too.  All in all, a great final piece from Dennis. 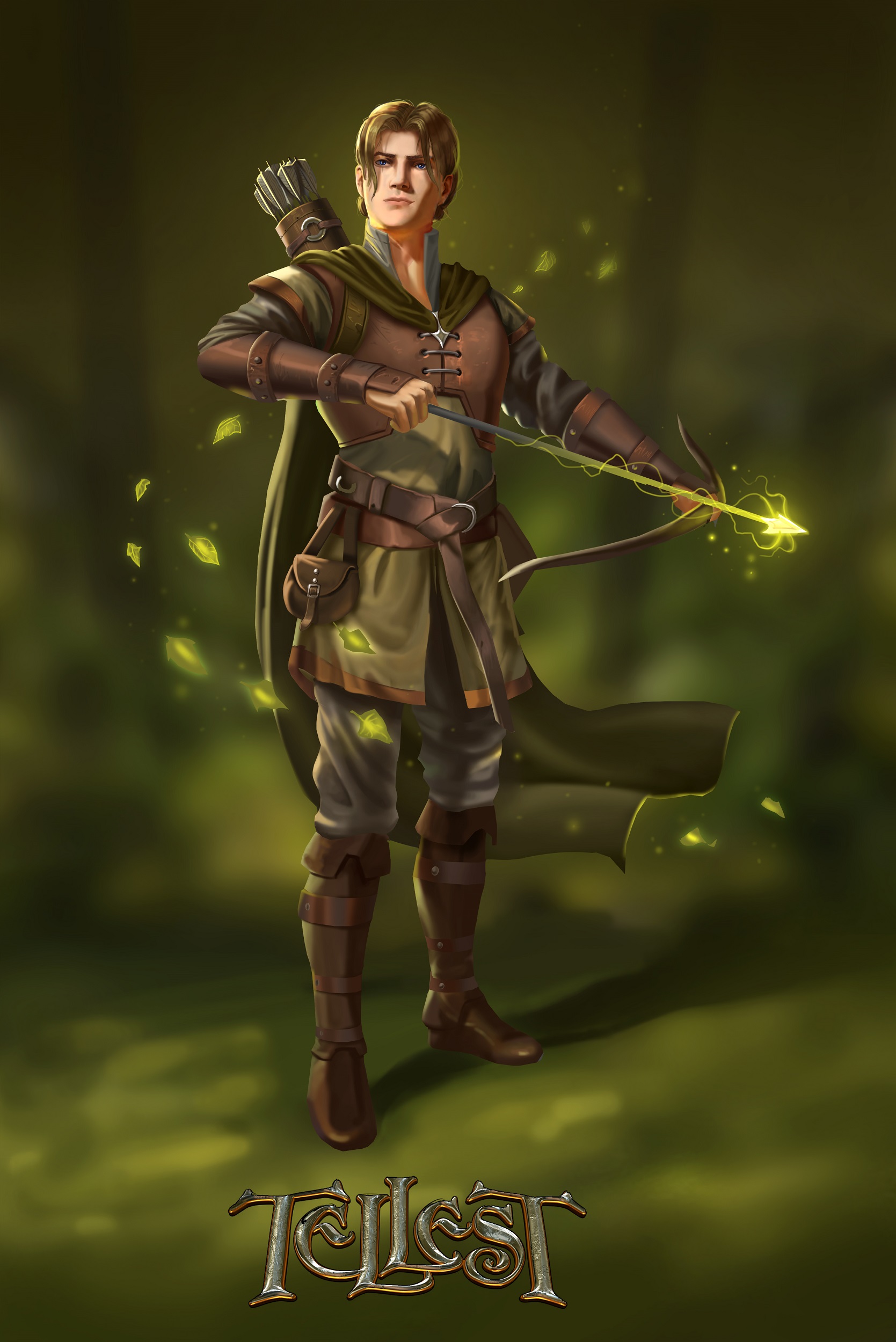 Now, I mentioned earlier that although Dennis is leaving us, and this is his last piece, I still had some good news.  Turns out, it’s actually two pieces of good news.

The first is that while this is Dennis’s last solo Tellest piece, he’s done a special collaboration—with his replacement.

Yep, Dennis was awesome enough to find another character artist that he enjoyed working with in the past, and we’ve had the baton change hands.  I’m looking very forward to introducing you to Wern Szuen Lee soon enough.  You likely won’t see their work on the Tellest website anytime soon, just because there are so many other things scheduled, but patrons and patreon visitors may see them sooner.  Keep an eye out!