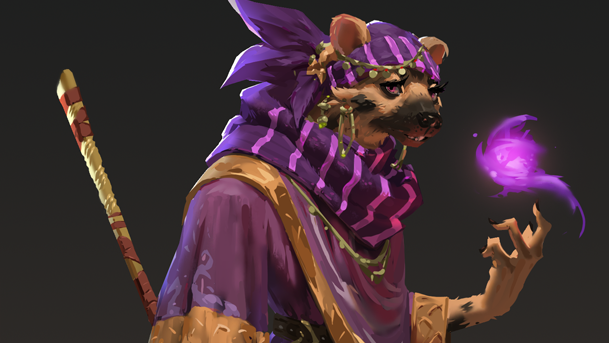 Howdy everyone!  Today’s post is going to show off the third sponsored character from our successful Kickstarter for Quantum Quest last year.  Addam Carothers is a crazy person who has been following us since we first brought Quantum Quest to Comic Con, and he’s been a great ally of us ever since.  He ended up going to bat for our Gnoll Soothsayer, Feneece Clawgaze.  Let’s see Hozure work his magic!

Feneece is a gnoll mage who manages to keep up the appearances of what you’d expect from a race like a hyena.  Whenever someone in her party is slain by the dungeons traps or spells or monsters, she can replenish health.

She seems pretty unimposing, but it’s that ability to drain the last remaining life force from her allies that makes her a survivor.

I love that witchy/gypsy look that Hozure and Sergei gave Feneece.  It’s not the kind of look your normally see, so it’s cool to have this out on the interwebs now. 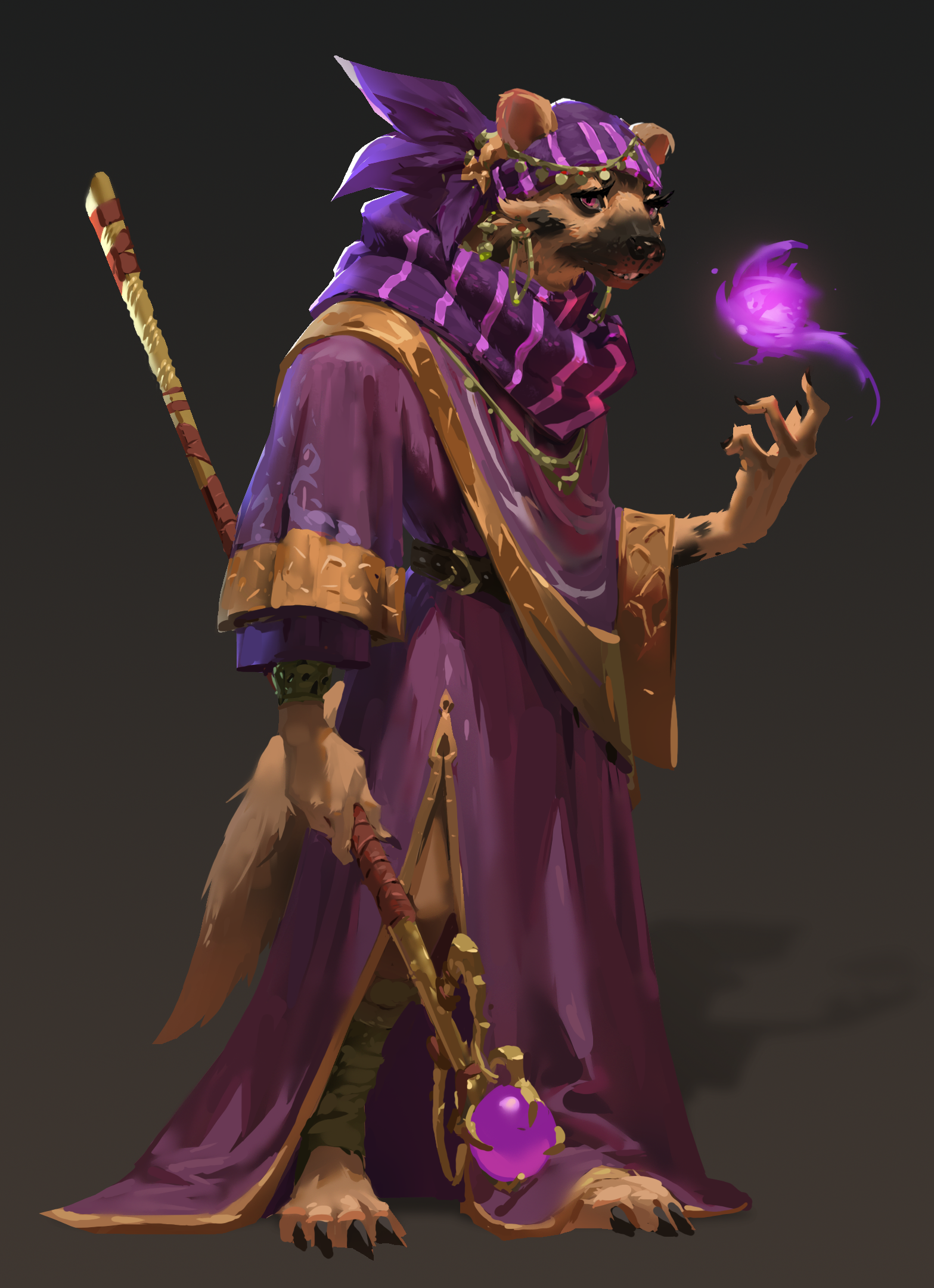 Here’s your final look at Feneece Clawgaze.  Once again, thank you to Addam for his sponsorship, and thank you to Hozure for bringing Sergei’s original design to life in a cool new way.