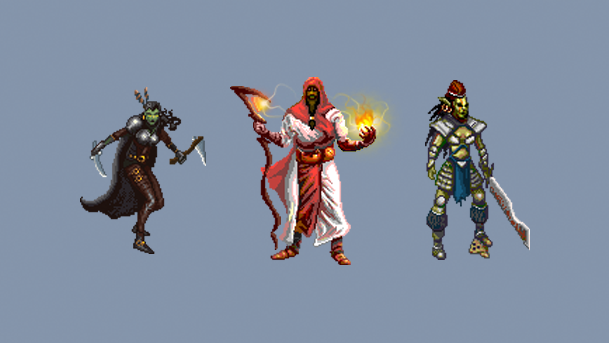 Greetings questers!  We’re into the final three sets of adventurers for our Quantum Quest expansion, and each of these three sets includes one of the characters from our new cover.  I’m very excited to see how everybody likes these characters.  We’re looking at the orcs today though.  In the original game, they were represented by a massive five characters, so we trimmed them down to just three for this set for the sake of balance.  Let’s dive right in.

Those are our three orcs.  They’re all deadly in their own ways, but are they strong enough to challenge the dangers of the living dungeon?  Let’s find out more about each of the adventurers to see what they’ve got going on. 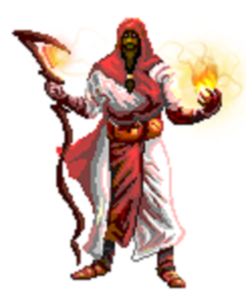 Bho’zak Brudag is a loner, of sorts.  He’s a desert-dwelling orc that’s learned the ways of magic, and can tap into the aether if he’s able to keep his concentration.  His studies have left him a bit frail, but he’s still a powerful geomancer who can utilize the chambers in the dungeon to great effect.

Kitha Krug is a soldier whose become well known among her people.  She’s an incredibly sturdy warrior, making her a great addition to any party that’s going through the gauntlet of traps and monsters in the dungeon. 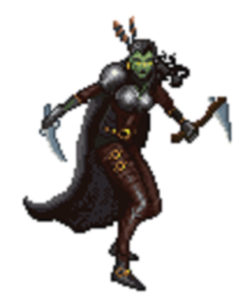 Durza Kharzan is an assassin from Felwain.  While Felwain is more of an honor-driven orc city, there are some shadowy sects there, and Durza has been a part of each of them from time to time.  Hopefully that stealth and skulduggery can help her make it through the dungeon alive. 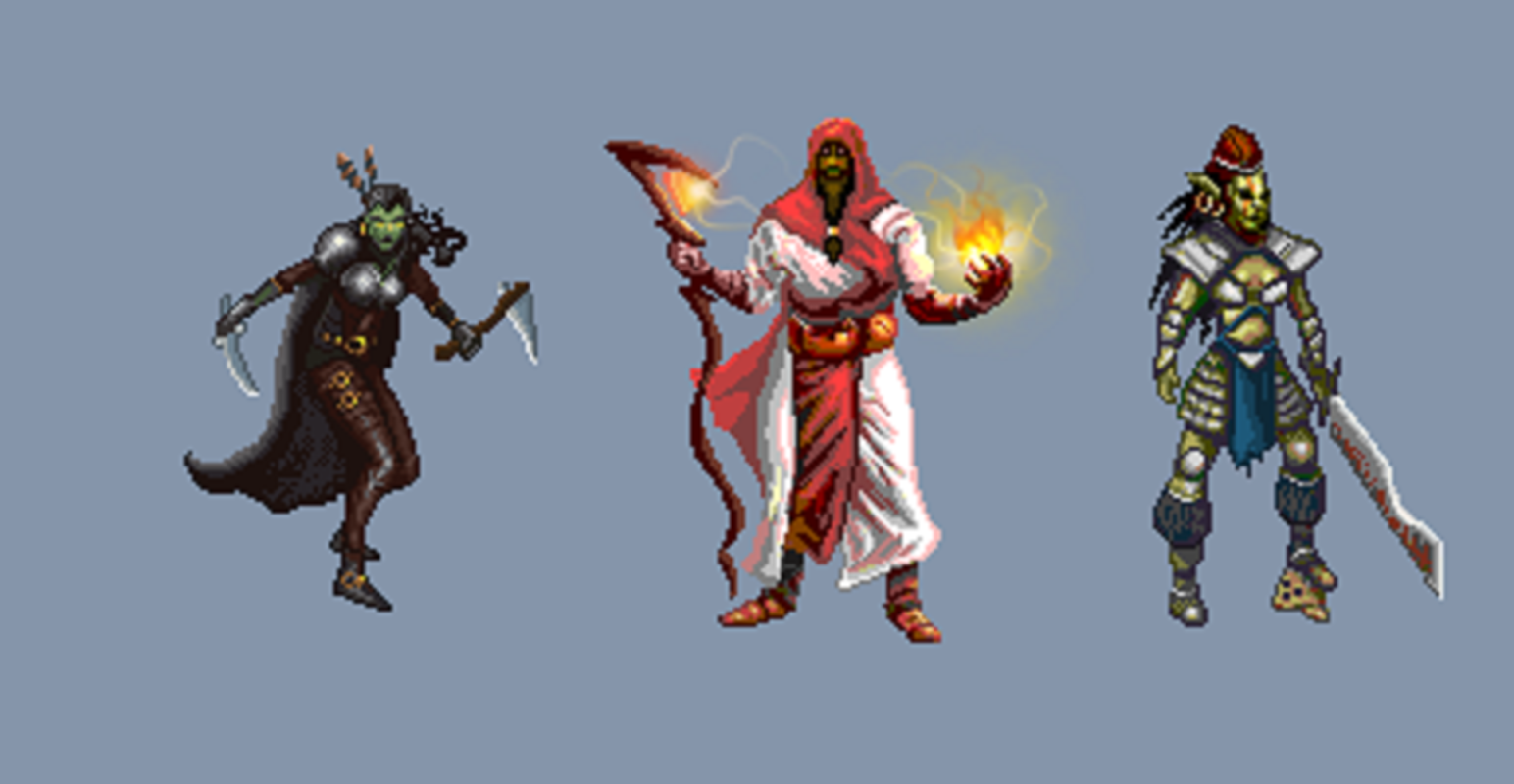 That wraps things up for our orcs today.  I forgot to mention earlier, but Bho’zak was the orc that ended up getting the cover treatment.  He’s going to be awesome on the banner when we get that printed up!

Stay tuned over the next couple weeks when we show off the rhinotaurs who will be venturing into the dungeon!