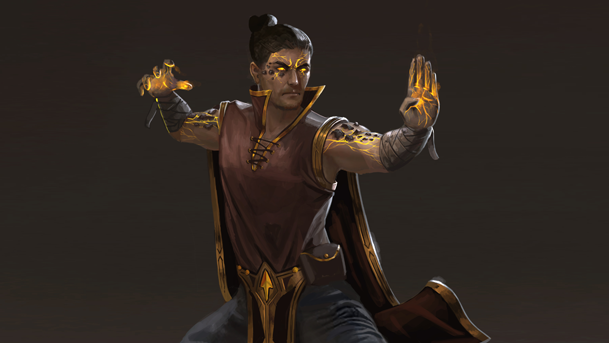 What’s going on party people?  We’re moving right along with our new feature—showing off our reimagined Tellest characters for a brand new age.  We already showed you Luca Kreegan and David Garus, two characters who have undergone some pretty sweeping changes.  Luca used to be a former soldier and was fairly aggressive, but ended up with a more scholarly feel.  He’s still competent in a fight, but he is more thoughtful about when he gets into them.  David, meanwhile, went from a gruff gladiator to a renowned and celebrated paladin.

Today, we’re showing you the third member of “the nine” who has undergone some pretty big changes.  You’ll remember that in the original Child of the Stars trilogy, Christopher Linus was an undead hunter.  In a way, he was kind of a paladin as well, and we didn’t want that overlap, so we took him in a different direction.

In a lot of ways, a monk is similar to a paladin.  Faith and spirituality steers both of their hands.  For Christopher, in this new timeline, a little nudge in a different direction sent him down a path of solitude.

He also doesn’t have the same power that he once did.  While the same could be said for the others we’ve shown, it’s hard to keep this a big secret, as you’ll soon see.  No longer able to manipulate objects with telekinesis, Christopher has a darker, sometimes stronger gift (or curse, depending on how you look at it). 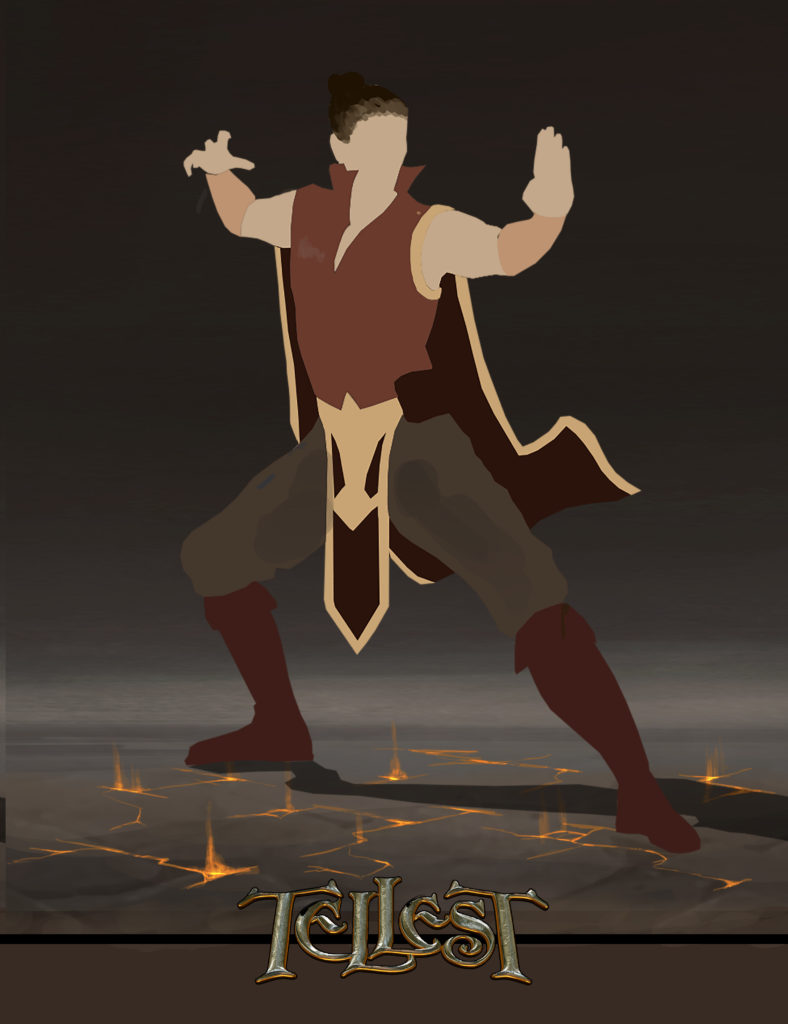 Part of the reason Christopher enjoyed his solitude was that it kept people from being around him.  His studies also helped to keep the blood from burning in his veins.  But when he is unable to control his rage, that power can run a bit out of control. 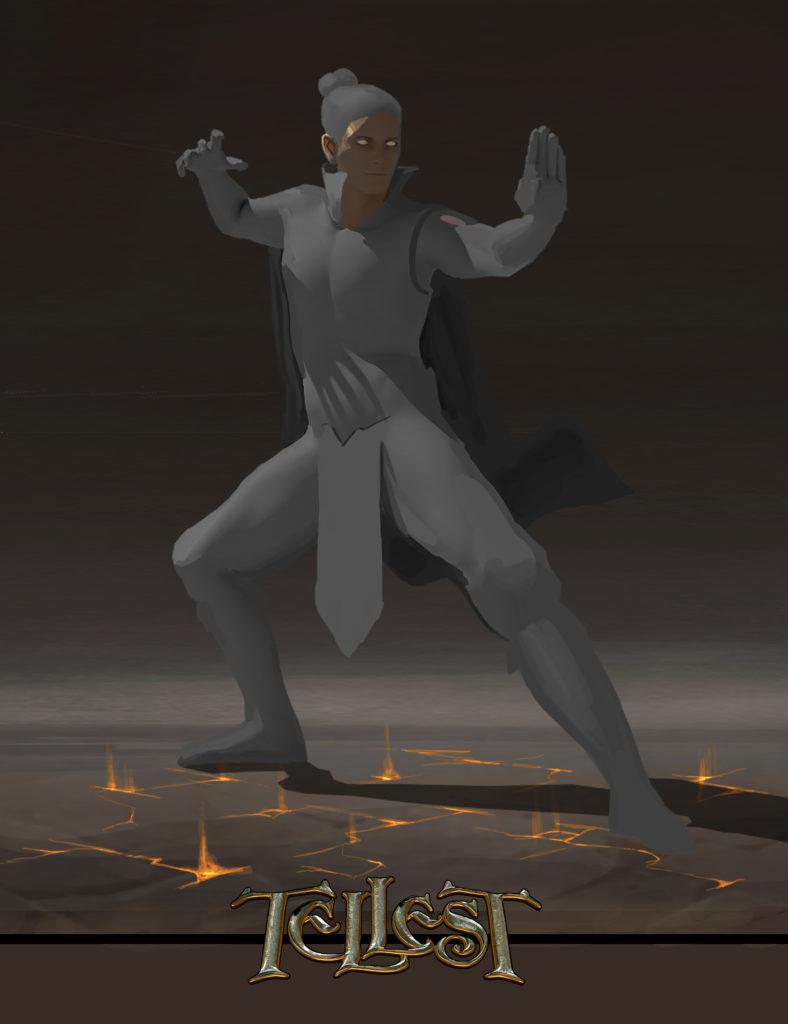 Of course, he can’t be alone forever.  Christopher was lucky in that he found companions he could rely on to keep him calm and hold their own in a fight, so he could use more reserved tactics to take down his enemies. 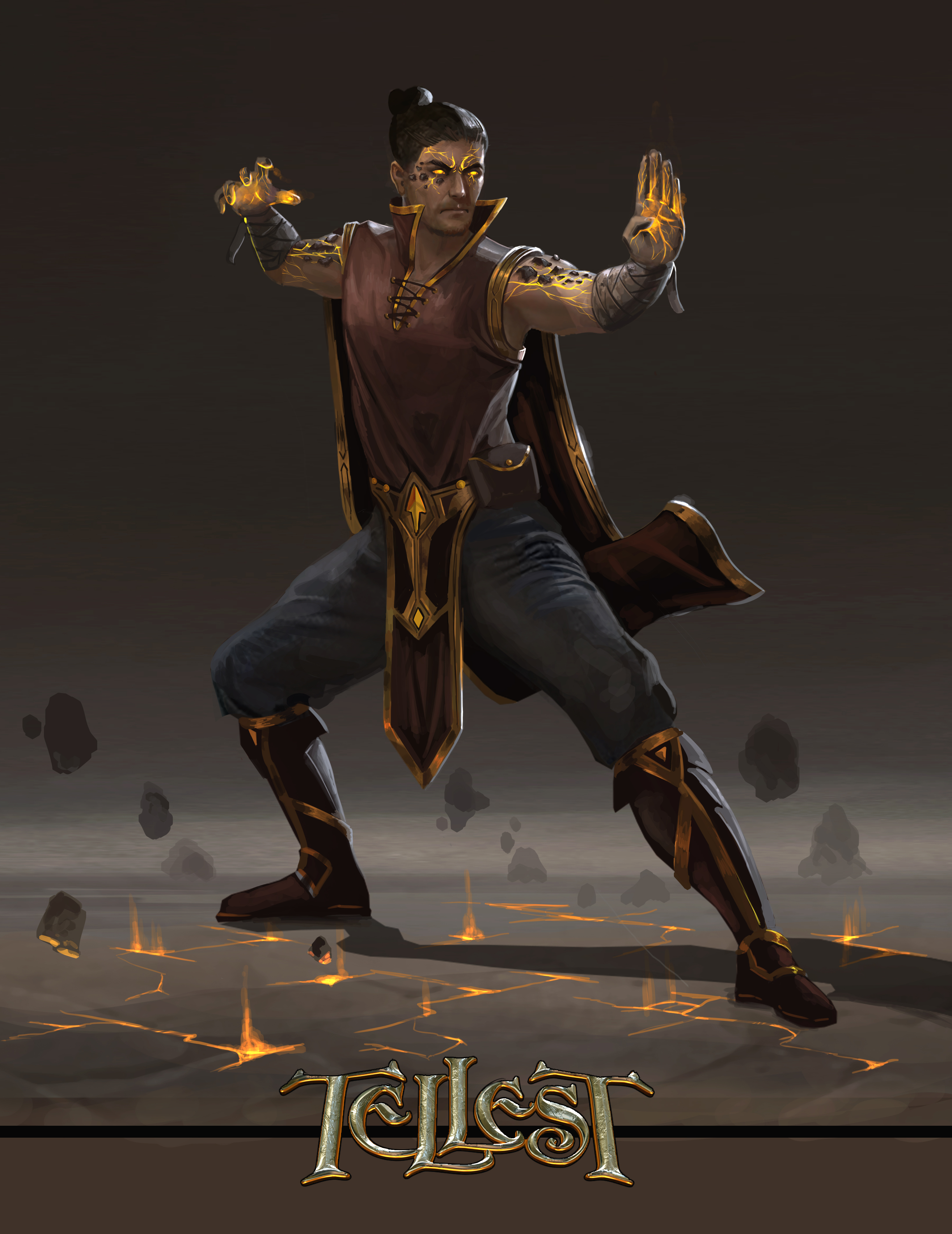 As you’ll see in this completed piece, though, sometimes the rage wins out.  Christopher thereby goes from a ranged warrior to someone who gets a little more “in your face”, leaving distance attacks to the mages and the ranger of the group.

We’re so excited about these latest looks at the characters, but we’re still nowhere near done.  Check back soon for a look at yet another character from the world of Tellest, reimagined for a strange new world!