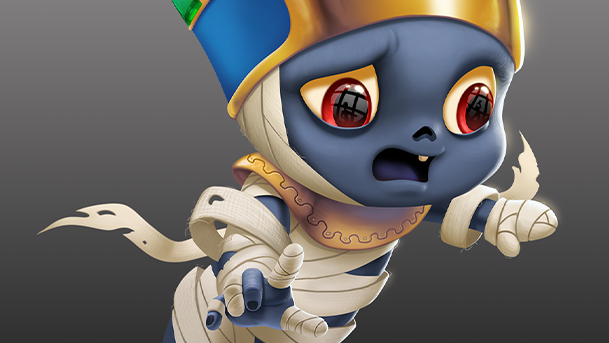 Greetings! It’s been a few weeks, so it is getting to be that time when we’re going to look at another Quantum Quest Merge Dungeon baby.  We’ve already seen babies from the slime and animal chambers, but now it’s time to look at arguably one of our cutest little guys from the undead chamber.  How do you make something undead cute?  Commission Cristiano Reina, of course! 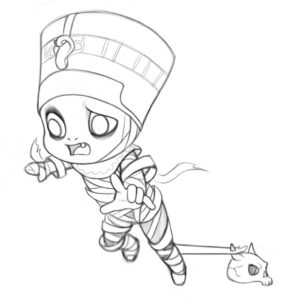 The baby mummy was another really easy process to work through.  Cristiano knew exactly what he was working toward, and it turned out spectacular from the very first sketch onward.  Even in the game the mummies are kind of cutesy, but Cristiano instilled so much character into this little guy that it’s hard not to think about using him in other projects.

Once a fresh coat of paint was in place, we could see just how much character was there.  From the textured look to the wrappings, to the beautiful headdress of this baby pharaoh, everything just pops.  The lineart puts things in place, but the color lets it shine. 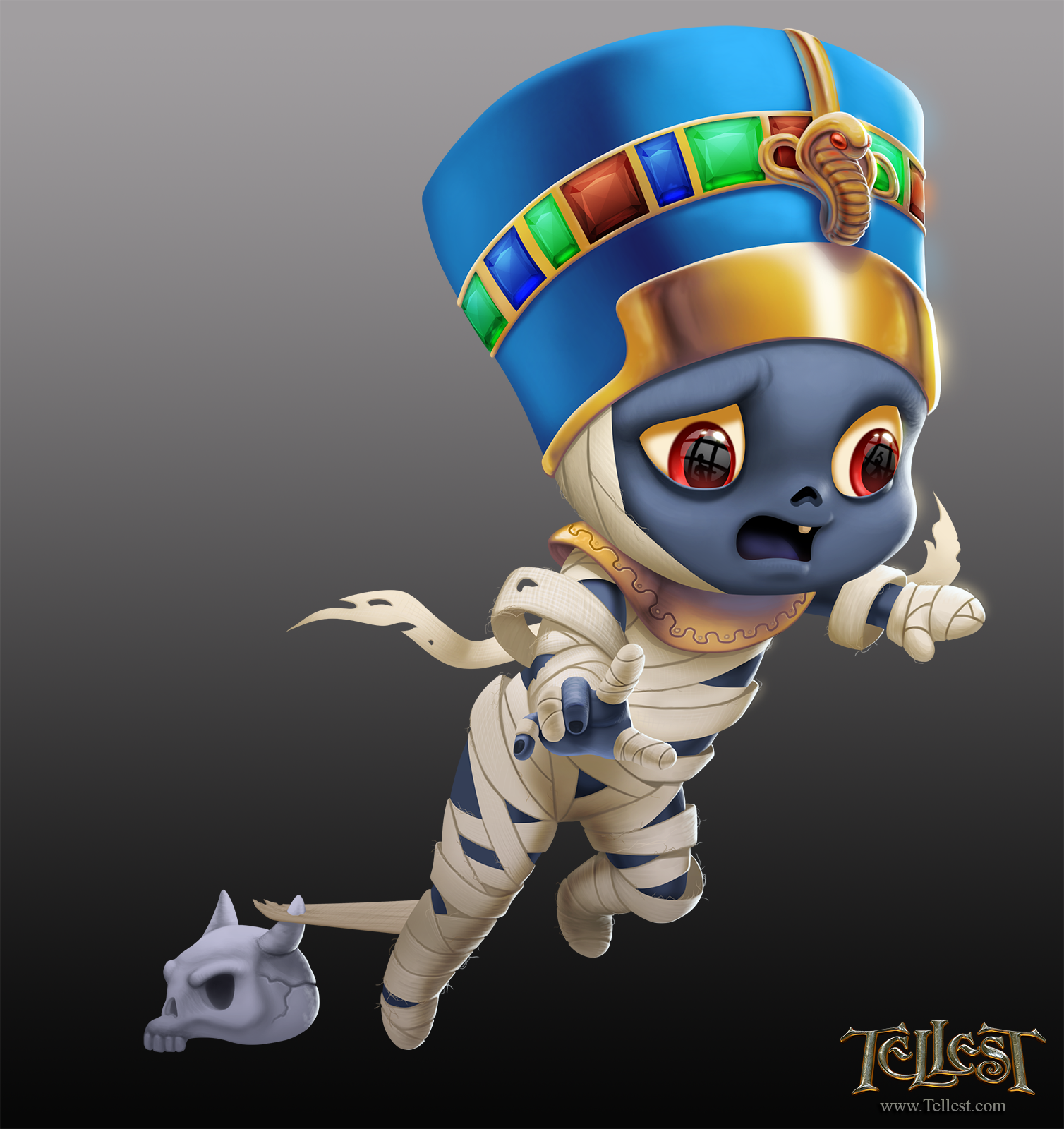 Cristiano made a few other changes even after we finished working on the mummy.  There’s a lot more fidelity to the character, and he can stand up with the rest of the characters we’ve shown off so far with ease.  The mummy definitely has a lot of personality, and we’re glad we got to collaborate on it.  We’ve got one more character in the quartet to show off, so we’ll see you in a few weeks for that!