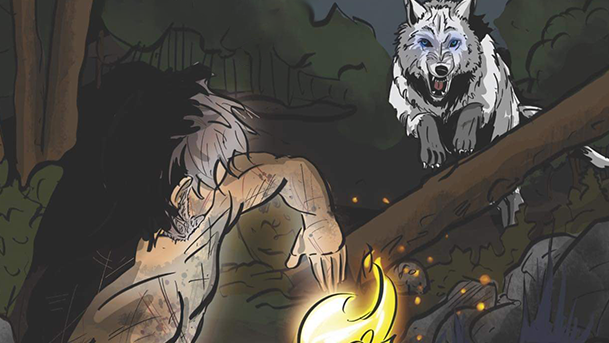 Hello traveler, and welcome to your first Otherworld stop of the week.  I’m sure it feels like you just opened your eyes, and are ready for whatever new adventure awaits.  It won’t be unlike what the protagonist of today’s story.  To dive deeper into that, we’ll have to find out what lies beyond, in Winvar: The Conversion.

Author Levi Dwyer unleashes his debut fantasy, Winvar: The Conversion, into the wild—and in his wild, that truly means something.  Filled to the brim with shapeshifters of all, well, shapes and sizes, the story delves into the thoughts and emotions of these majestic creatures.  Dwyer casts an empathetic lens on the denizens of this strange new world, considering the things that are important to them, and what drives them.  It should come to no surprise that readers who enjoy shifter fantasies will love the time spent with the characters in this tale. 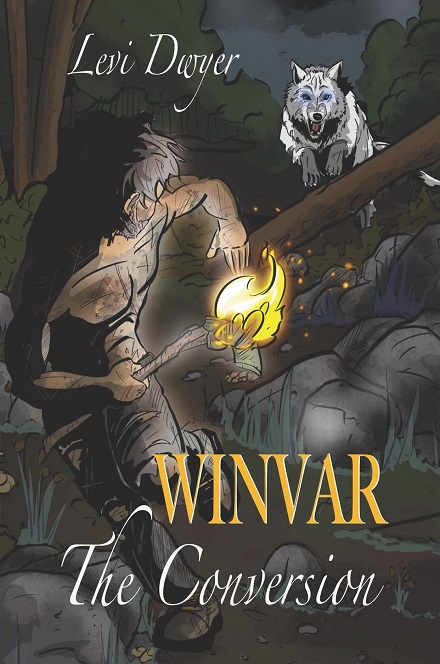 If you like fantasy/adventure books, then Winvar: The Conversion is the one for you. This book has all of the werebeasts—and I mean all of them. Yes there are werewolves, but there are also werebears and all the rest of the predators. There are also herbivore versions (half human, half rabbit for instance) and even insect versions too. This is not the same werewolf book you’ve read before.

Most days, Henry wakes up to the sound of his alarm, signaling another day of drudgery at a job he hates, in a life that has seemed meaningless ever since his divorce. So, when he instead wakes up to find himself standing in the middle of a strange, unearthly forest, you can imagine his surprise.

With no other options, Henry must adapt to survive in this fast-paced, unforgiving world where he must hunt to survive, navigate an impossibly large forest, and evade strange creatures that travel through shadows to pursue him. Another challenge awaits him, too: A telepathic wolf named Winvar appears in the forest and informs Henry that he is Zuhaut Fub, a being who is one half of a matched pair.

As his other half, Winvar and Henry are forever linked, and Henry discovers an ability to shapeshift into a hybrid, wolf-like form. Now these two unlikely allies must fight a path through the chaos of this beautiful new world to find their purpose and, perhaps, to restore peace to the realm.

Dwyer neatly bundles other great elements into his debut as well.  It is mysterious and moody where it needs to be, but the author doesn’t skimp on character development, humor, or wonderful action sequences.  For those that want more to their stories, they need not fret.  Dwyer leaves the tale wide open for a sequel, and changes the dynamic in some very interesting ways.  Fans of shifter fantasies, you’re in for a treat.  Check out Winvar: The Conversion on Amazon today!

One thought on “Dark Fantasy Promo – Winvar: The Conversion”