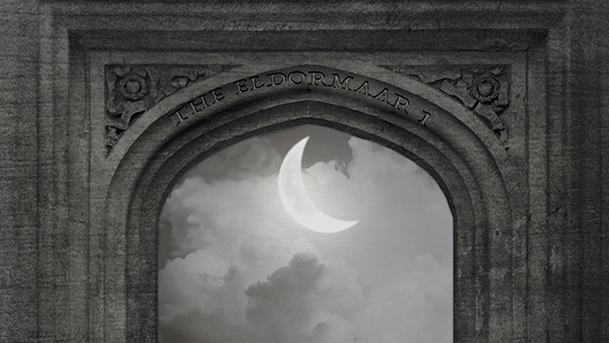 Greetings yet again, Otherworld travelers.  I have a special treat for you today.  We visit not just one new world, but many.  September 13th just might end up being called portal fantasy Monday, because we’re looking at another interesting story that turns the concept on its head in some compelling ways.  But to learn more, we have to pull back the veil, and look deeper into The Sea of Lucidity.

Within a few paragraphs of reading The Sea of Lucidity, Book 1 of The Eldormaar, you suspect that things are not all that they seem.  After a few pages, you know for sure.  Author David Mackay twists and bends his debut portal fantasy into perfect shape, unleashing strange mysteries and fulfilling revelations.  The Sea of Lucidity stuns with its story, but is driven forward on the backs of captivating characters who readers will want to grow closer to as they explore their own philosophical journeys, and contemplate the very nature of their existence. 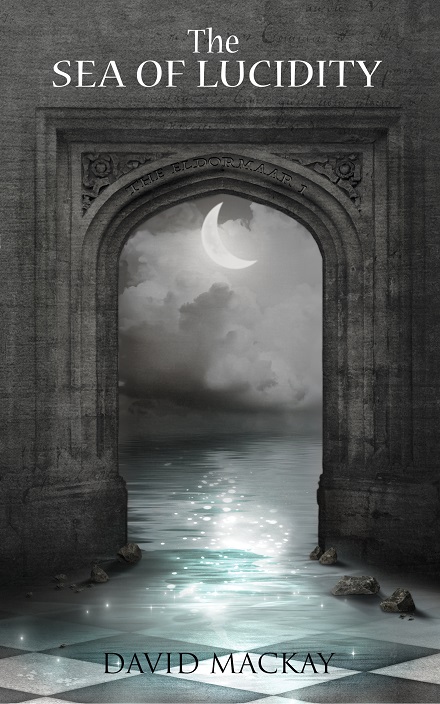 Unaware of the hooded riders approaching his settlement, Morusk begins to suspect that things may not be all they seem.

In the land of Enntonia, the Scribe of Bog-Mire Towers fears the return of a dark menace he had hoped would stay forever banished.

And in the sparkling city of Craton, Procrastinator Vardoger is presented with a troublesome dilemma; a quandary that could change everything.

Stranded in unfamiliar surroundings where the concept of time appears to hold no relevance, Taro Brook reluctantly accepts help from Sanna Vrai, a woman whose ability to navigate between worlds appears beyond question, and Messenger Two Cups, a chattering individual with an insatiable tea addiction.

As events unfold, and the enormity of his situation becomes ever more apparent, Taro Brook comes to accept that there may be more to the Messenger and his bizarre claims than he was first willing to concede and, in his pursuit of a return to normality, he is faced with a chilling prospect…

Things may never be the same again.

A book that explores many worlds, The Sea of Lucidity is proof of a storyteller’s passion and devotion to the grand tapestry he fashions.  Mackay covers a lot of ground in the first book, but every chapter feels brisk and rewarding, urging readers to continue along and unlock whatever new doors await before them.  Though it is an epic undertaking, it might be tackled in a single sitting, as it proves to be difficult to put down.  One can only hope that a sequel is not far from release, as the reveals leave much to be further explored.  Check out The Sea of Lucidity: Book 1 of The Eldormaar on Amazon today!

One thought on “Fantasy Promo – The Sea of Lucidity: Book 1 of The Eldormaar”