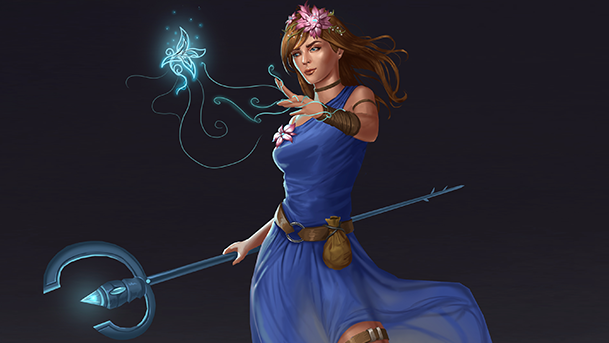 Hey there folks!  It’s time to look at another one of our awesome Dennis Van Kessel art pieces.  This is our penultimate Dennis piece, as after this and one more from the artist, we ended up transitioning his duties to another talented individual while Dennis moved to do work for a studio.  If you look below, you’ll see more on Dennis’s take on Adelia Kreegan.

As you can see, we started off with a few pose trials for Adelia.  I love getting a few options for poses, because it helps me to imagine the character in more ways than one.  On the other hand, sometimes the choice is difficult, and I don’t answer as quick as I’d like to while I’m mulling over the options.

Case in point, Dennis ended up moving to the next step in his creation, lighting and shading.  In this case, he just decided to do it for all the versions of the pose.  We ultimately ended up going with the third option, on the right, as it seemed the most dynamic. 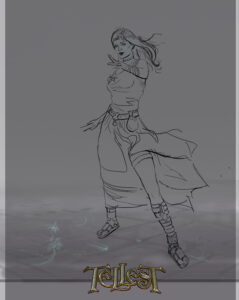 Here, you can see that Dennis put a little more emphasis into the character in line work.  We wanted a general shape and structure for the character, and this was Dennis’s way of achieving that.  You can see that we aged Adelia up somewhat here.  A lot of the character work that Dennis put into these pieces is a little bit further on down the timeline, and while Adelia’s solo books take place when she’s around 16-17, this shows her as more along the lines of her mid 20’s. 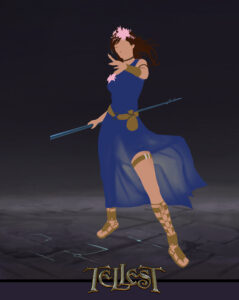 After putting together the line art, Dennis figured out what colors he wanted where, and you can also see the background he placed our aspiring sorceress on.  This step is always so important, but it always feels understated.  But wait till you see the final piece. 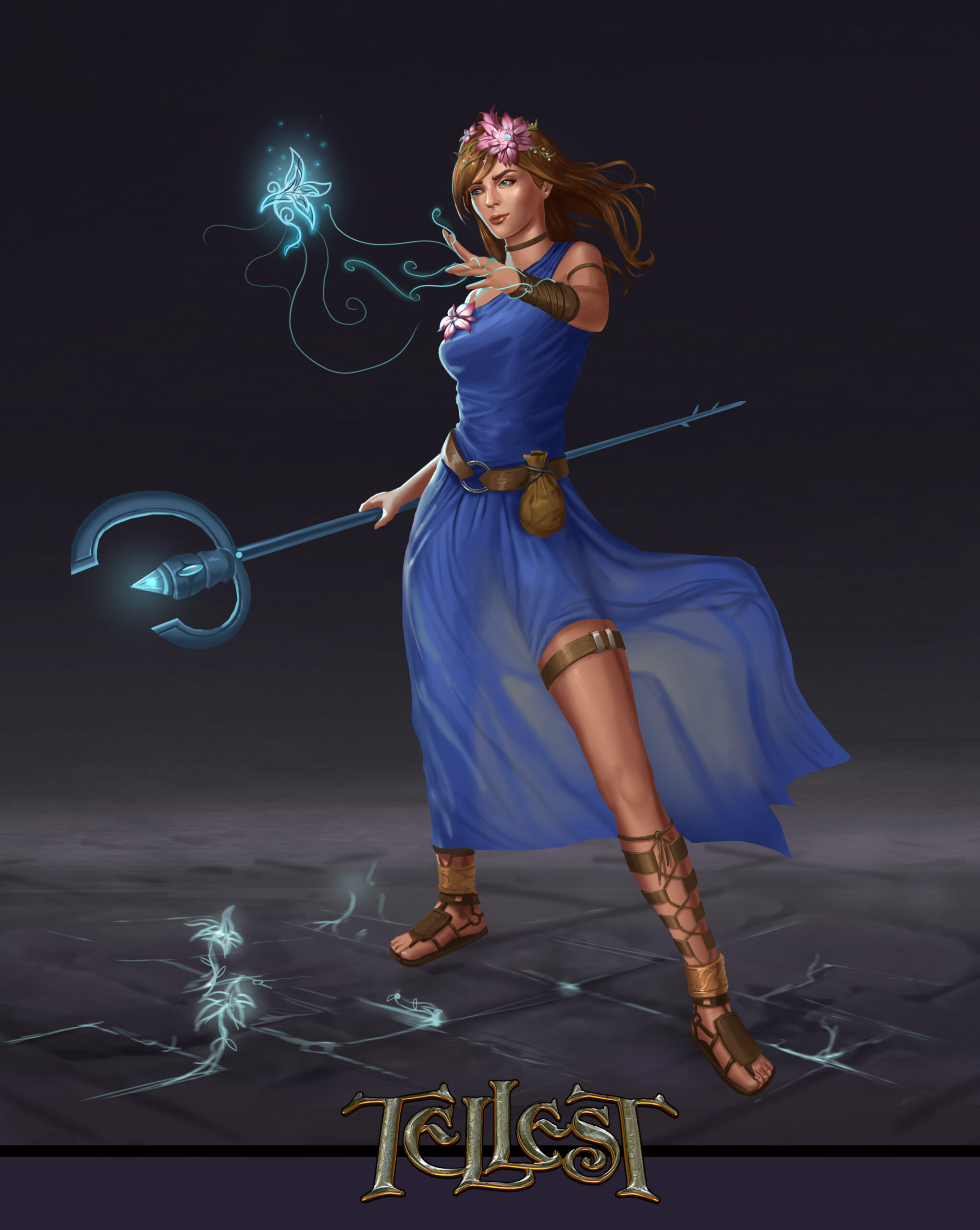 Here we have Adelia with all her bells and whistles.  Her staff is complete, and you can see she’s still playing a little whimsically with her magic.  Especially notable is that some of the magic seems to be coming right out from beneath her.  Adelia may be kindhearted and good by nature, but she’s also one of the more powerful characters that we play with in Tellest, even though we’ve barely scratched the surface of what she’s capable of.  In any case, Dennis did a spectacular job, and we’re excited to show off his final solo work in just a few weeks.  Stay tuned!