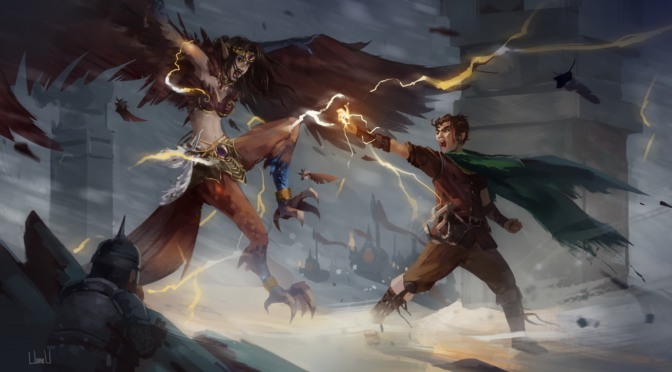 Hey there folks.  We’ve got some cool new art to throw your way. Our collaboration with Horace, AKA Skence, AKA Hozure has grown to include more than just characters.  Today, we’re showing that off firsthand with the first of three scenes we commissioned from him.

Each of these pieces of art is a “VS” scene.  We decided to start with Bolt, the hero of Son of the Storm and the upcoming Lord of Thunder. His first big challenge was against the beautiful yet vicious harpy arcanist Keilana.  What we decided to capture here was the feel of that encounter, but with a kind of quantum twist.  What we’re about to show you didn’t happen in the canon of the books, but it very well could have. 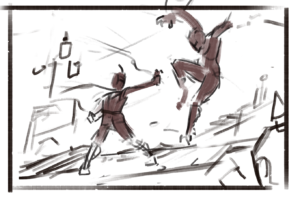 Horace started us off with a test, so that we could see what the battle could have ended up looking like. 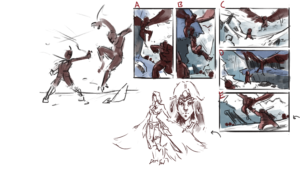 From there, we had almost a storyboard situation, where he gave us a couple different options for the way the scene could have progressed. 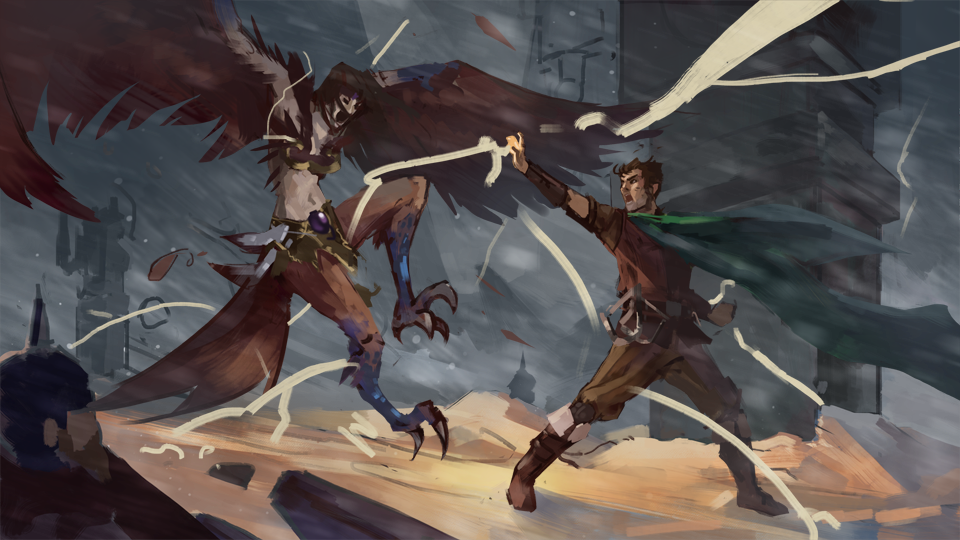 What we ultimately decided was to use basically the test version that he came up with, and expand upon that from there. 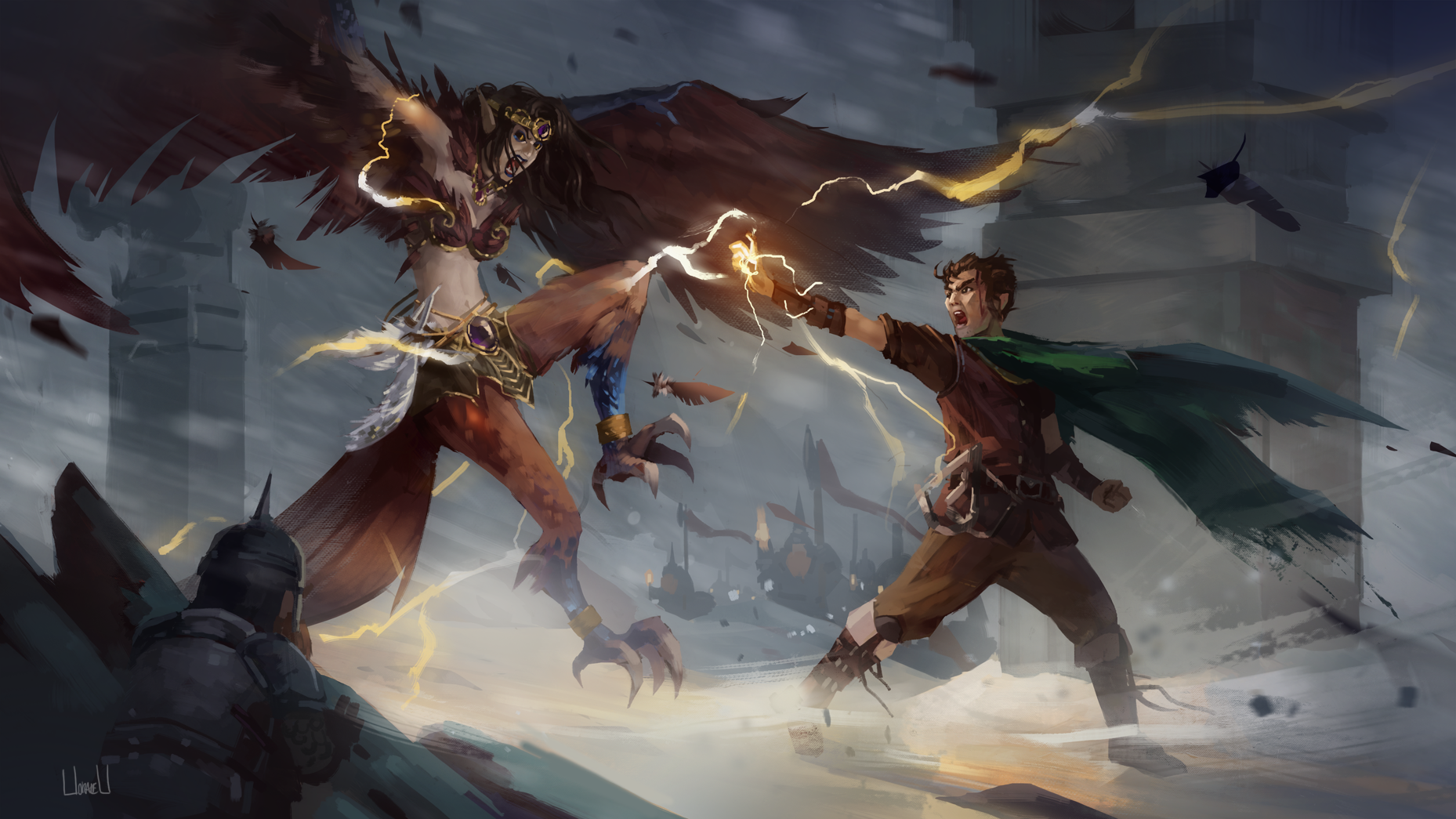 In the full version, with feathers flying around and dwarves in the background, the scene truly does look as chaotic as the encounter in the mountains were.  Bolt and Keilana meet here a little more on even ground, but it’s gorgeous nonetheless.

Stay tuned for more from this series in the next couple of months!