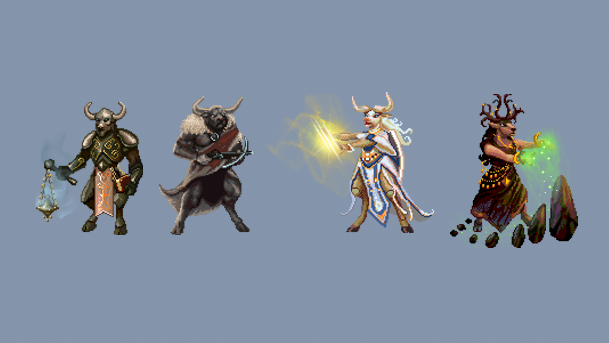 Hello there, brave heroes.  It’s been a couple weeks, so that means it’s time to see what new adventurers will join you in the dungeon for Quantum Quest’s first expansion.  We’ve already gone through a whole slew of others that will venture into the dark and dangerous chambers.  Today, it’s time to see which minotaurs are joining the crew.

This group of minotaurs, a thief, a mage, and two clerics, are a sturdy bunch, making up for the fact that there are no warriors in the group.  Let’s find out a little bit more about them: 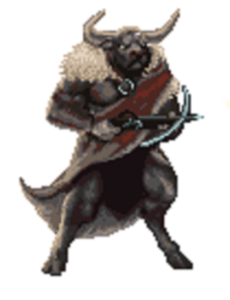 Londi Talbion is known as the Ghost of Asteria because of his white fur and light grey outfit.  He’s good at getting in and out of places without being spotted, but even if he was, he’s ridiculously tough, especially for a thief. 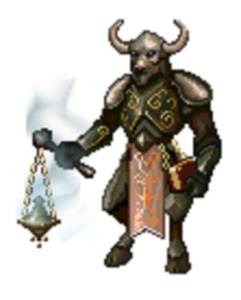 Goruk Sharo is from New Minoa.  He’s a healer that believes in the power of prayer, recalling what happened to the island of Minoa and the tragedies that befell it, but knowing that his people yet survived.  That faith fuels him, and should help him to keep his allies alive in the dungeon. 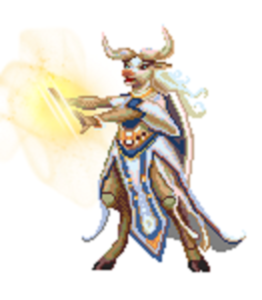 Fresa Cazena is another cleric, but she’s ready to be a martyr should she be required to.  Anything that gives her party control of more chambers is worth her life, as far as she’s concerned.  Still, she’s got a good sense of humor, all things considered. 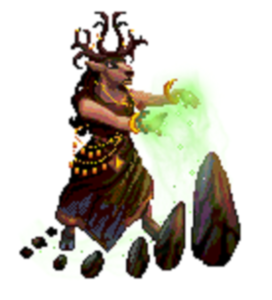 Finally, we’ve got Norala Ingus.  She’s a geomancer from Saveon who seems pretty tame at first glance, but she doesn’t let anyone get in her way, or try to undermine her.  She’s unrivaled among her peers, which should come in handy in the dungeon.

That’s it for our minotaurs.  They’re each tough and ready to give it their all as they venture into the living dungeon.  If you play your cards right (pun sort of intended), some of them might just make it out alive.

Next time around, we’re actually down to the final three.  The orcs are on deck, and we’ve got a pretty cool trio, including one of the ones that’s on the cover of the Blue Box banner.  Stay tuned!