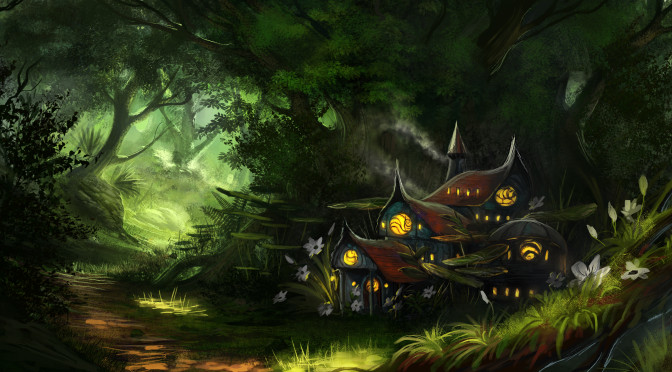 I’d like to preface this post by saying that there is a bit of a spoiler here, if you haven’t read The Enemy Within.  It’s a very modest spoiler though, so you won’t be too agitated by its reveal.

We return to Dena Helmi after a month to see her newest endeavor, this time with Wispus’ Woods.

In The Bindings of Fate, Christopher and Steel Tip found their way to the mayor of Westwick’s mansion, which was secluded deep in the Spirit Woods.  They managed to break in and steal away one of Wispus’ artifacts, and used it to secure information (and long lasting companionship) from Holklund.

In Dena’s interpretation, we see an almost Alice in Wonderland-esque view of the mansion, which I really dig: 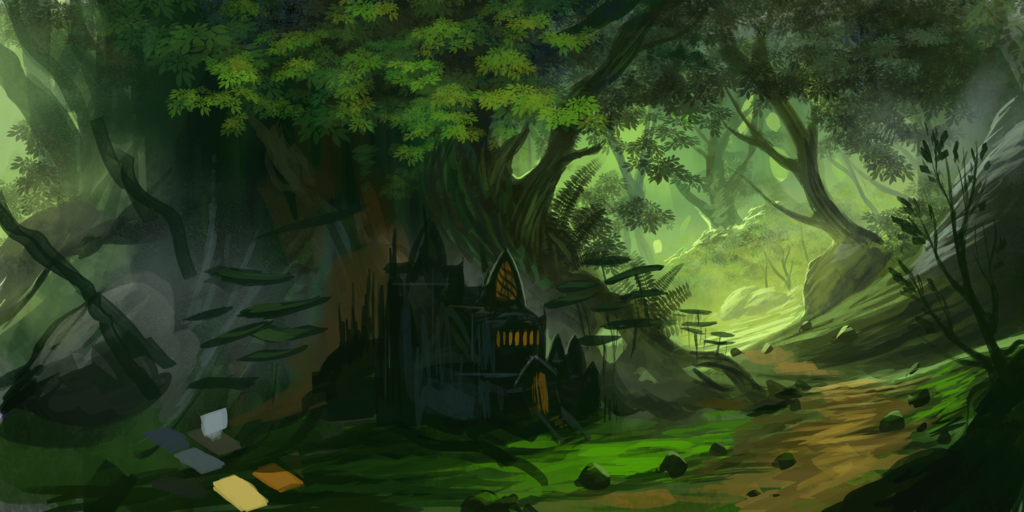 You can see that the place around the mansion looks incredibly lush, especially as the sketch went into its next phase. 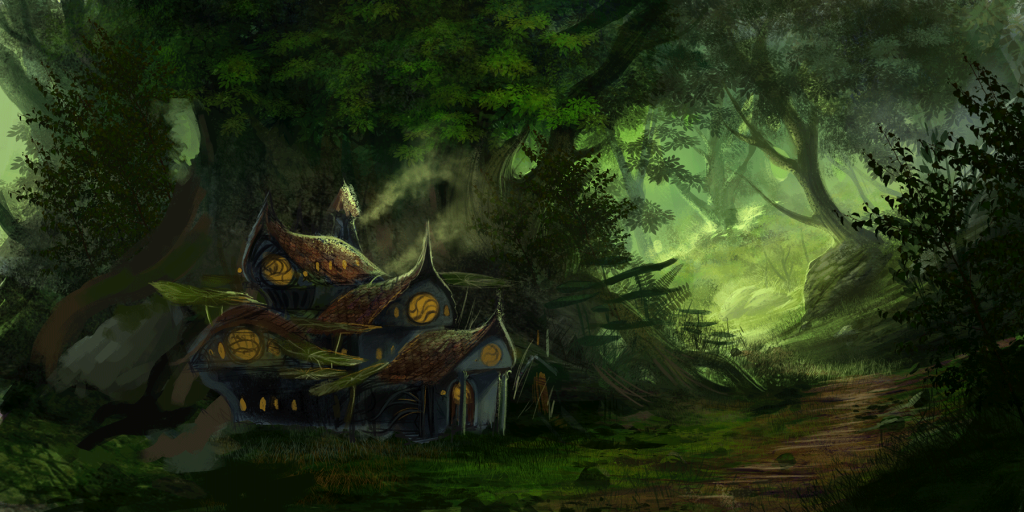 A much more whimsical take.

When the piece was finished, you see just how tremendous that tree is in back of the mansion. 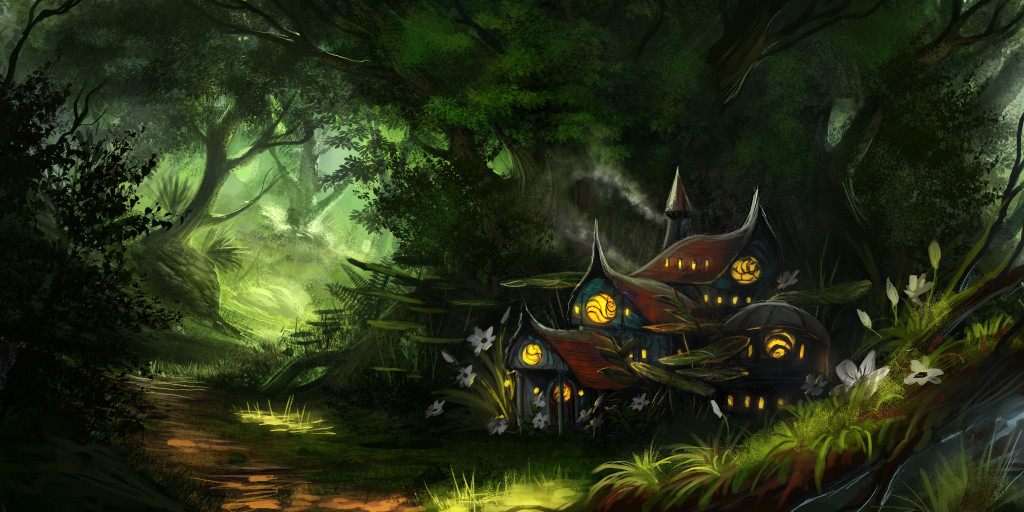 The mansion itself looks a little small in comparison, don’t you think?