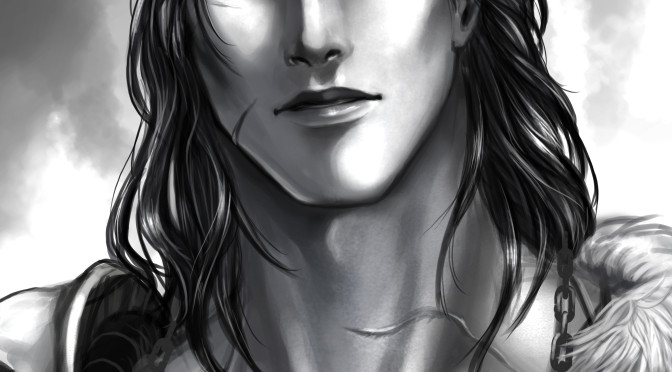 We return today with another look at one of the characters through RedPear’s eyes.  While we’ve had Adelia immortalized on her very own cover, we recently had an opportunity to see an older Adelia courtesy of this new artist.

She did very well, and I’m happy to say that we brought her back for several more projects, and anticipate using her on many occasions to come.

One of the things that we had a chance to do with RedPear was get an interpretation of some of the villains of Tellest.  While she’s done her work on Adelia, she also did some magic with Schirner, our piece for today.  Check it out: 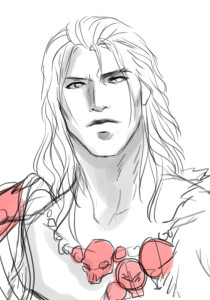 He’s a lot more handsome than you’d think for a bloodlusting warlord.

As you can see, we developed him to kind of stand on his own, as if you could see him as a hero if you didn’t know the story behind him. Who truly sees themselves as a villain?

She did an awesome job finishing this sketch into a final form, too. 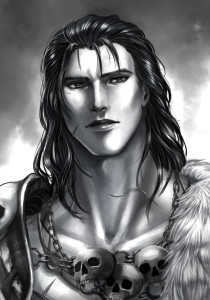 “You can pillage my village any day.”

And, just as she did with Adelia, RedPear gave us a little bit of color for Schirner to finish him out. 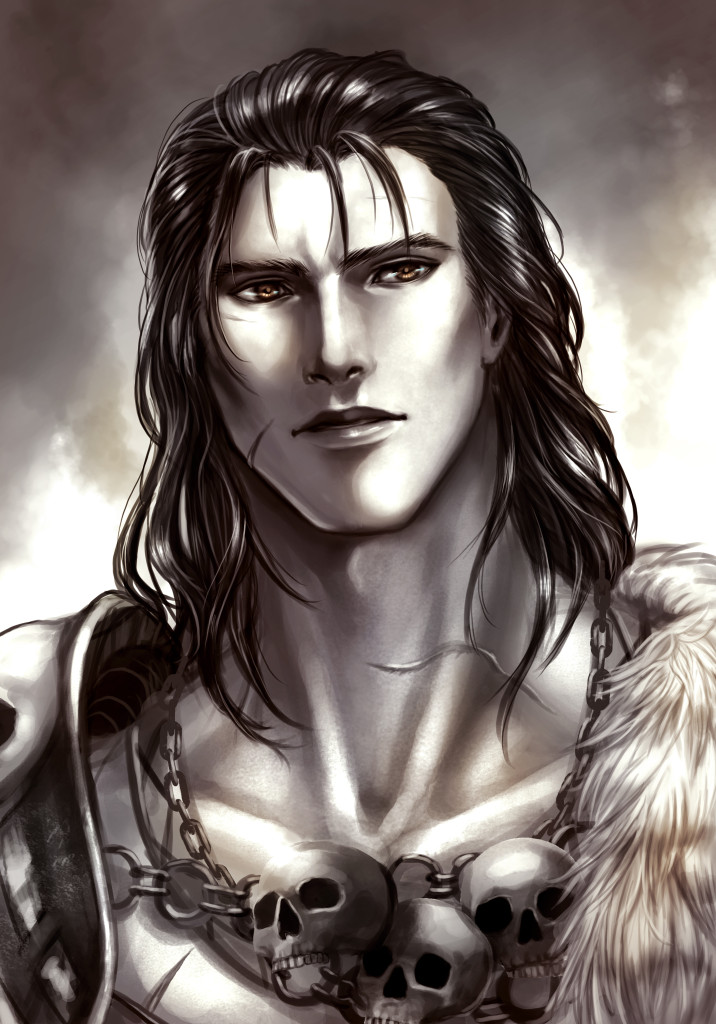 Still wouldn’t want to mess with this guy though.