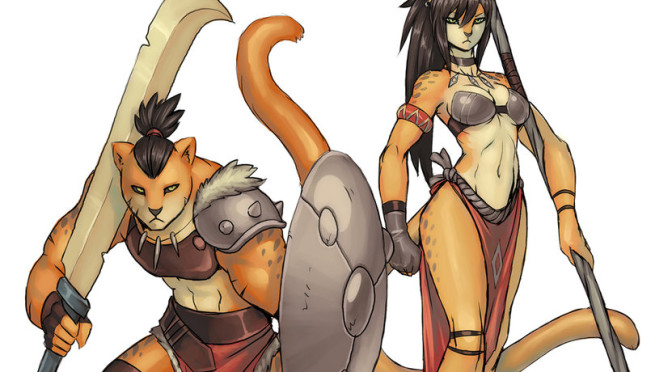 Good morning!  While Paul started us off on our concept art for the races of Tellest, his busy schedule means that sometimes, we have to reach out to other artists for their interpretations.  In today’s case, we’re proud to introduce our new collaboration with Luigiix, another artist that we discovered on Deviantart and featured on this site.

When tasked with a race to tackle, our skilled artist chose the kaja. This is party due to the fantastic foundation that was set by Paul, but Luigiix definitely put his own spin on things.

We started off, as always, with a subtle sketch.

From there, we had a good basis of what the characters were going to look like.  What’s more, we made a bargain where we would have the opportunity to see both males and females of the race.

After the initial set up, we took looks at the individuals.  To start, we began work on the male kaja.

You can see that we made him equal parts gladiator and tribal, which translates really well to art.  It’s definitely a different style compared to Paul’s prior work on the race, but it’s still got its own great character.

After that, Luigiix finished the male with some nice coloring. 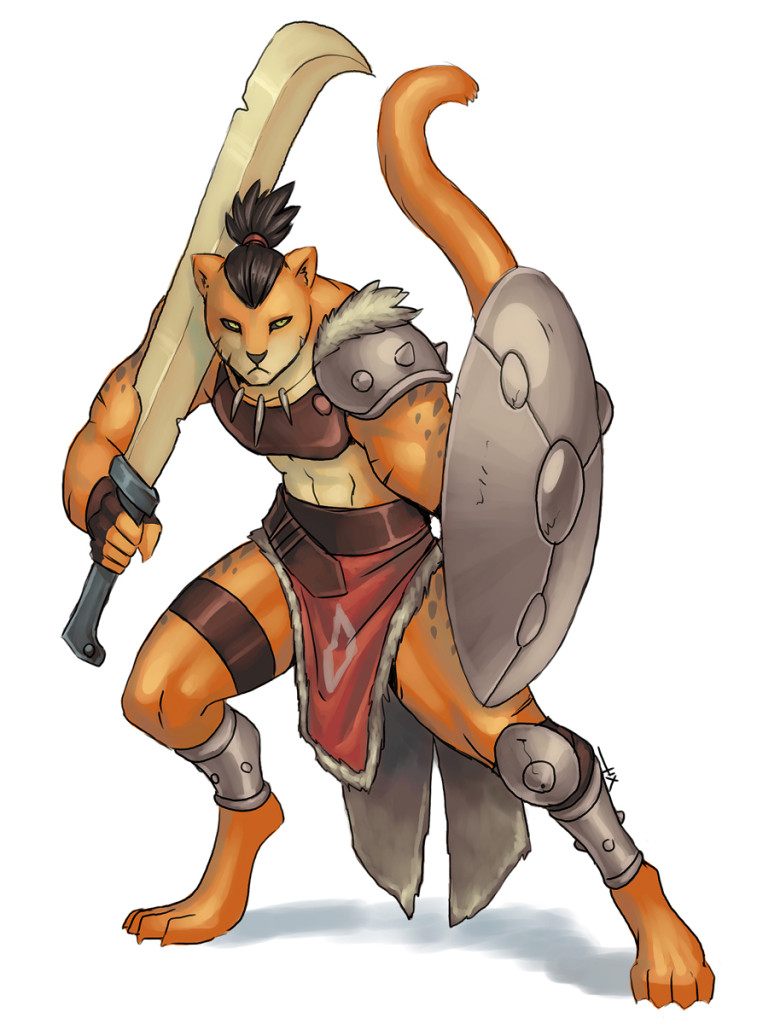 He definitely had some huge shoes to fill – Paul’s work on Kaiyonani was no joke.  But I think the work that he did on the female kaja shows that even though Paul did such a fantastic job, there’s room for everyone to put their best into these concepts. 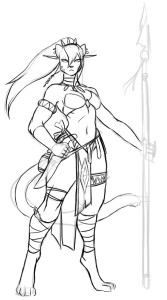 This iteration of the kaja definitely had a similar look to the proposed concepts, but things changed a little as time went on. 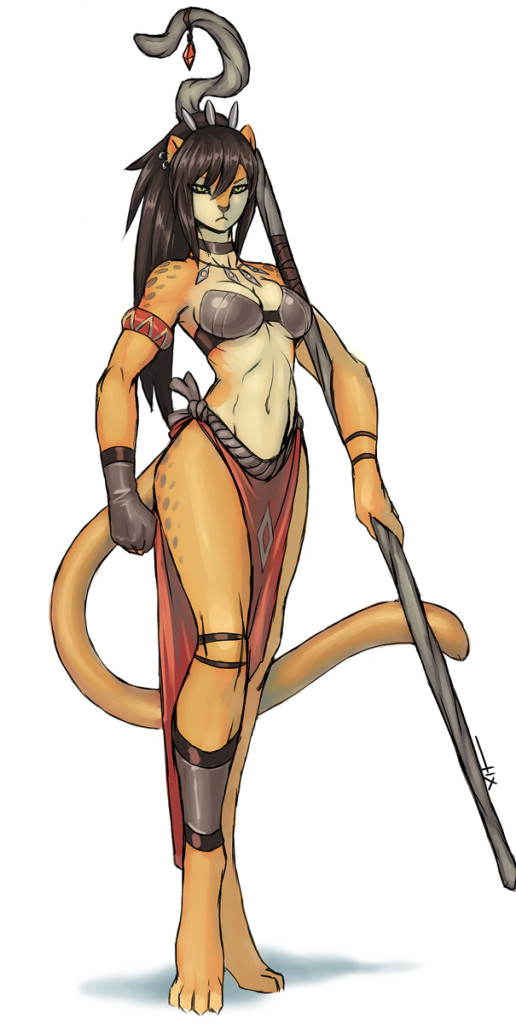 Our concept piece here definitely had a more regal, composed look to it.  I can just about believe that this could be another interpretation of Kaiyonani.  Luigiix did a great job.

And then he put the two together, for good measure.

We’re looking forward to much more from Luigiix in the future.  If his work on the kaja are a sign of what’s to come, we’re heading toward something great!