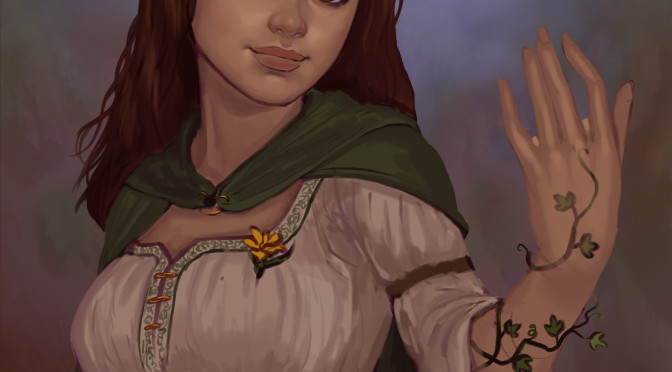 A few months back, we were given the awesome opportunity to expand the world of Tellest by inviting Aaron Canton to create a new character and a new experience.  While he had already done a small piece for us in Practical Warrior, it was A Most Unusual Patriot that had us absolutely hooked.  And the biggest reason for that was his amazing character, Jadie Rivers.

We had a chance to do something cool with Aaron’s character recently—something we haven’t done with any of the other non-Michael DeAngelo storytellers.  We worked with June Jenssen again to bring Jadie to life, and she did, in a big way.

As we’re ought to do, we started with a sketch of the character.  I love seeing these pieces come together, and Jadie was already very lively even in this form. 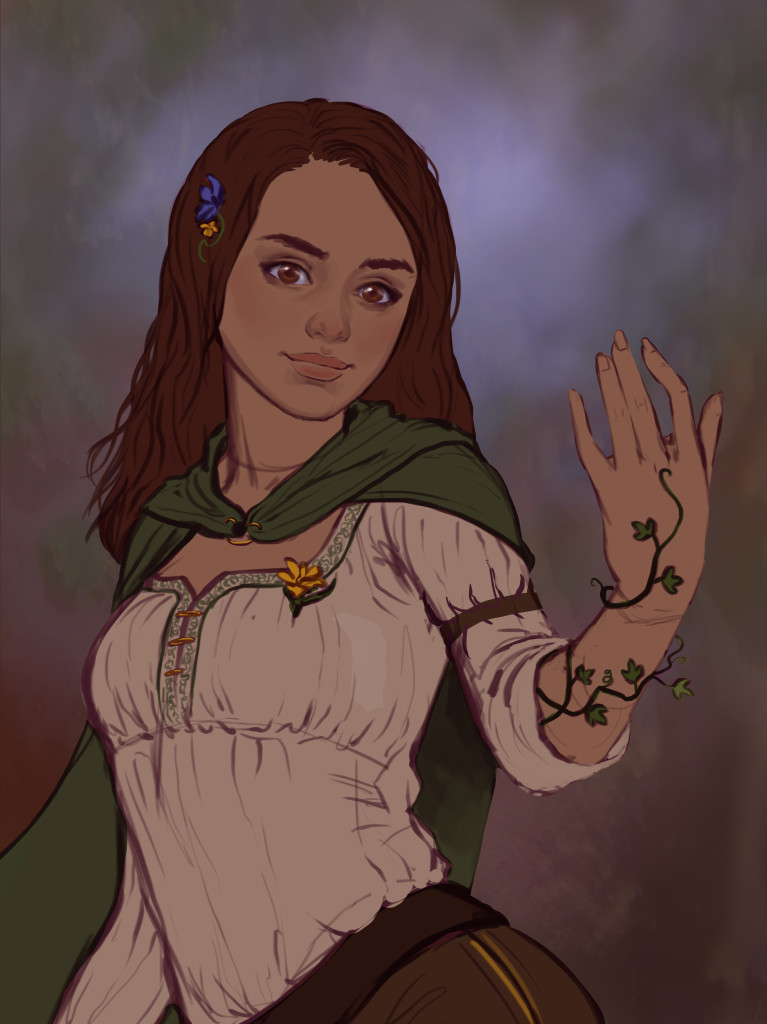 After that first phase, a little color went a long way.  We knew that we wanted Jadie to be a bit on the younger side.  She’s got an innocence that the harsh world of Tellest hasn’t really stolen away yet, though she knows that there are some inevitable truths to it.

Here, we can see the flowers on her bodice and in her hair, and the vines that are creeping out from her sleeve.  Jadie is able to coerce plants to do her bidding—more a plea than a demand.

As we worked our way toward the final piece, you could start to see the character brightened and more detailed.  June took careful time to make sure that we ended up with exactly what we wanted, and even these first few steps made us sure we were going to be fine.

Stay tuned for the second of the two parts in the weeks to come!