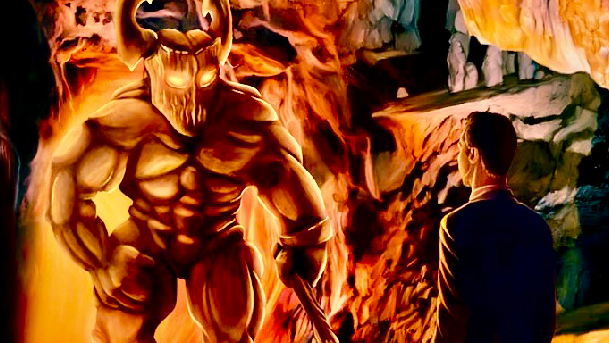 Greetings travelers, and welcome to our second stop in the Otherworld of this week.  While we scoped out a sort of post-apocalyptic story in yesterday’s post, we’re taking a bit of a step back today as we look at a first-in-series book that shows a different apocalypse about to unravel.  Read on to learn more about Doomsday.

R.L. Gemmill has unleashed six of his “near future” young adult sci-fi horror stories in the Doomsday series, but it all starts with the first book of the same name (which was once called The Demon Conspiracy).  But while Doomsday is very much a horror, in that it includes demons and can be a bit scary or eerie at times, there’s some lightness and quirkiness in this first book in the series.  That’s achieved in a few ways, but most notably by the interesting demons, and the gaslighting that occurs for the poor children main characters.  Gemmill certainly captures the essence of being in your youth and sort of being dismissed because your ideas are seen as nothing but fairytales. 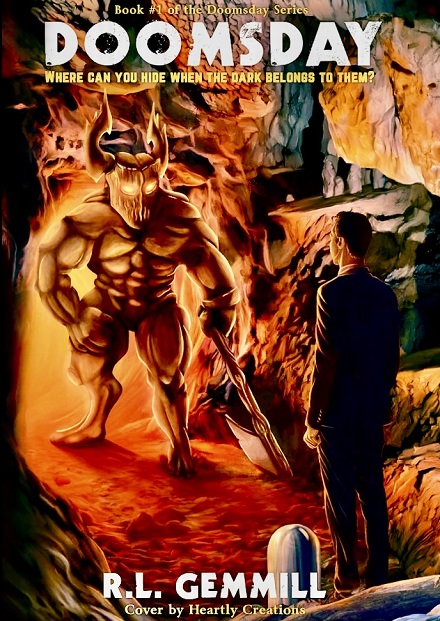 ORPHANED. HUNTED. ON THE MENU.

After seven years apart, Jon, Kelly, and Travis Bishop move in together with a foster family, and it seems their lives may finally be normal again. But while exploring little known Pandora’s Cave, a freak earthquake traps them deep underground. In the cave they witness an alliance between a mysterious businessman and a group of terrifying demons that promises to plunge our world into darkness and death.

The good news? The kids have video proof of the entire event. The bad news? The video may still be in the demon-infested cave, and nobody believes their story.

While Doomsday is certainly contemporary, and fits in a the sci-fi and horror buckets, it also feels very much like an urban fantasy.  It’s perhaps telling that Gemmill shares those first initials with Stine, because Doomsday has a playful sort of base that it embraces in order to feel as though its filled with magic and mystery.  The author sets a lot of things in motion in this first book, and that lures readers into the rest of the series in very satisfying ways.  Don’t delay.  Check out Doomsday (The Doomsday Series Book 1) for free on R.L. Gemmill’s website!