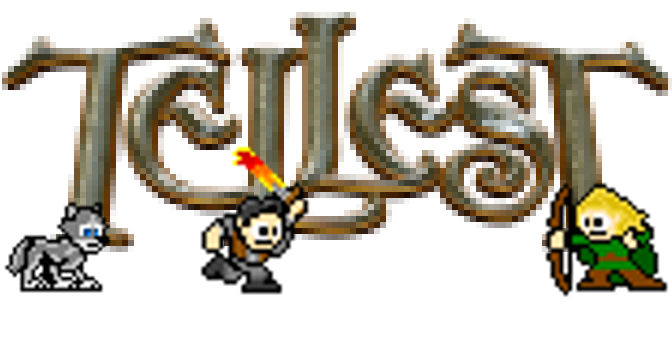 A lot of you might not know this, because this site wasn’t nearly as large as it is back in January of 2013, but our successful Kickstarter this year wasn’t actually our first Kickstarter.  You see, we tried to run a campaign for the third book in the Child of the Stars trilogy, The Enemy Within.  It was very touch and go, because the book is so large, and required a lot of editing, which is why one book was gunning for such a huge campaign goal.

Needless to say, the campaign stalled – and for good reason.  I don’t think I managed it right, and I think toward the end, I was actually glad that we didn’t meet our goal.

That said though, I think there are some things that we really missed out on because of that.  I’ve always been a big fan of retro games – stuff from the 80’s and 90’s, as you can see from the development we’ve put forth on Heart of the Forest.  So one of the things I was really excited to do was release some 8-bit button pins that you could clip to your bag, or a mirror cozy, something that was just quirky.  I actually had our whole A-list lineup of heroes.  Here’s just a couple of them:

Obviously they feel like Megaman.  But I think they turned out really well, especially Dirk.  What do you think?