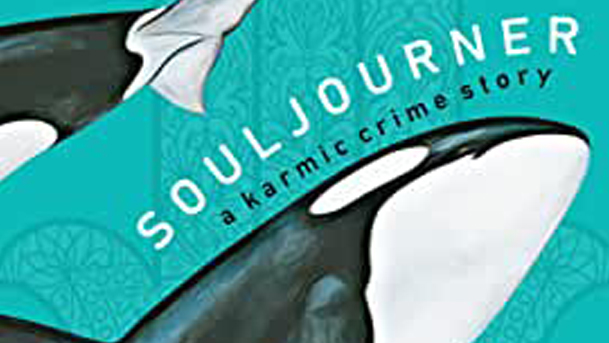 Greetings Otherworld travelers!  Welcome to our next stop, and you can be assured that today’s is a special one.  It’s a sort of urban fantasy adjacent tale that you’ll enjoy, especially if you’re into the sort of trippy coincidences that we sometimes see, dialed up to eleven.

Paul Steven Stone’s Souljourner: A Karmic Crime Story is a sort of metaphysical thriller that readers will find catching and entertaining, especially to those who consider themselves knowledge-seekers.  The spiritual world, as presented in Souljourner, is as much a world of fantasy as anything else, given its fantastic interrelation with—and impact on—the world we live in everyday.  Stone has a penchant for showing the importance of education, and the thrill of wisdom, both to his characters, and to his readers.  Souljourner expands on what one might typically think of understanding and knowing, complicated in the best of ways by the possibility of some lighthearted deceptions.  It’s a strange and exciting ride, every step of the way. 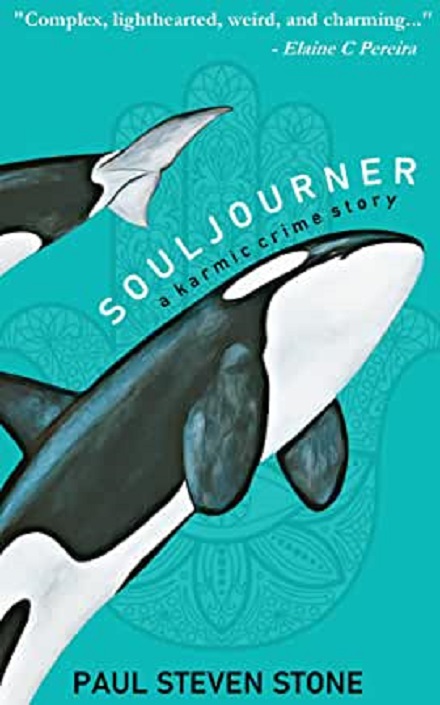 This is described as a karmic crime novel and is a different interweaving of Buddhist and other Eastern or New Age concepts as the backdrop of this book. We wonder what terrible things that David Rockwood Worthington, the hero of the novel did in a previous incarnation to warrant the eventual tragedies of his current life. He narrates the course of his past life and how he wound up in prison for murder. Other narrators such as his second wife Blossom (who seems to be a serious manipulator) or his prison psychiatrist tell their take on his story or some of their interactions with him. This book will take a careful read, and even then there is really a surprise ending that I did not expect. A second read is in order, and I recommend this book highly in the integration of concepts not usually found in crime novels. The narrative flows well and the author enjoys telling stories and playing his characters against each other.

Souljourner is the kind of unique read that you only find once in a blue moon.  Stone’s interesting interpretation of events and captivating storytelling style will keep the reader engaged from cover to cover.  It’s an especially good tale for readers who wants to see elements of themselves in the characters.  Stone’s book is the second of a trilogy, but both are written in a way that you can pick them up regardless of any chronology.  With a third on the way, there’s no better time than now to dive in.  Check out Souljourner: A Karmic Crime Story on Amazon today!